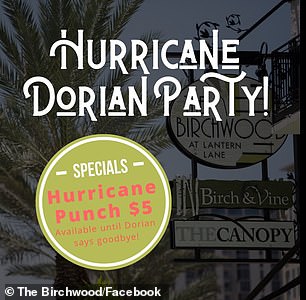 Hearing that a monster category 5 storm like Hurricane Dorian is barreling towards your home is enough to make most people flee in fear... but many Floridians are not like most people.

Here in the Sunshine State, where hurricanes are a common occurrence nearly every fall season, many locals opt to use the occasion to celebrate and socialize while others shutter their homes and businesses and some do both.

The Labor Day Weekend lead-up to record-setting Hurricane Dorian has been no different as dozens of flyers advertising related parties circulated on social media in spite of the large and powerful, looming natural disaster.

Hurricane parties are a way for some to blow off steam ahead of what could be one of the worst storms to ever to hit the state, according to WFOR-TV.

The people of Jensen Beach in South Florida prepared for the historic monster storm in the same way they spend any other Sunday: With a few drinks at the numerous local pubs. 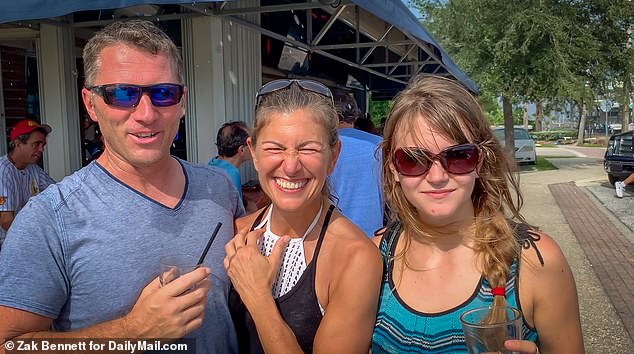 (From l to r) Jensen Beach locals Mark, Annette and Autumn enjoy a drink outside at Lures Riverfront Restaurant in Jensen Beach, Florida after finishing all their hurricane preparation work as Hurricane Dorian roars just 150 miles off the coast of Florida 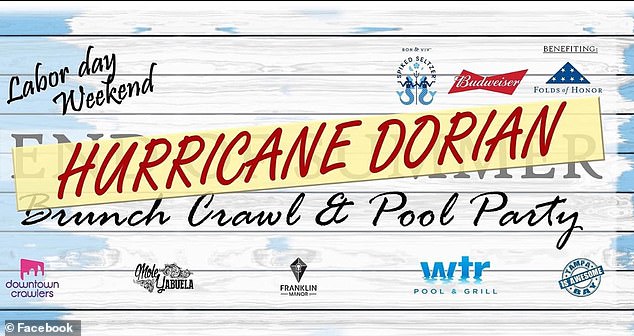 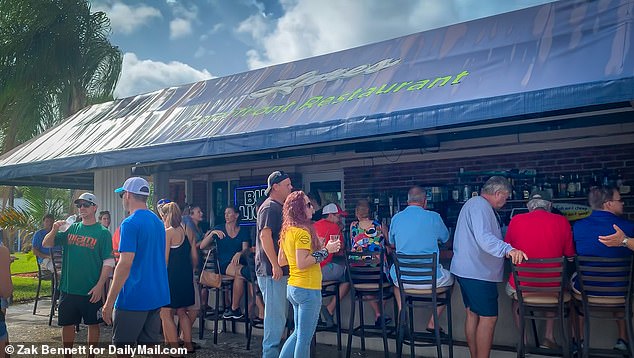 Jensen Beach locals enjoy a drink outside at Lures Riverfront Restaurant in Jensen Beach, Fla., as Hurricane Dorian roars just 150 miles off the coast of Florida 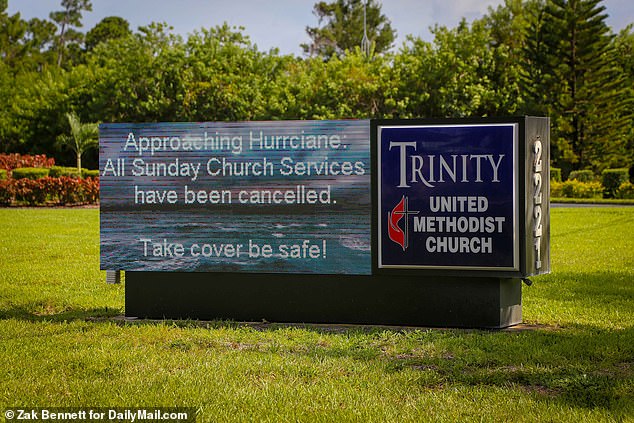 Trinity United Methodist Church in Jensen Beach, Florida has a sign up on Sunday announcing that church is cancelledas Hurricane Dorian roars just 150 miles off the coast of Florida

'We come here every Sunday for a bloody mary breakfast,' said Steve Grafton, 55, a local construction worker who spends his Sundays riding his Harley Davidson to watering-holes. 'I don't know why we would do anything different.'

It's not that the dozens of local residents who lingered Sunday in places like Crawdaddy's, a New Orleans party joint more than 750 miles from the French Quarter, and Lures, as in lures and tackle, took a cavalier attitude with the 220-mph hurricane.

It's just that, some said, they might as well party before, during and after – for as long as the house is secured and well-stocked with supplies. 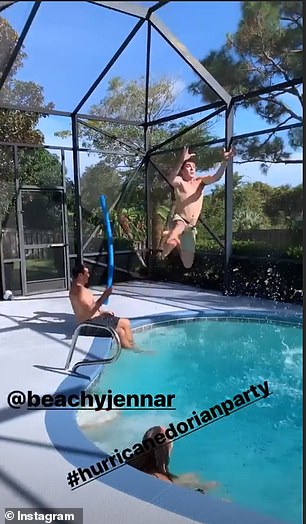 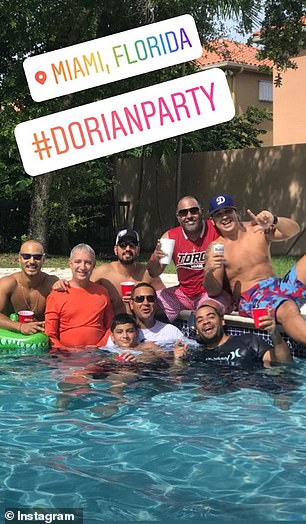 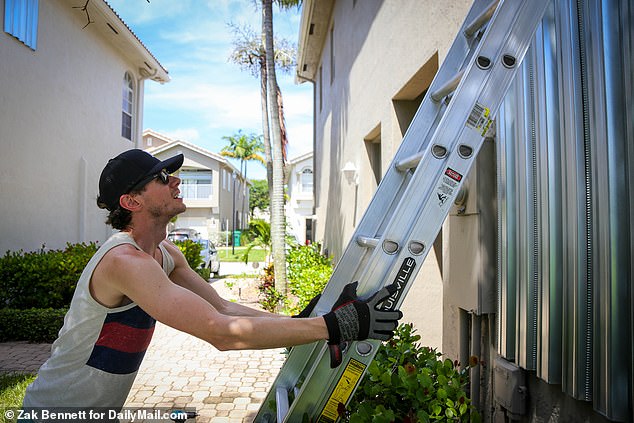 Chris Mead, a West Palm Beach, Florida local, decided to finish installing shutters after Hurricane Dorian appeared to jog south this morning. Mead plans to stay at home and have a hurricane