Twin girls, three, die in a hot car in 90F heat after 'climbing into the vehicle' following their disappearance from foster home in Georgia Raelynn and Payton Keyes found dead in a car in backyard in Hinesville, Georgia Police said not clear yet how twins died but temperatures reached 92 degrees  It is still unknown how the girls, who are in foster care, ended up inside the car

Two three-year-old girls were found dead in a car in the backyard of a home they were visiting in Georgia, police have confirmed.

Twins Raelynn and Payton Keyes were discovered inside the vehicle by their caregiver in Griffin Park, Hinesville shortly after 1.30pm on Sunday, WTOC reported.

Emergency services were then called to the Augusta Way home, and, shortly after, medics declared the toddlers dead.

An official cause of death has not yet been revealed for the two girls, pending an autopsy report, but temperatures had reached around 92 degrees Fahrenheit that afternoon. 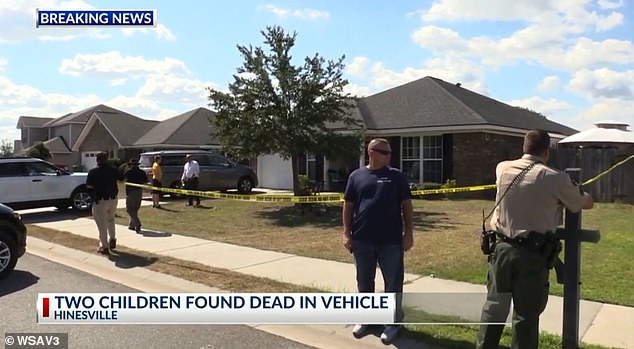 Police at a home in Hinesville, Georgia, where three-year-old twin girls were found dead in a hot car on Sunday afternoon

Captain Tracey Howard from the Hinesville Police Department said: 'We're planning to conduct a test with similar weather, with similar exposure, but typically,

PREV Small but mighty, a Washington florist battles back in the pandemic
NEXT Melbourne University axes 450 jobs after staff refused to take a 2 per cent pay ...

Why DID we let millions into Britain unchecked, MPs ask as a major report is ...