An Army veteran with a decade of service to the country is among a group of homeless men sleeping rough in a park next to the Imperial War Museum.

The 32-year-old man, who identified himself only as M, said he served as a safety car driver and has been living on the streets for the past 18 months after being discharged.

Now he and other rough sleepers have erected six tents outside the world-famous attraction in Kennington, south London. 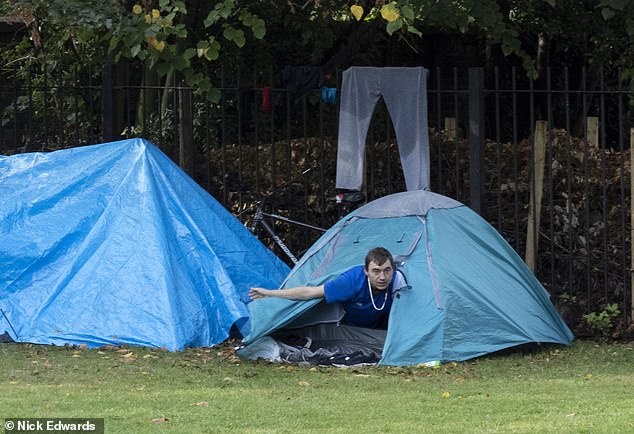 The tents were put up on a shaded part of a park outside the Imperial War Museum alongside bikes and clothes hung up to dry. The identity of the man in this image is not known 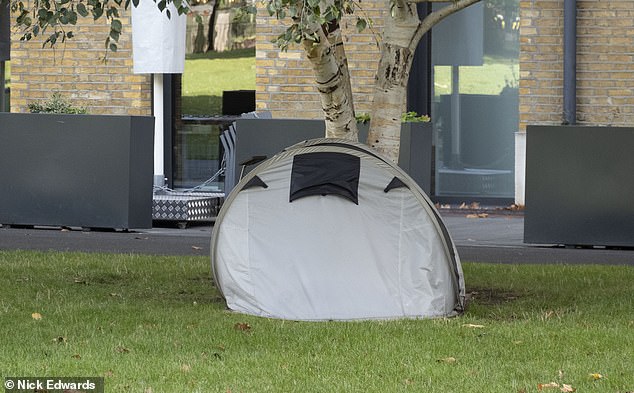 One of the tents underneath a silver birch tree in a green space next to the famous London museum. The park is owned by the local council, not the museum

He told MailOnline: 'I got here last night when it started raining heavily. I was up in the West End, near Soho. I've been sleeping rough for 18 months.

'When I left the Army I was given a rail warrant, that was it. They asked me where I wanted to go, and I said London.

'They gave me a travel warrant, and that was it. They didn't give me any other help.'

The veteran said he stayed in hospital for a while but it was infested with bed bugs and mice.

He said: 'To be honest, I do better out on the streets - mentally and financially - than I do in the hospital.'

M, who is originally from Workington in Cumbria, is one of at least three men sleeping rough in the grounds of the world-famous museum.

As well as the three tents in a shaded enclave of the garden, there is a further three round the corner from the main entrance to the museum.

M said: 'I work up in Soho - begging - and I sleep down here. This is my penthouse apartment.'

'Nobody from the museum has come out and spoken to us since we've been here. The police haven't come by.'

His bright blue tent, where he lives with a dog, is pitched next to another inhabited by an Irishman called Paddy, who did not want to talk. 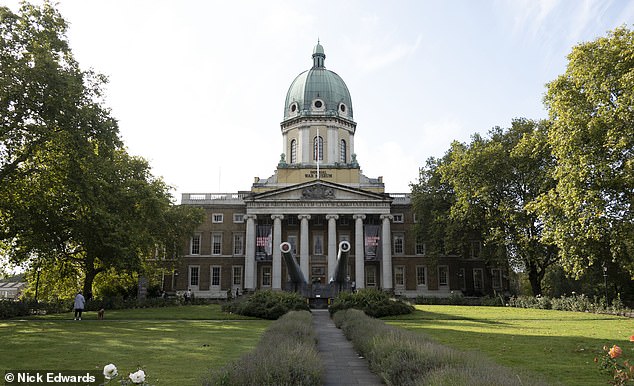 The Imperial War Museum, which occupies one of the buildings used by the Royal Bethlehem Hospital, or Bedlam, explores conflict from WWI to the present day 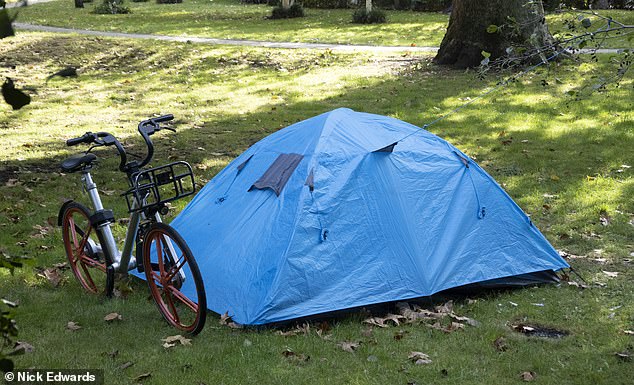 There were an estimated 8,855 people bedding down on London's streets last year, a record high for the capital

Gesturing towards a grey tent across from his own, M added: 'I haven't seen that guy there for days now.

'He might be dead in there, I don't know. It doesn't look very liveable does it.'

Since he's been homeless, M has become hooked on Spice - the synthetic so-called 'zombie drug' that has been causing havoc across London.