A climate changer protestor jetted in from the USA to join animal rights activists occupying London's famous meat market, before admitting he could be seen as a hypocrite for having a high carbon footprint.

He said: 'I'm part of the movement, but I am also making a documentary series on veganism which I travelled to 15 countries to make.

'I flew from the US, but I travel by train in Europe. I feel guilty about the pollution. It is hypocritical. But, there aren't many alternatives to flying these days, and trains aren't that clean either.'

Smithfield is the biggest meat market in the UK and is usually open from 2am until 8am to supply London's restaurants, cafes and hotels with the best cuts on offer.

Dozens pitched up tents overnight as they waited for traders to arrive in the early hours - only to stop them setting up their stalls by covering them with fruit and vegetables.

The protest sparked fury among workers and meat-lovers alike, with many claiming demonstators are 'interfering with people's livelihoods'. 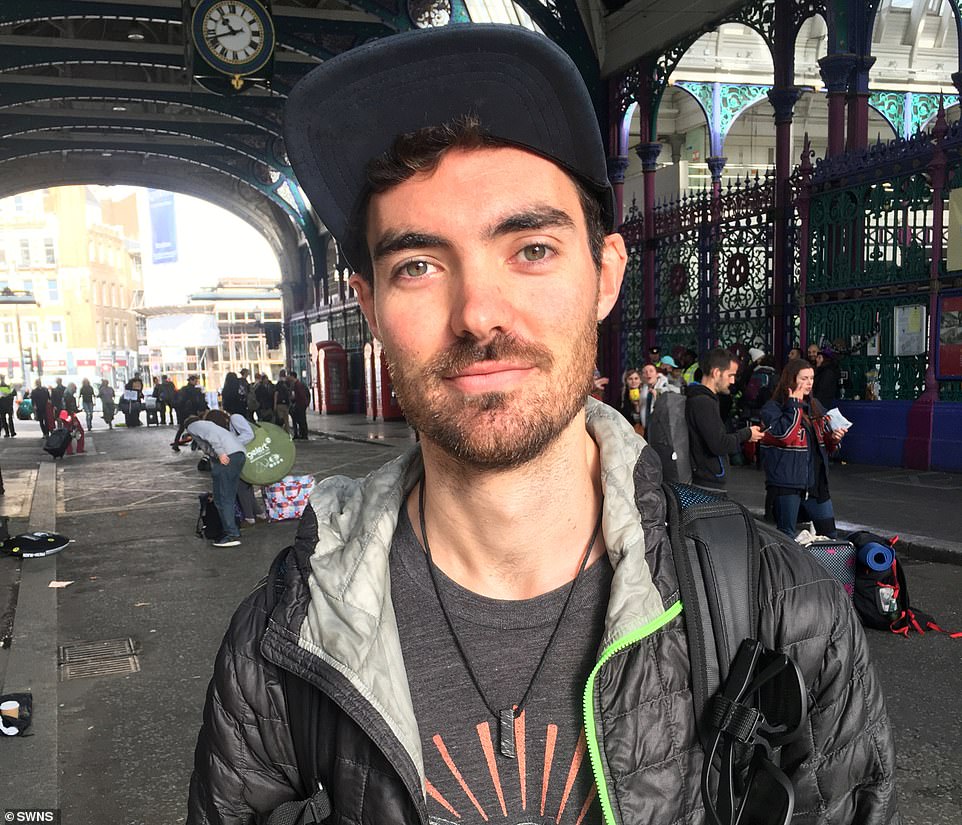 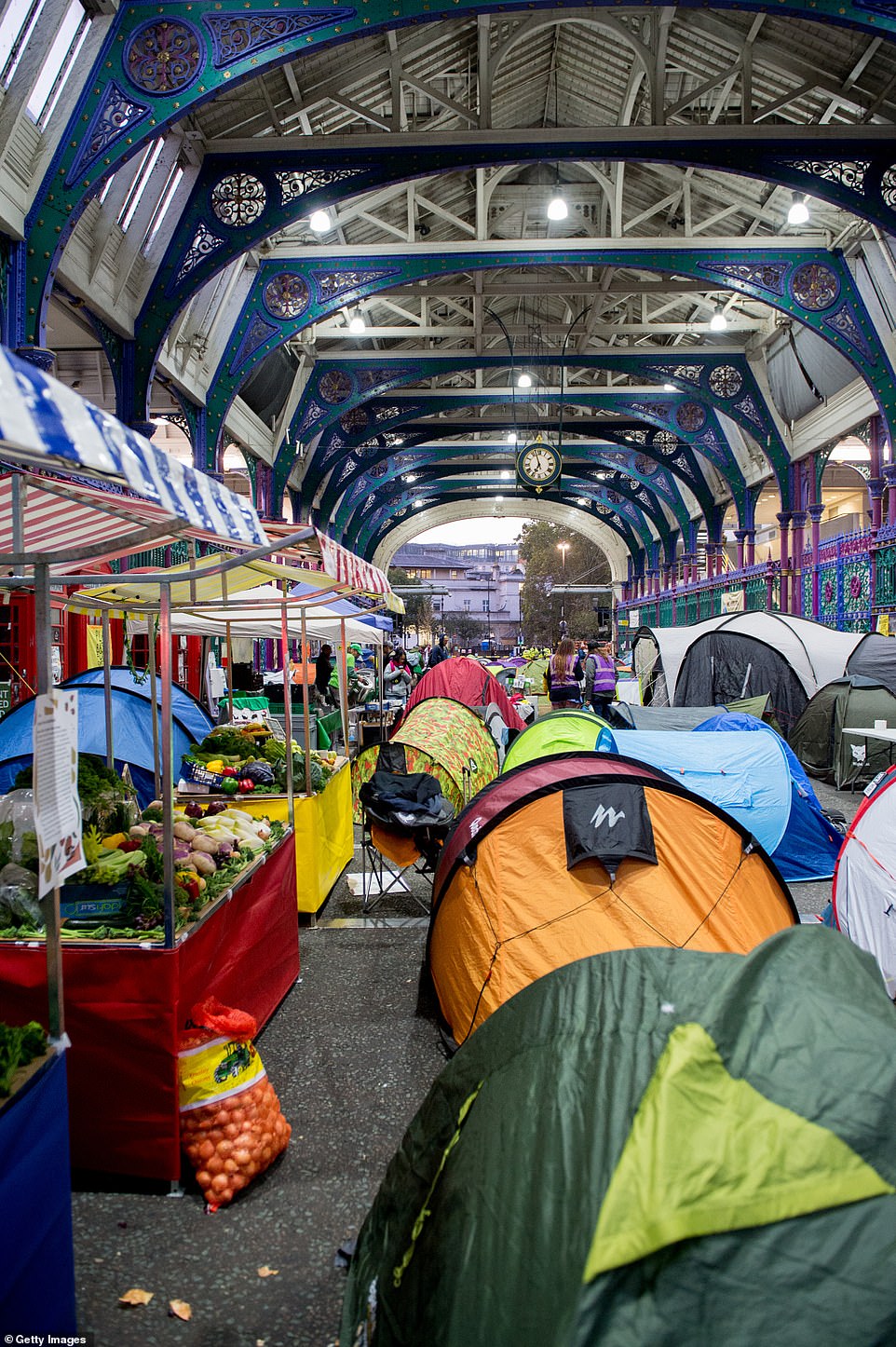 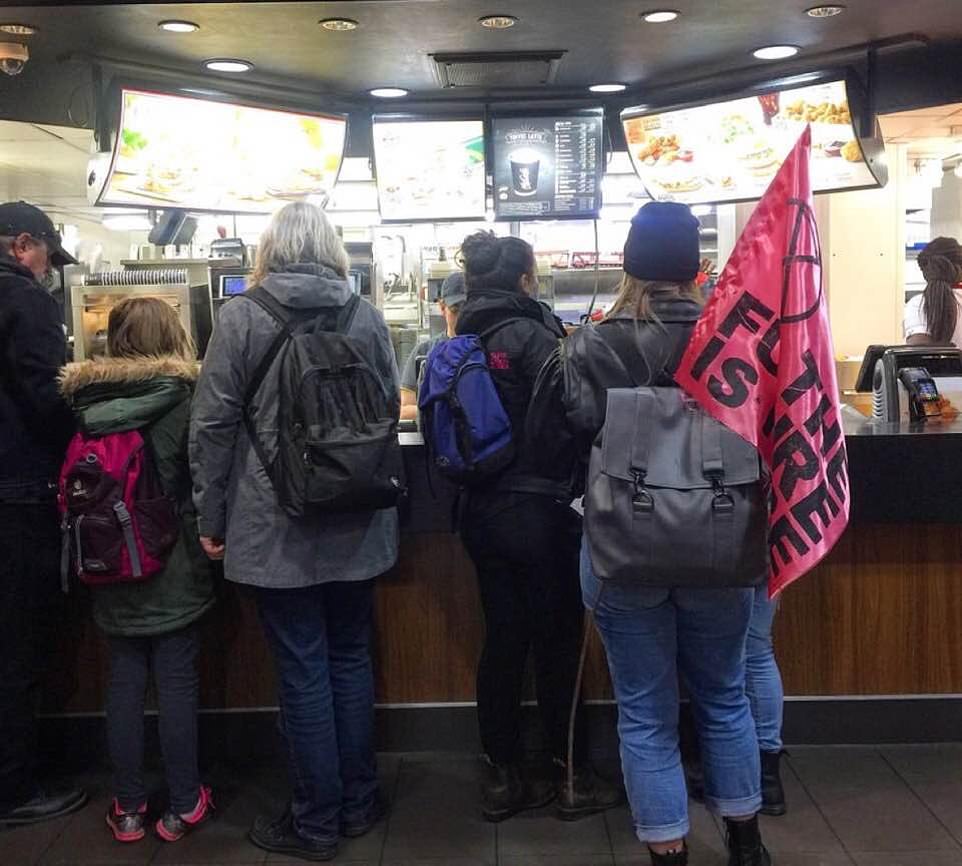 There were further accusations of hypocrisy after their Extinction Rebellion colleagues were pictured queuing up for snacks at McDonald's and Pret A Manger.

Smithfield meat traders were also enraged after they were told by the City of London Police not to use their lorries' horns in case they woke sleeping protestors.

Animal Rebellion activists, who were also joined by TV presenter and animal lover Chris Packham, want the iconic market to be turned into a 'plant-based emporium' and staged a 'people's assembly' and a candlelit vigil yesterday to remember 'all the animals that have been killed' for meat production purposes.

Mr Hoot, who describes himself as a 'vegan activist' and 'slam poet' recently tweeted: When talking about ending animal farming, people always talk about 'their' problems with it. How it inconveniences them, how it's too extreme for them, etc etc.

'There are animals being murdered and you're telling me that you don't like broccoli. Have some f***ing perspective.'

The documentary maker claims to have planted '6,108' trees to offset the emissions from his travels to make the documentary.

He said of today's Smithfield event: 'The protest was a great success. It was about raising awareness, and showing people what this market could become. It's the largest meat market in Europe and has been going for about 800 years.

'They used to sell women here and it has evolved with society over time. This market could easily switch to selling fruit and vegetables, especially as people start plant-based diets.

'The protest was about showing people what this market could easily become, even within just a few years.'

Former beef burger-lover Chris Bartley, of Lowestoft, Suffolk, took part in the protest after switching to a plant-based diet three years ago.

He said: 'I feel awakened. I was a big meat eater before. I switched for my health and to stop harming animals. It's not an environmental stance.

'I have reservations about the climate protesters. I broadly agree with the message, but it's not my position.' 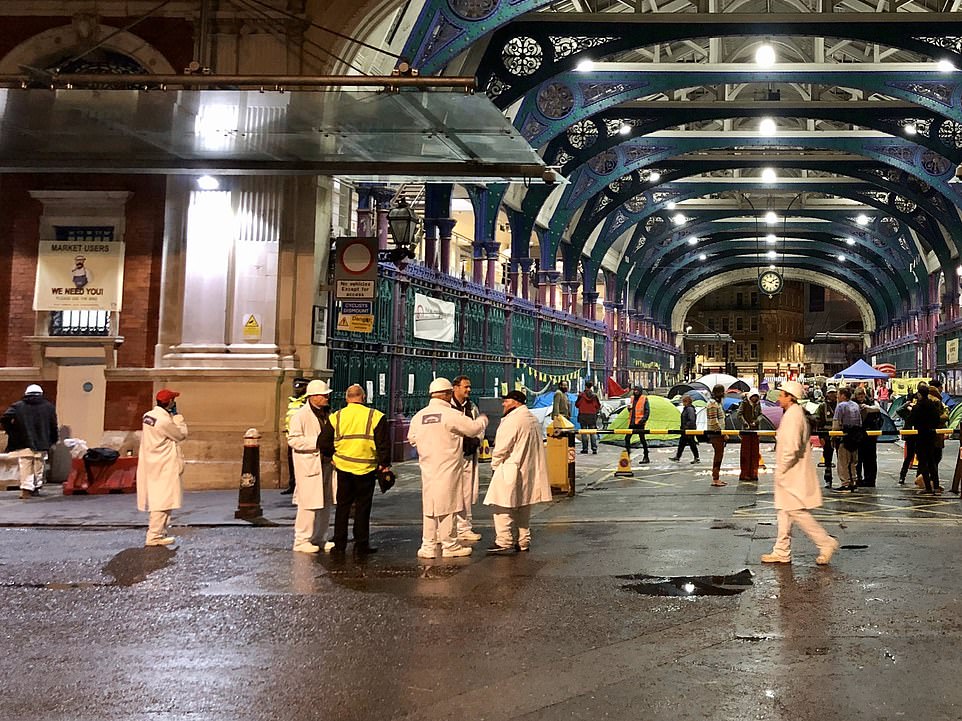 Extinction Rebellion vegans have sparked fury by forcing out meat traders (pictured in white) from London's famous Smithfield Market, setting up tents overnight and covering their stalls with fruit and veg 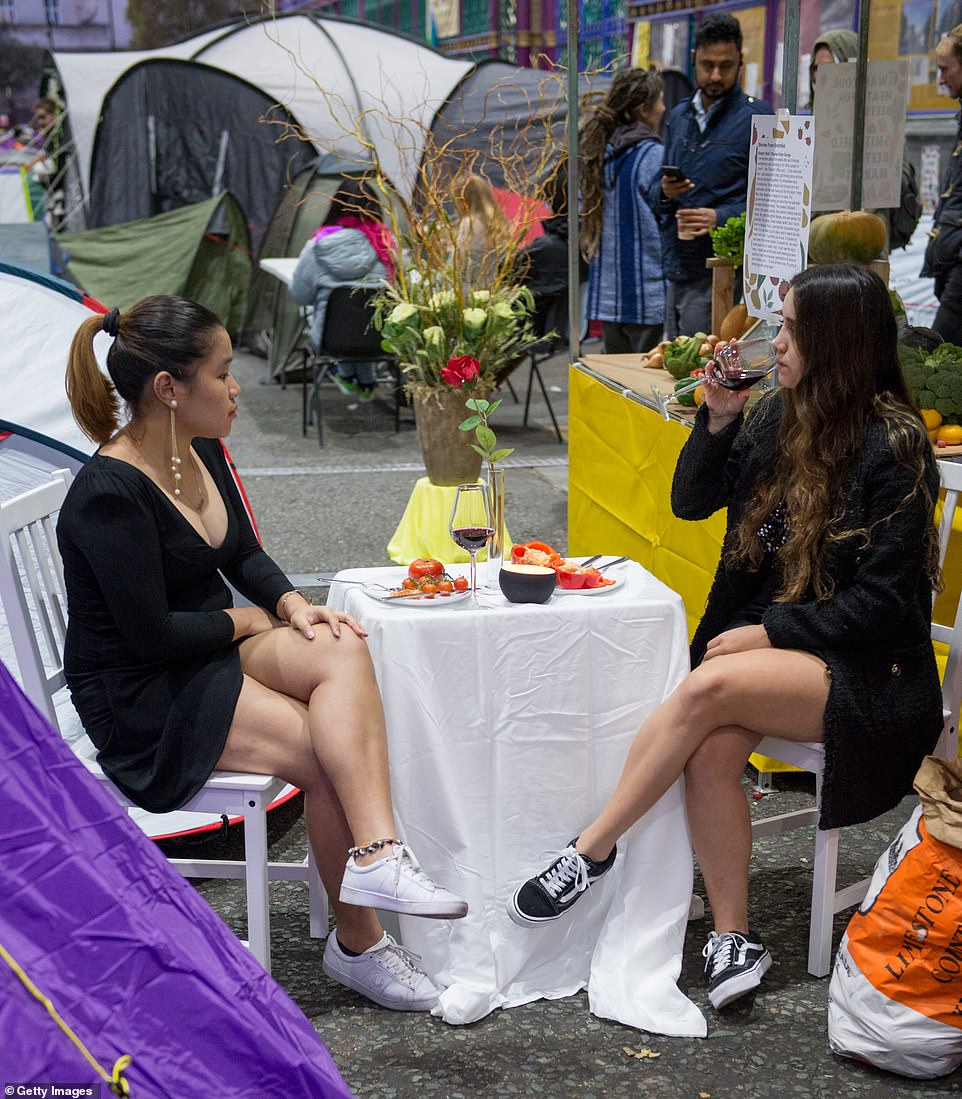 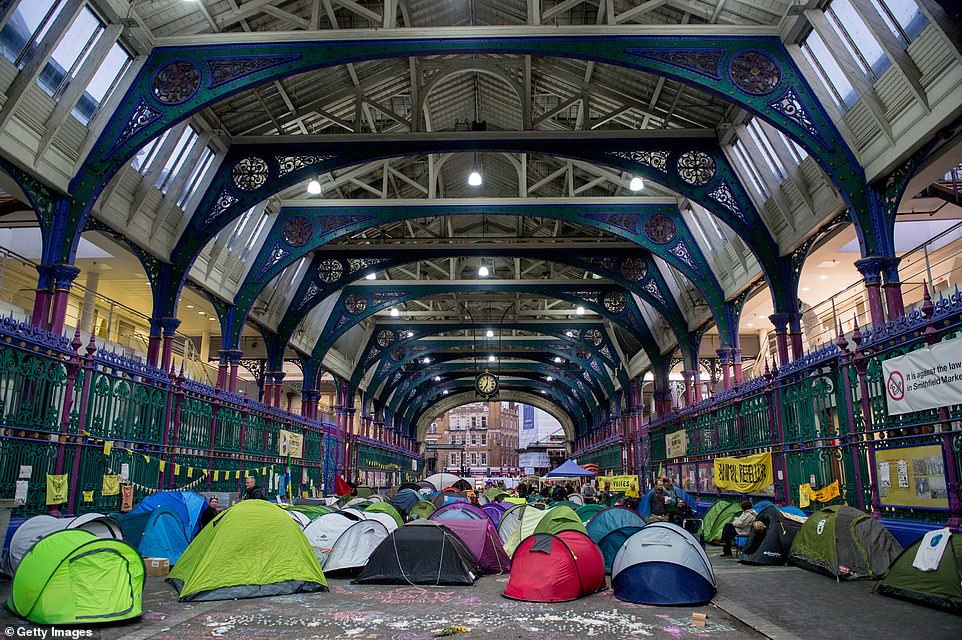 Dozens of protestors from 'Animal Rebellion', an extreme vegan branch of Extinction Rebellion, camped out overnight waiting for traders to arrive for work in the early hours - only to stop them setting up their stalls and covering them with fruit and veg

He added: 'Some militants within the movement didn't agree with our peaceful stance and wanted to stop the trade.

'But, we made an agreement with the market that the protest would be peaceful, and it was.'

Mr Bartley works as a

PREV Ukraine happy impeachment is over, wants to advance US ties
NEXT Former Belgian-Nicaraguan political prisoner calls for probe into Ortega government