Pictured: Man accused of being part of 'Britain's biggest drugs gang that imported 50 TONS of heroin, cocaine and cannabis hidden children's juice drinks in lorries from Holland' Police said yesterday that they had uncovered a huge drug smuggling operation 13 men accused of a number of offences appeared in court in Manchester today 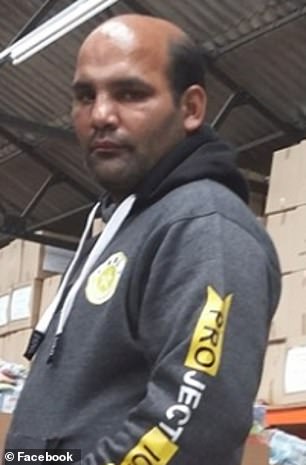 Thirteen men have appeared in court in relation to an alleged plan to import billions of heroin, cocaine and cannabis into the UK.

Police have said a gang smuggled in an estimated 50 tons of heroin, cocaine and cannabis hidden in fruit juice and vegetables in lorries from the Netherlands.

The accused men appeared in the dock in Manchester today and were the case would be transfered to the city's Crown Court Crown Square next month.

A number of family members attended the hearing.

Vojtech Dano, who has posted photos of himself on social media, was