Kelly is 23 years old. She is a bright and thoughtful young woman with an attractive smile that flits across her face occasionally as we spend several hours discussing her background, her family and her short life.

With her long, tousled, chestnut hair and short, checked red dress, she looks like many of the 50,000 cheerful students who throng the bustling Belgian city of Leuven, home to the country's biggest university.

Yet there is a big difference. For this friendly woman sitting on the sofa beside me – someone younger than both of my own children – is telling me an anguished tale of deep personal torment.

'When I look in the mirror, I see a monster,' she says at one point, although dark rings around her eyes are the only outward sign of her struggles. 'I really don't like what I see.' 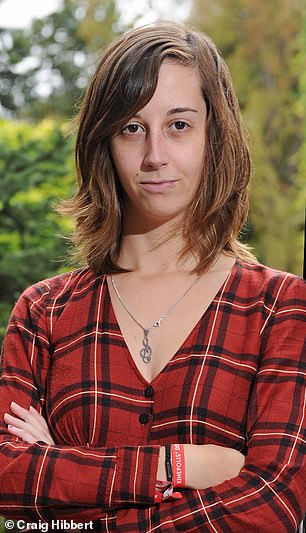 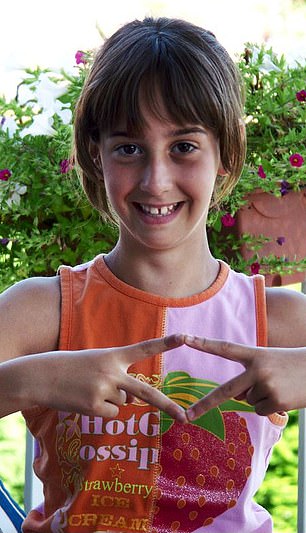 Kelly aged 11, right, and left, now, aged 23. She says she has never had happy days in her life 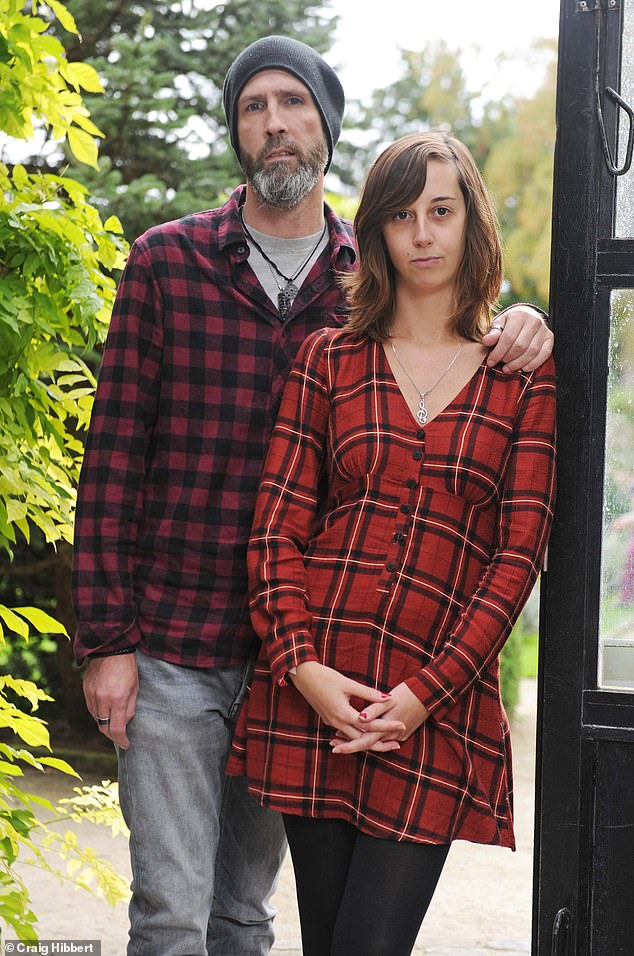 Such words do not seem to match the person speaking them. But Kelly is plagued by mental health problems that she describes as being like a knife plunged in her chest – and we are meeting to discuss her determination to die.

'It is like going to sleep, and for the first time in my life it will be quick. I won't be lying in bed waiting for it to come.'

In almost every place on the planet, this would be a huge problem. But Belgium is one of three countries that permit such euthanasia, making no distinction between 'unbearable' physical and mental pain. The other two are Holland and Luxembourg.

Yet even in Belgium – which, 17 years ago, became the world's second country to sanction euthanasia and the first to legalise it for children – psychiatric cases remain controversial, especially when they involve someone as young as Kelly. Mental health patients account for about three per cent of the 17,000 people killed since the law was changed in this country of 11 million citizens. There were 2,357 deaths last year – ten times as many as in the first year euthanasia was legal in Belgium – and most involved elderly people.

Many psychiatrists and most Belgians oppose extension of euthanasia to mental health cases. Some experts argue diagnosis is subjective, unlike severe physical illness, and insist the lives of distressed younger patients can improve with time, therapy and medication.

Yet Kelly, whose birthday is this week, plans to die as soon as legally possible so has no time for such arguments. 'It feels like discrimination,' she said. 'It makes me angry. It's just not fair. They don't understand the pain.

'People look at me and see someone so young but I feel bad inside all the time. It is not the age that is important but the suffering of the person.'

This woman – so open and yet obviously troubled – highlights the complexity of this issue as Britain faces growing pressure from some patients and politicians to permit doctor-assisted death.

Kelly lives with her family near Leuven – yet incredibly had not told her parents, identical twin sister or younger sibling of her plan. She was due to break the news to them four days after our discussion, something she admitted she was dreading.

'It is not going to be easy to tell them. I think my sisters will understand more than my parents. But it will obviously be very difficult, especially for my twin sister.'

The reason for her failure to tell her family soon becomes clear. She is fond of her father, a salesman, but said her relationship with her mother, a former cleaning lady, was very difficult, leaving her feeling unloved and insecure at home.

'As a child I did not understand what was happening,' she says.

Her stresses were fuelled by crippling shyness. 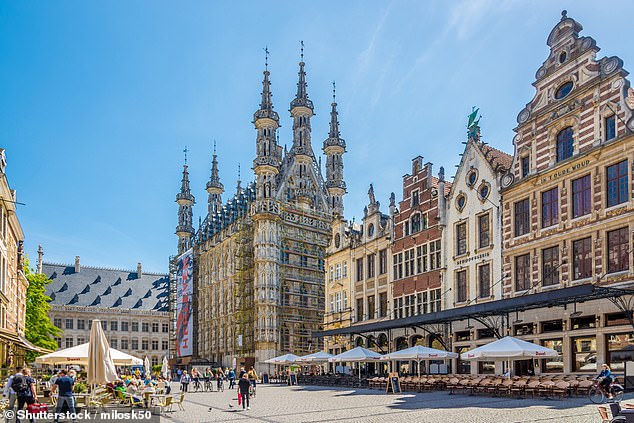 Kelly lives with her family near Leuven (pictured) – yet incredibly had not told her parents, identical twin sister or younger sibling of her plan

This was intensified by living in the shadow of a more extrovert twin sister – which allowed Kelly to withdraw into a shell – and frequently changing schools as the family moved between rented homes. The twins were often identically dressed, even as teenagers, although their parents made some efforts to encourage their individuality.

'My sister did everything, such as making friends for us, so I never really had to do these things for myself. It felt like we belonged together, although I now see we were very different.

'But we were always together. Then when we were separated at school, I found it difficult.'

Kelly focused her efforts on working hard and trying to please her teachers. But she says she always felt lonely and unhappy – and even when she did bond with new friends, it seemed as if they were drawn to her vivacious sister. 'I tried telling her once how I felt, that it felt like she stole away my friends. I don't think she understood.'

I asked if she had ever been to a party? 'Yes, I went once and it was awful,' she replied. She tried asking a few friends to her house for a sleepover around the same time, when she was 16. 'But only one came, so I felt rebuffed.'

These are, of course, standard social anxieties for