Houston Texans wide receiver DeAndre Hopkins and his mother have opened up about their close relationship, after an acid attack left her blind.

Hopkins and his mother Sabrina Greenlee spoke out in an interview with ESPN, describing their journey together from a life of poverty in South Carolina to the heights of NFL greatness.

Now, Greenlee attends all of Hopkins' home games, and sits in the same seat in the end-zone, where her daughter whispers descriptions of every play.

If Hopkins catches a touchdown pass on her end of the field, he is adamant about handing the ball to Greenlee every time, proudly insisting that his mother share in the glory.

'I'm always picturing her, whenever I make a catch, her reaction,' he told ESPN. 'And sometimes, when I drop a ball, I'm like, 'Darn it. I let my mama down.' 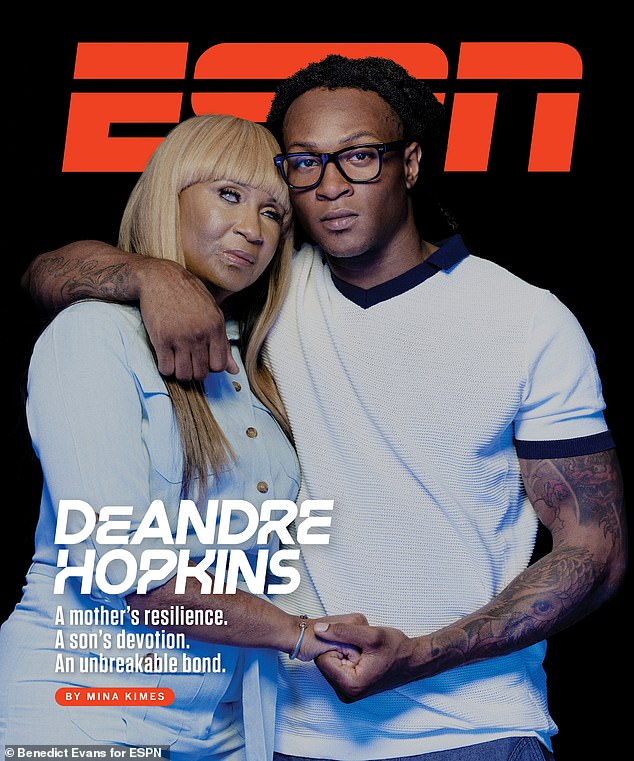 Hopkins and his mother Sabrina Greenlee spoke out in an interview with ESPN , describing their journey together from a life of poverty in South Carolina to the heights of NFL greatness 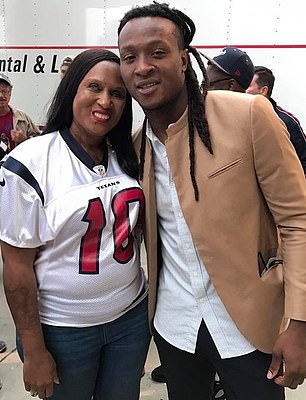 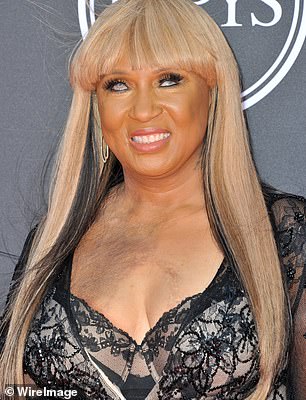 Hopkins is inseparable from his mother, who was blinded in an acid attack in 2002

Hopkins grew up near Central, South Carolina, and his childhood was marked by tragedy.

When he was just a baby, his father Steve died in a car wreck while free on bond for drug trafficking charges.

Greenlee was only 23 when Steve died.

'I was lost, and I didn't really know how to take care of the kids,' she told the outlet. 'Making ends meet was tough because I'd always depended on guys to do that.'

When the children were young, Greenlee held down two jobs, working at an automotive plant during the day and as an exotic dancer at night.

A survivor of domestic abuse, Greenlee continued to be drawn to the wrong kind of men. 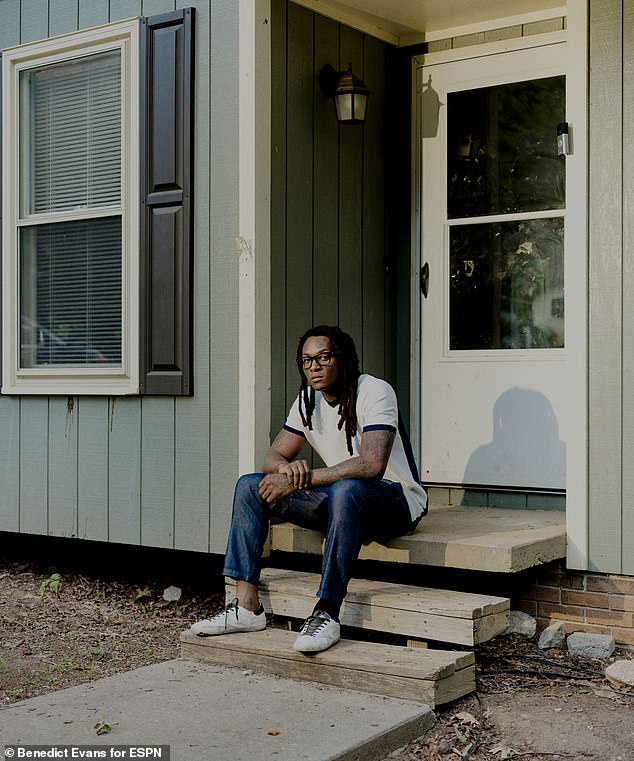 Hopkins is seen on the porch of his childhood home in South Carolina. His early life was marred by tragedy, first the death of his father in a car crash, and then the attack on his mother

On the morning of July 20, 2002, Greenlee woke up and saw that her car was missing from their driveway.

She quickly surmised that a man she had been dating for a few months had borrowed it without asking, and rushed over to the place he was staying to retrieve it.

When she arrived, he apologized profusely. Then a woman, whom Greenlee didn't recognized, stormed out of the house in a jealous rage, toting a bucket filled with bleach mixed with lye.

The jealous woman hurled the bucket's contents in Greenlee's face before she knew what was happening. 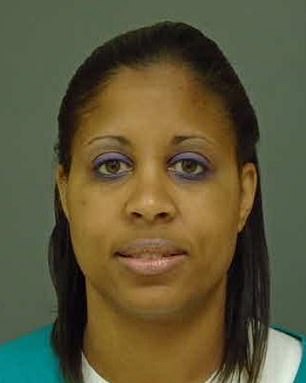 'And as I'm lying there, the first thing I'm thinking is, "Why would someone pour warm water on my face?'' she says. 'But a couple of seconds later, I realized it wasn't warm