A bungling art thief is being hunted by police after trying and failing to steal two Rembrandt paintings from England's oldest gallery.

The masked burglar managed to get into Dulwich Picture Gallery and take two masterpieces by the Dutch artist off the walls.

But he was rumbled when he accidentally triggered the security alarm, installed after a string of thefts at the museum.

Police were scrambled to the gallery in south London at 11.30pm last night where they confronted the intruder and started to chase him.

But he managed to escape after turning around and spraying one of the officers with an unknown substance.

Both paintings were found soon after in the grounds of the gallery, which was designed by Sir John Soane and opened in 1817. 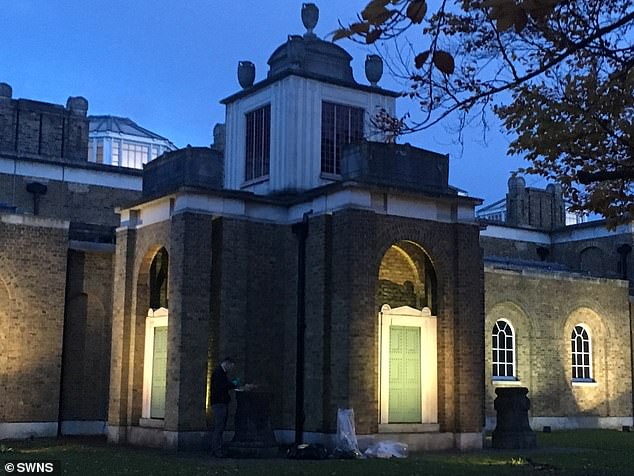 Police were scrambled to Dulwich Picture Gallery in south London (pictured this evening) at around 11.30pm last night where they found the masked intruder had forced his way in 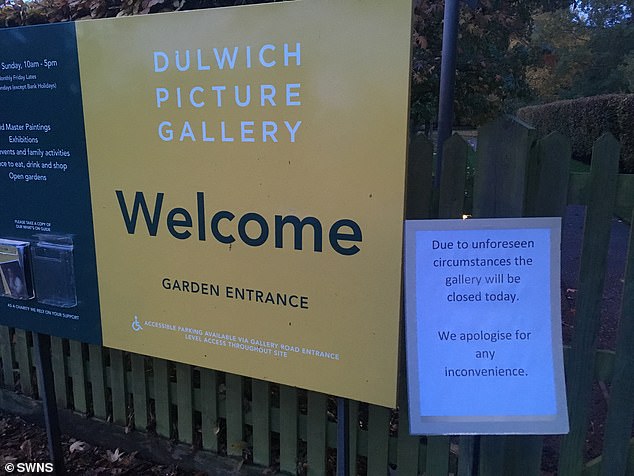 The gallery was closed today while officers carry out their investigation. No arrests have been made 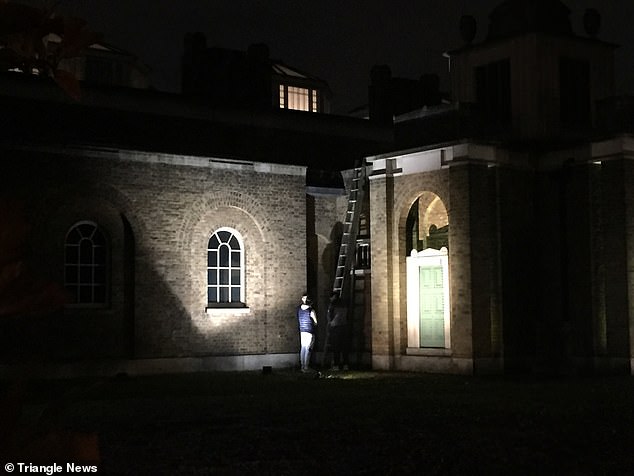 A manhunt is now underway to find the bungling thief. The officer was not harmed and was able to carry out the rest of his duties that night.

The gallery was closed today and will remain shut tomorrow while officers carry out their investigation, a security guard said at the scene. No arrests have been made.

Dulwich bosses this evening refused to reveal which two paintings were taken and quickly recovered, but they are likely worth £100,000 combined.

Police were seen on the roof this evening, while other officers collected bags of evidence and forensics scoured bins within the grounds.

Rembrandt is known as 'one of the greatest painters that ever lived', with his work still being showcased 350 years after he died.

The works of the Dutch artist were on show at the gallery, which was made an independent charity in 1994. 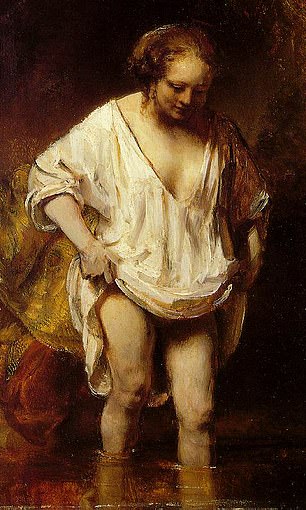 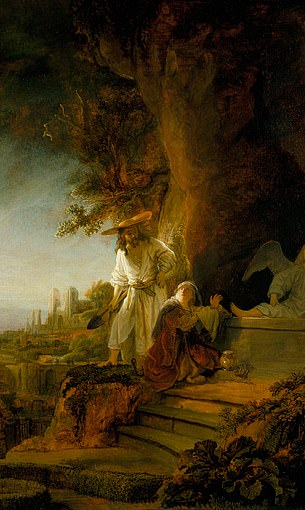 Two of Rembrandt's masterpieces, A Woman Bathing In A Stream (left) and Christ And St Mary Magdalen At The Toomb (right)

Art lovers and Dulwich locals spoke of their shock and sadness after the failed heist.

Resident Bridget Furst, 70, who visited the gallery last week, said: 'It is a beautiful exhibition and it is very intimate. You can get very very close to the paintings.

'I have been to hundreds of exhibitions and this is one of the best. It was very busy.

'My friend came from north London this morning to see it but when we arrived it was closed and police would not say what had happened.

'The gallery also have a couple - the collection was bought lock, stock and barrel from the King of Poland. One of the Rembrandts was stolen a couple of times before.

'They found it rolled up in the back of a cab somewhere. If it is one of the really valuable paintings, that is incredible to think they nearly got away with it.

'I cannot imagine how they got in because the two ways in have really heavy duty doors.

'I wonder if they went through the roof again. There is not an easy way in - they are big metal doors and