Jeffrey Epstein’s private jet included stewardesses who appeared to be underage and dressed in ‘candy stripers’ outfits as well as ‘bedrooms’ in the back of the aircraft, a former co-pilot is said to have revealed.

Mike Fisten, a former police detective in Miami-Dade, Florida, told Fox News on Saturday that he learned of these details from a co-pilot who made several international flights on Epstein’s plane.

‘I’ll never forget sitting in this guy’s living room up in this really nice area of Wellington, Florida, and talking to him,’ Fisten said.

Fisten, who was hired by a lawyer of one of Epstein's alleged sex trafficking victims to investigate the financier, said he then noticed a photograph of the man with his daughters. 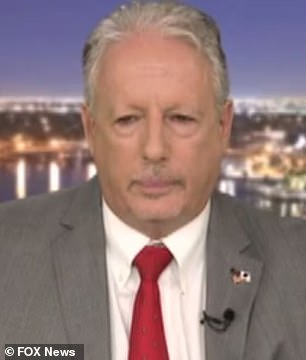 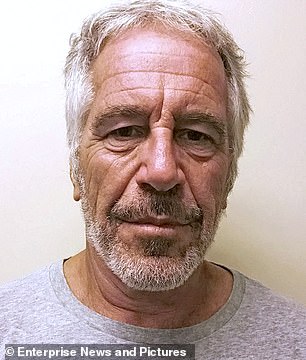 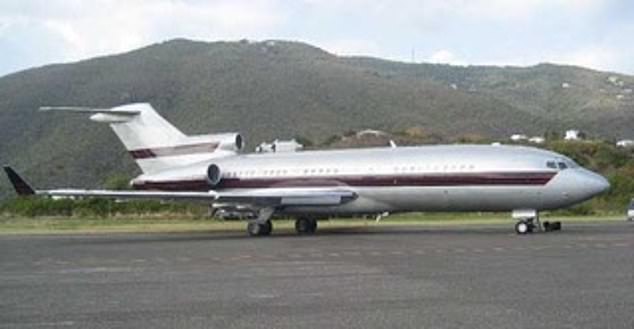 ‘I said, “Look at your daughters. They could have been victims.”

‘And the guy started tearing up and he started talking.’

The co-pilot told Fisten that he flew ‘all over the world’ with Epstein.

The former detective then added: ‘Hillary [Clinton] never flew on the plane - that we knew of. 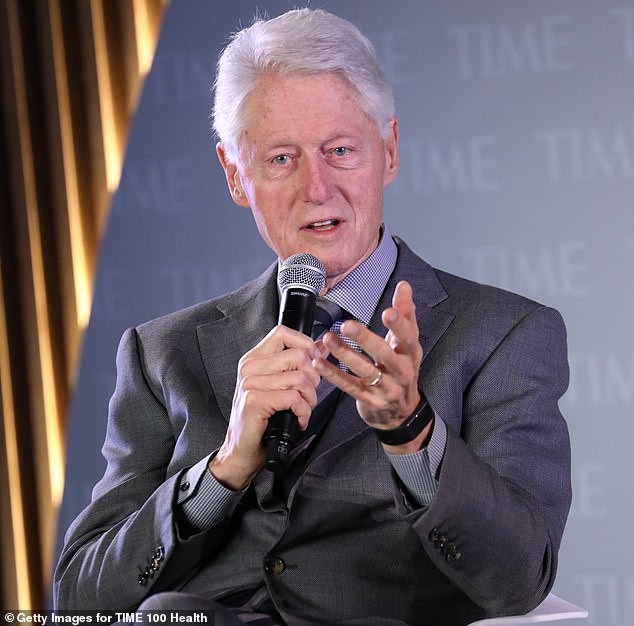 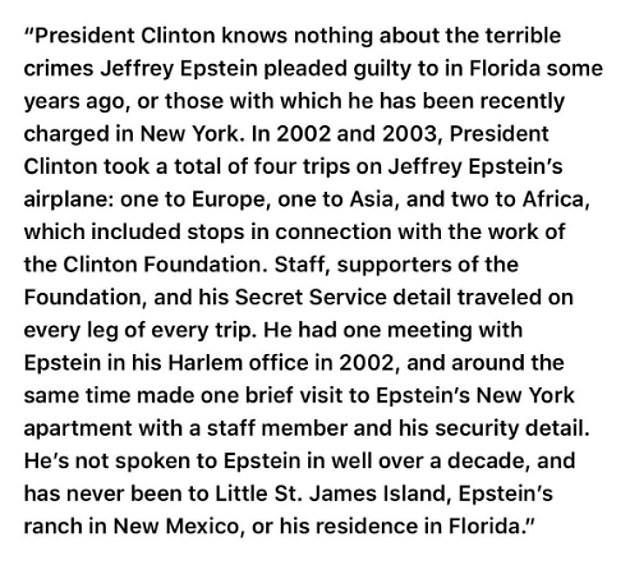 ‘[Chelsea Clinton] was never with him.’

The former homicide detective was first hired to trace Epstein back in 2009 by attorney Brad Edwards, who was representing alleged victims of the businessman in various civil suits.

In July, the former president denied that he had flown with Epstein as often as has been claimed.

‘President Clinton knows nothing about the terrible crimes Jeffrey Epstein pleaded guilty to in Florida some years ago, or those with which he has been recently charged in New York,’ a statement released by his office read.

‘In 2002 and 2003, President Clinton took a total of four trips on Jeffrey Epstein’s airplane: one to Europe, one to Asia, and two to Africa, which included stops in connection with the work of the Clinton Foundation.

‘Staff, supporters of the Foundation, and his Secret Service detail traveled on every leg of every trip.

‘He had one meeting with Epstein in his Harlem office in 2002, and around the same time made one brief visit to Epstein’s New York apartment with a staff member and his security detail. 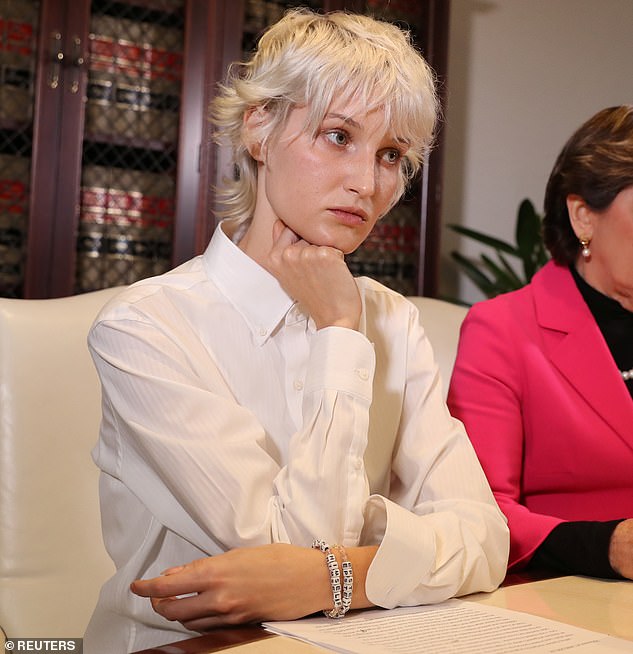