Former NBA player is warned and fined $1,400 for failing to gaze at the flag of China during a national anthem ceremony while playing for a Chinese club Former Boston Celtics forward Guerschon Yabusele received 'a serious warning' The French native currently plays for the Nanjing Monkey Kings in eastern China  Chinese law demands citizens salute the flag with their eyes during the anthem The 23-year-old player has apologised to the Chinese public for his behaviour

By Tracy You For Mailonline

A former NBA player has been warned and fined after failing to gaze at the Chinese national flag during a national anthem ceremony before a basketball game in the country.

The 23-year-old, who left the NBA in August, was given a 10,000 yuan ($1,420) fine by China's professional basketball association, which condemned him for not paying respect to the national emblem.

Yabusele has apologised to his fans and the Chinese public for his behaviour. He said he was praying at the time. 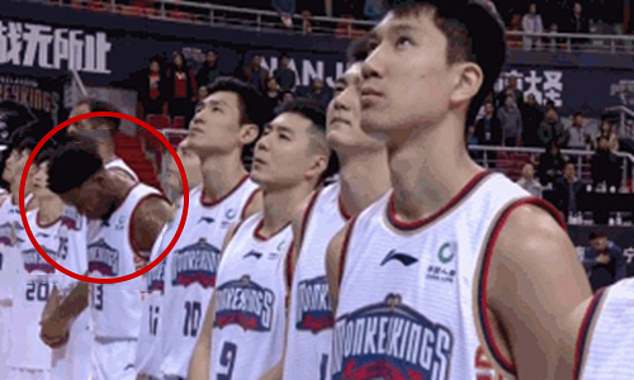 Footage distributed online showed the French native with his head bowed while his Chinese and foreign teammates directed their gaze at the Chinese flag prior to the game against Zhejiang on Friday.

The Chinese Basketball Association, known as the CBA in short, said in an online statement on Saturday that Yabusele's behaviour violated the league's disciplinary guidelines.

The authority said it had decided to give Yabusele 'a serious warning', according to the notice which has been removed from the Association's website for unknown reasons.

He said his act was