A new Banksy mural has already been defaced just hours after it appeared on a wall in Birmingham, sparking anger among art fans.

Bright red noses have been sprayed on two reindeer by a vandal after the world-famous artist unveiled his latest artwork in the Jewellery Quarter on Monday.

The festive-themed painting had appeared overnight depicting two reindeer pulling a bench as a sleigh in a bid to highlight the homelessness problem across Britain. 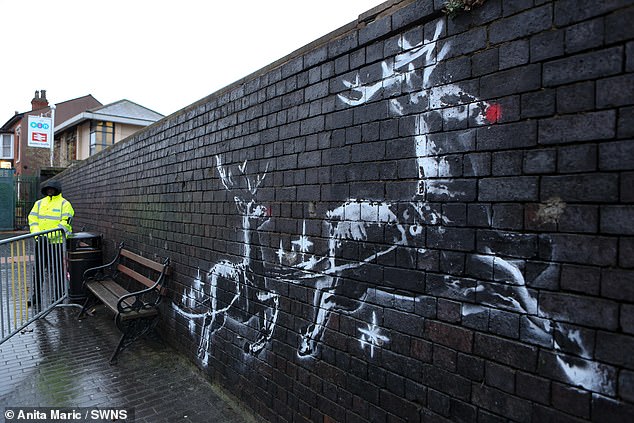 But within hours of the work being confirmed as a genuine Banksy, a young man in a hoodie was spotted at the scene with a can of red paint.

He reportedly asked onlookers 'Shall I tag it?' before ignoring the crowds pleas not to and giving the reindeer a Rudolph-style makeover.

It meant the Jewellery Quarter Business Improvement District (BID) was forced to employ 24 hour security overnight to protect the art from further vandalism.

They are now considering covering the mural in a perspex glass after their was 'talk of thieves stealing it brick by brick.'

Steve Lovell, marketing manager at the Jewellery Quarter BID, said: 'When we learned a Banksy had appeared, we were obviously delighted.

'It is truly an incredible and thought-provoking piece, which highlighted a genuine crisis in our city.

'But we were astounded to hear it had been defaced so soon after appearing, it was only a matter of hours.

'A young guy just jumped over the barriers and sprayed two noses on it, which is inaccurate to start with as only Rudolph has a red nose. 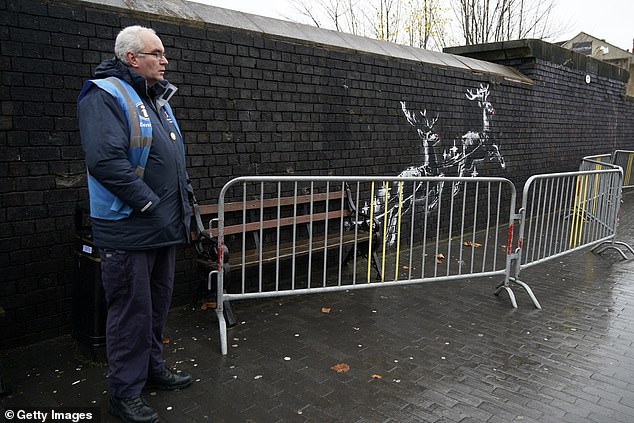 A council worker (above) stands guard after the act of vandalism. 24 hour security was also employed overnight in the Jewellery Quarter to protect the new artwork 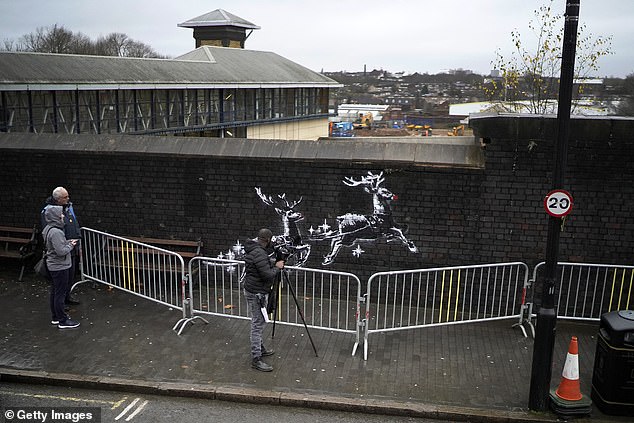 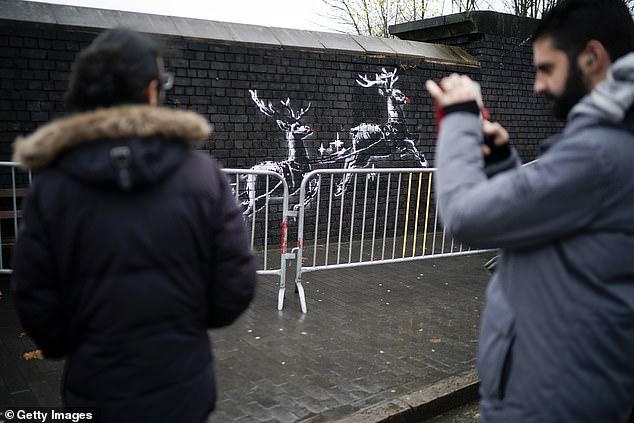 Steve Lovell, marketing manager at the Jewellery Quarter BID, said he was 'astounded' to hear the mural had been defaced so soon after appearing on the wall

'He was asking the crowds whether he should do it and people were begging him saying 'please don't do it, please don't do it.' We were shocked and disgusted and one of our executives tried to clean it off, but to no avail.

'She stayed there until quite late into the evening before he could get security to watch it overnight. They were still there this morning when I arrived for work.

'We are now considering how to protect it as there was even talk of thieves coming and stealing it brick by brick. Its a railway bridge so that would be extremely dangerous.

'But Banksy has himself admitted his work gets defaced, it is street art at the end of the day. However, we still want to preserve it.

'There is so much footfall past the painting so we want to protect it the best we can because we are honoured to have a Banksy here in the city.'

The vandalism was also slammed by disgusted art fans and Brummies on social media after the man, believed be aged in his mid 20s, struck at around 5pm on Monday.

One Twitter user wrote: 'That's why we can't have nice things in Brum...' 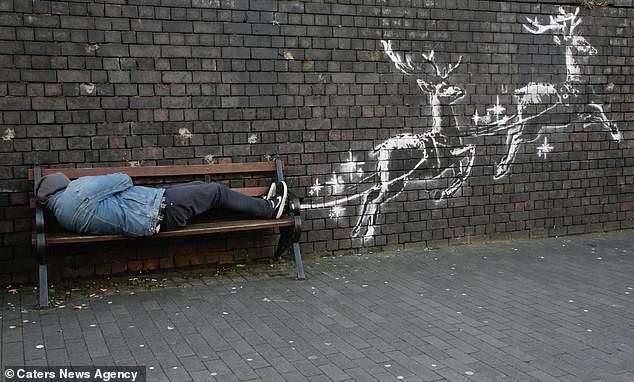 The artwork shows a homeless man on a bench being pulled along in a reindeer sleigh. One man claims to have seen two workmen early on Friday morning working on the wall, but thought they were from the council 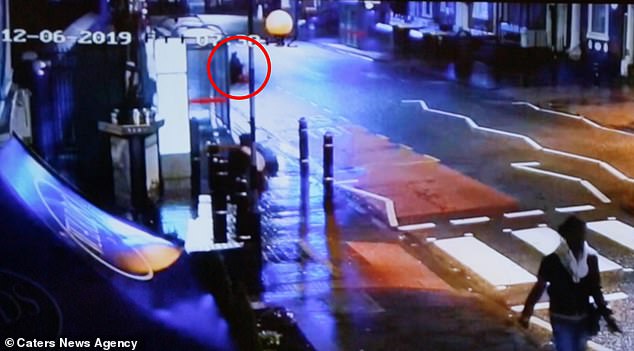 A commuter who passed by