Cardi B arrives at New York court in dramatic style dressed in a black feathered coat for hearing on her felony strip club assault case The 27-year-old rapper has been charged with two felony counts of assault among other charges  In August, she allegedly attacked two bartenders on two separate occasions at Angel's Strip Ckub The bartenders are sisters and she suspected one was sleeping with her husband, Offset, according to police Cardi B allegedly threw bottles at them, beat them and also ordered her friends to attack them  She has pleaded not guilty to the charges but faces up to four years behind bars if convicted

Cardi B laid on the theatrics as she arrived at court on Tuesday for a hearing in her nightclub assaults case dressed in a dramatic black feather coat.

Prosecutors say the victims, who are sisters, were targeted because the 27-year-old rapper believed one of them was having an affair with her husband, Offset.

Cardi was originally charged with misdemeanors but after turning down a no-jail plea deal, was hit with the more serious counts. 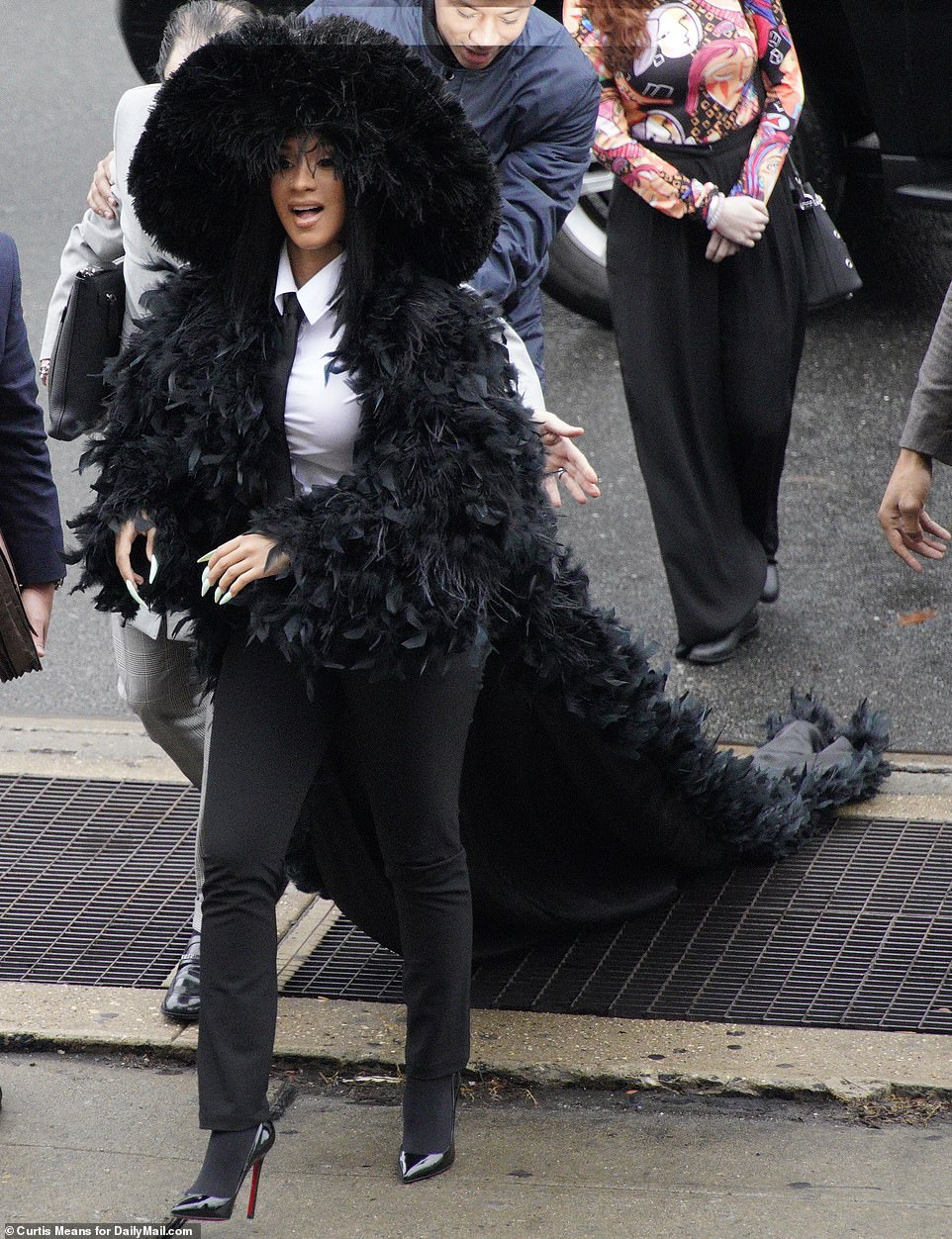 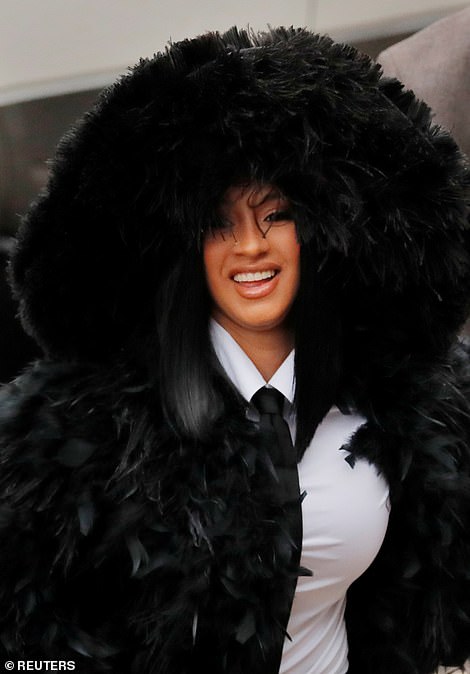 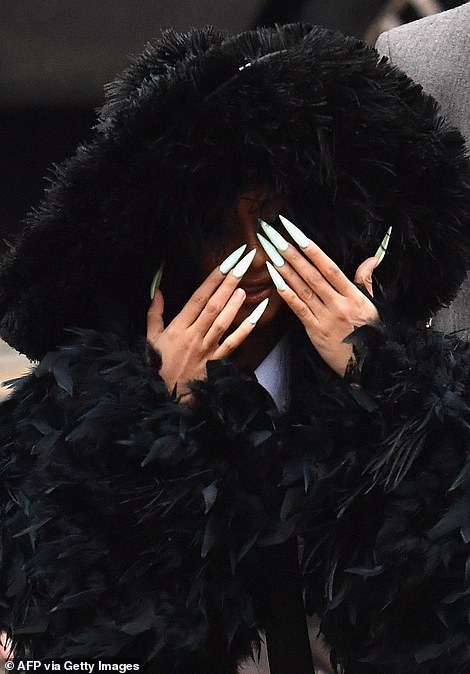 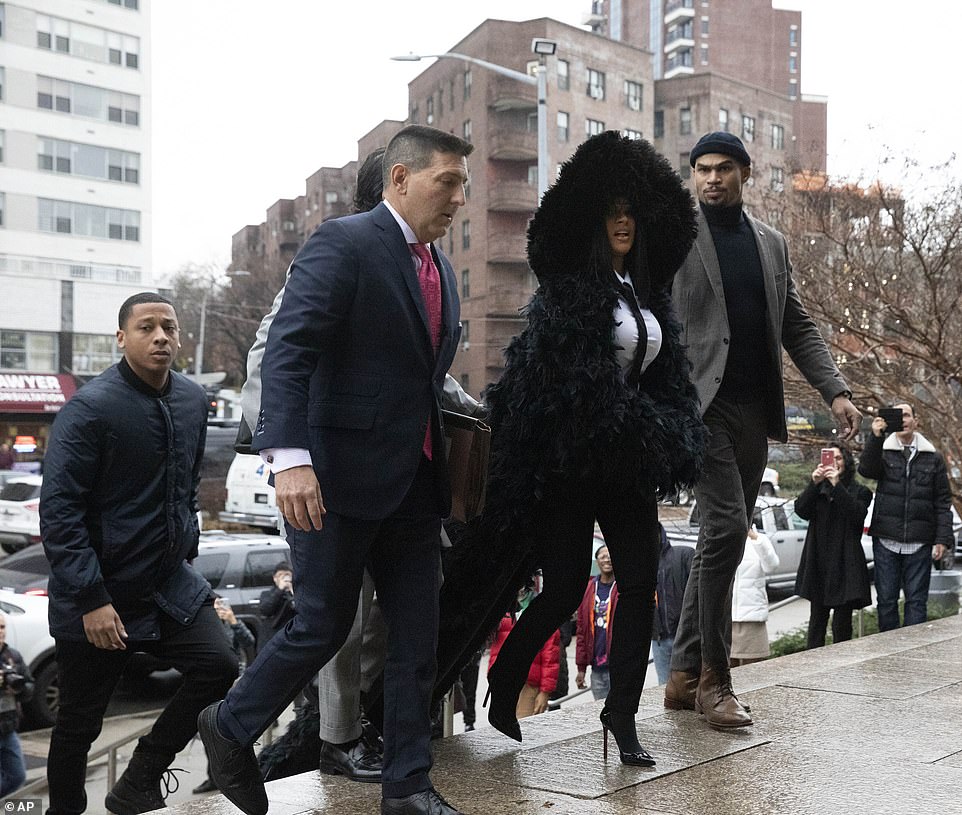 The rapper was accompanied into the courtroom by