The fashion designer son of a powerful Emir died in his London flat after bingeing on 'strong' cocaine and sex drug GHB with another man, an inquest heard today.

The hearing at Westminster Coroner's Court heard that he had spent his final hours with a man called Yohan Escobar, but the man's connection with the designer is unclear.

The United Arab Emirates Prince, owner of British-based fashion label Qasimi and son of the ruler of city of Sharjah, was found dead on the morning of Monday July 1 by his cleaner Maria Kisaohanyan, the inquest was told.

The inquest heard his cause of death was 'drugs toxicity' and had taken high levels of GHB and 'recreational' amounts of cocaine.

His family, including his twin sister, were said to be heartbroken by the death of the designer who was described as 'on top of his career and on top of the world' following his death. 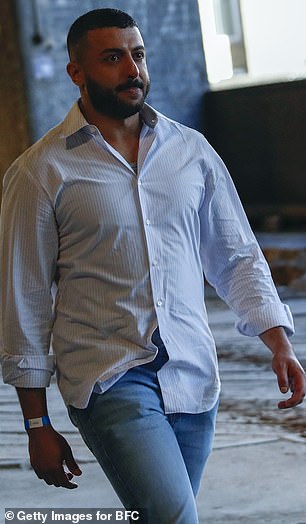 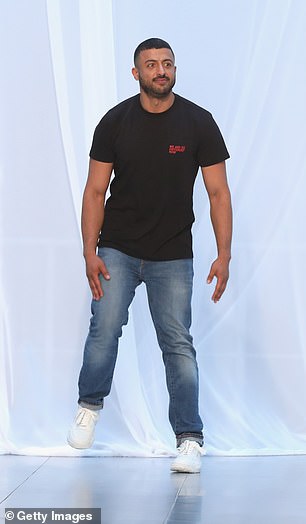 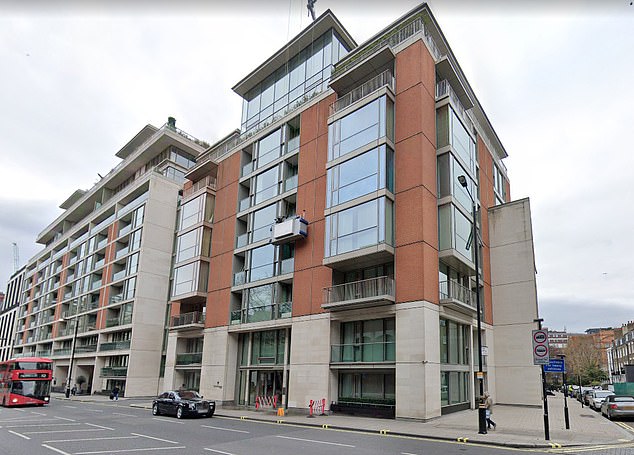 Mr Al Qasimi, referred to throughout the inquest as Khalid, was last seen on CCTV at his home the day before his death, according to security staff.

Cleaner Ms Kisaohanyan had let herself into the apartment with her key and found Mr Al Qasimi sitting upright on the floor by the corner of the sofa.

Ms Kisaohanyan initially thought he was sleeping, but when she touched his neck she realised something was wrong, the inquest heard.

She told the building manager: 'Dial 999! He is dead. He is dead,' the hearing was told.

The inquest heard she was employed by Mr Al Qasimi for several years at his apartment where she worked five hours per day from Monday to Friday. 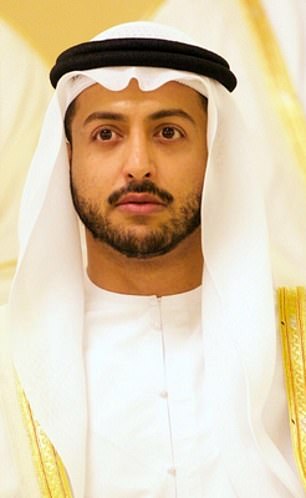 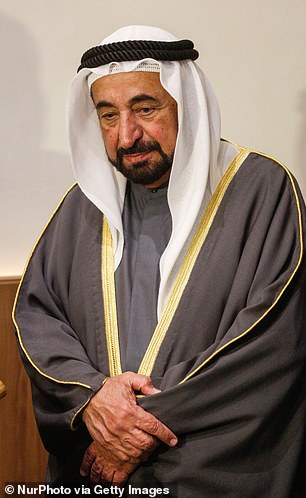 Summarising her statement to the court, Coroner Bernard Richmond QC said: 'She thought originally he seemed to be asleep.

'His mouth was open; his eyes were half open, but he was not snoring which she regarded as unusual because he usually snored.

'She thought he was going to wake up and she decided to check on him. She touched his neck because she was becoming worried and it was cold.

'It was clear to her that something was wrong and she phoned the manager of the building to say 'Dial 999! He is dead. He is dead.'

A security man was called to the apartment to help and paramedics also arrived, but 'it was plain it was too late,' the court heard.

In her statement read to the court, Ms Kisaohanyan said: 'He was full of life, on top of his career and on top of the world, very open-minded and very clever.' 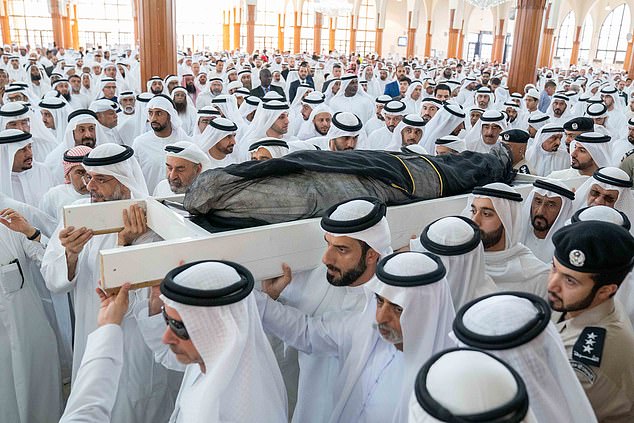 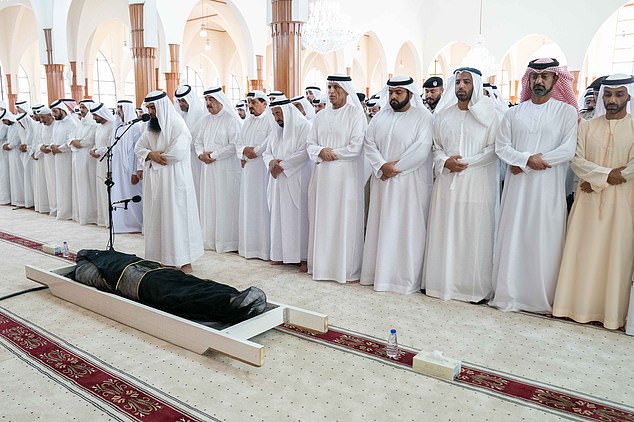 Tens of thousands of mourners turned out for the funeral of Sheikh Khalid bin Sultan Al Qasimi, the son of Sheikh Dr Sultan bin Muhammad Al Qasimi, which was held in the UAE

Sharjah is one of the seven Emirates, but has stricter laws than the tourist hotspots of Dubai and Abu Dhabi.

Its alcohol laws are the strictest in the UAE, with the sale of alcoholic drinks almost completely banned.

Sharjah also has decency laws which do not allow unmarried men and women to be alone in public places.

In addition, travel guidebook Rough Guides warns that wearing tight or revealing clothing in public is likely to attract unwanted attention from authorities.

In 2014, British student Ahmad Zeidan was jailed for allegedly possessing a tiny quantity of cocaine worth less than £5.

He was eventually released