Boris Johnson is set to use his thumping majority as a mandate to dramatically shake up his cabinet, rewarding the election's star performers and firing those whose threatened to derail the campaign.

The Prime Minister, who has vowed to plow ahead with his new administration immediately, will waste no time reshuffling his top team to fill the vacancies left from the election fallout.

Former Defence Secretary Penny Mordaunt, who was sacked by Mr Johnson in July, is rumoured to replace ex-Culture Secretary Nicky Morgan, who has stood down as an MP.

Cabinet Secretary Michael Gove is touted to have a beefed-up brief which includes leading post-Brexit trade negotiations, while Treasury minister Rishi Sunak is also in line for a promotion following his impressive showing in the TV debates.

Commons leader Jacob Rees-Mogg, Trade Secretary Liz Truss, and Northern Ireland Secretary Julian Smith are believed to be among the most at risk of being sacked.

Mr Johnson is expected to thrash out a mini-reshuffle as early as Monday to plug two other vacancies - Welsh Secretary and environment minister - before waiting until after Brexit in February to completely overhaul his cabinet. 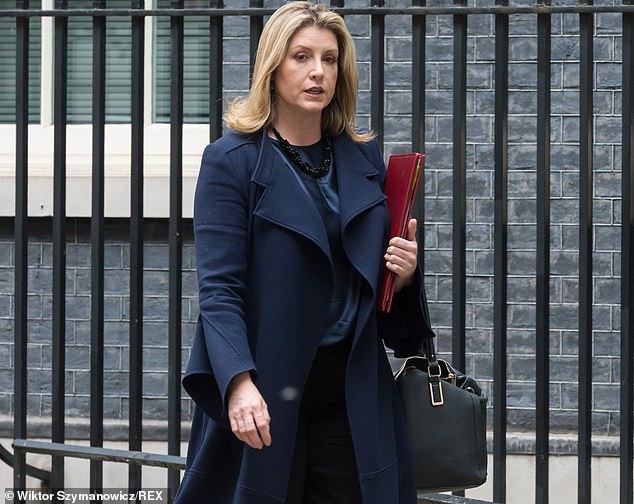 Former Defence Secretary Penny Mordaunt, who was sacked by Mr Johnson in July, is rumoured to replace ex-Culture Secretary Nicky Morgan, who has stood down as an MP 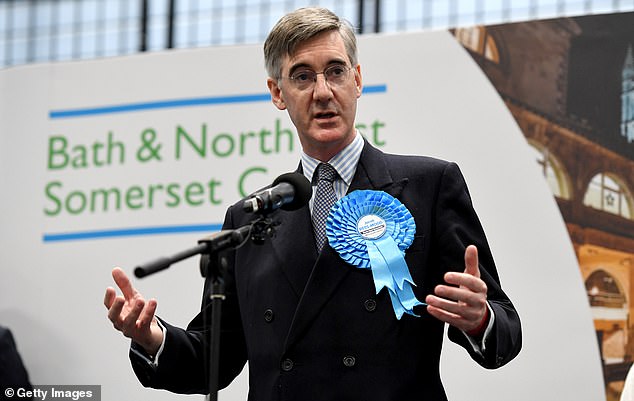 Jacob Rees-Mogg was absent from the election, fuelling speculation Number 10 had furiously sidelined him for his crass suggestion that Grenfell victims lacked 'common sense'

Sajid Javid is the only minister guaranteed to remain in his job, with the PM pledging to stick with the Chancellor during the campaign.

He otherwise refused to be drawn on post-election cabinet reshuffles, including on the future of Jacob Rees-Mogg.

Once a frequent media performer for the party, the Commons leader was absent from the election, fuelling speculation Number 10 had furiously sidelined him for his crass suggestion that Grenfell victims lacked 'common sense'.

Other ministers under threat of being ushered out include Northern Ireland Secretary Julian Smith, a Theresa May ally who was also benched during the campaign.

Brexit Secretary Stephen Barclay, whose comments on Northern Ireland trade clashed with the PM's own remarks, risks having his position abolished under plans for his department to be absorbed into the Trade department.

International Development could also be subsumed by the Foreign Office, according to the Times.

Whereas Michael Gove, who memorably torpedoed Mr Johnson's leadership bid in 2016, is touted to be in line for a