The suspect in the death of Harry Dunn has been seen driving for the first time since her arrival back to the United States.

Anne Sacoolas, 42, the wife of an American intelligence officer, is claimed to have been driving on the wrong side of the road when she hit 19-year-old Harry Dunn's motorbike outside RAF Croughton, Nottinghamshire on August 27.

However the American, who claimed diplomatic immunity and was allowed to return to the US, refused to answer questions after being approached by ITV journalists after she was seen behind the wheel for the very first time.

During the exclusive footage, the American, who sparked outrage after she was allowed to return to the U.S., is seen driving into the driveway of a property when she is approached by British television. 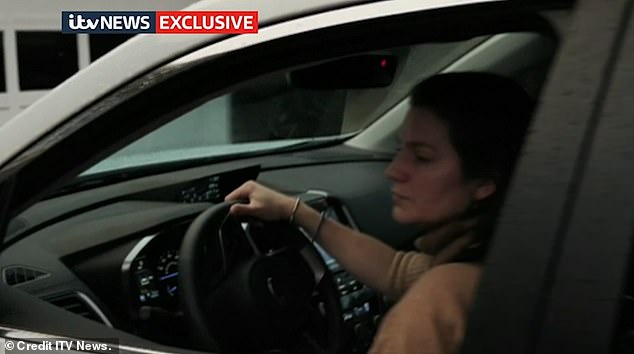 Anne Sacoolas, 42, was seen driving into the driveway of a property in the U.S. when she is approached by ITV news 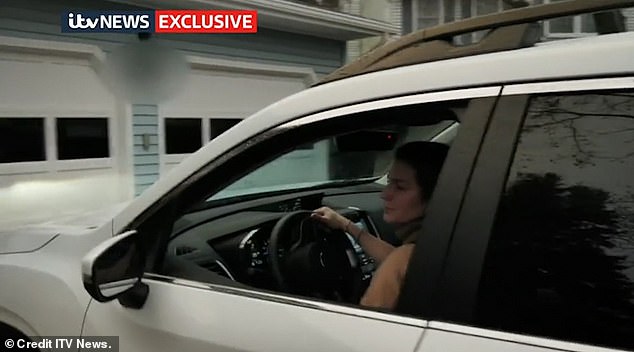 Ms Sacoolas, who is claimed to have been driving on the wrong side of the road when she hit Harry Dunn's, 19, motorbike in Nottinghamshire, was approached by reporters

As the clip continues the reporter asks: 'Can I talk to you? Hi, Ms Sacoolas it's British television can I have a word with you please.'

Ms Sacoolas refuses to answer and gives an abrupt 'no' before she is asked: 'Will you go back to the UK Ms Sacoolas?'

The suspect then drives out of the driveway and heads away from the news team as the cameras continue to film her car.

She said: 'Her life looks so normal, and she has completely wrecked ours.'

Ms Charles added: 'And for her to not even want to talk to you, to try and redeem herself in any way, to try to take a few minutes with you to try and explain why she's