Pictured: The patrol cars cops are using to warn speeding drivers instead of booking them as they strike for better pay Police take to the streets of Victoria to warn drivers of speed camera locations  Officers have also plastered their cars with slogans and messages as they strike The strike follows the governments offer of a mere 2%, half of that demanded

Police will take to the streets of Victoria to expose the hidden location of speed cameras as part of their fight for better pay.

Officers have covered their patrol cars in slogans and will flash their lights to alert speeding drivers.

It comes after governments offered them a two per cent  increase in pay, just half of what police unions asked for. 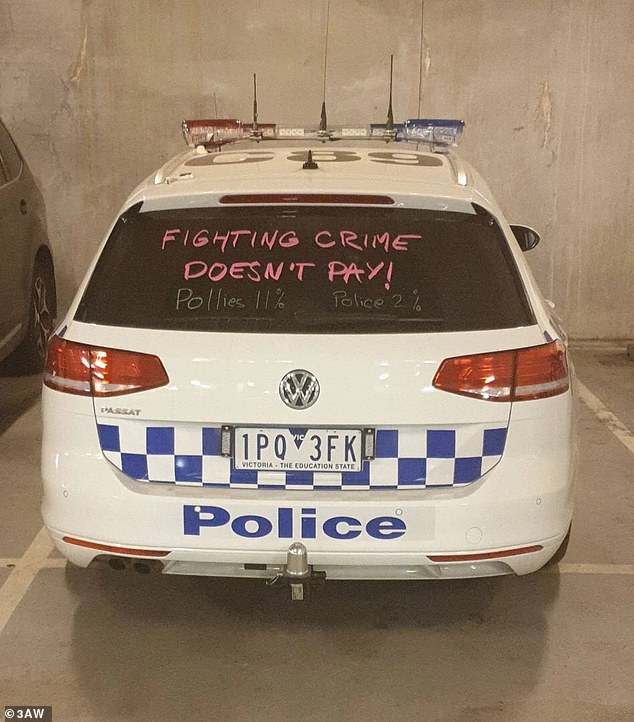