Millionaire's farmer son, 18, appears in court charged with murdering schoolboy, 15, whose partially stripped body was found in a field in leafy Cheshire

A teenager appeared in court today over the murder of a 15-year-old boy.

Matthew Mason, 18, of Ollerton, Cheshire, was arrested and charged after the body of the teenager was found in the village of Ashley shortly before 8am on Friday.

Mason was charged with murder and possession of a bladed article in a public place and appeared at South Cheshire Magistrates' Court in Crewe. 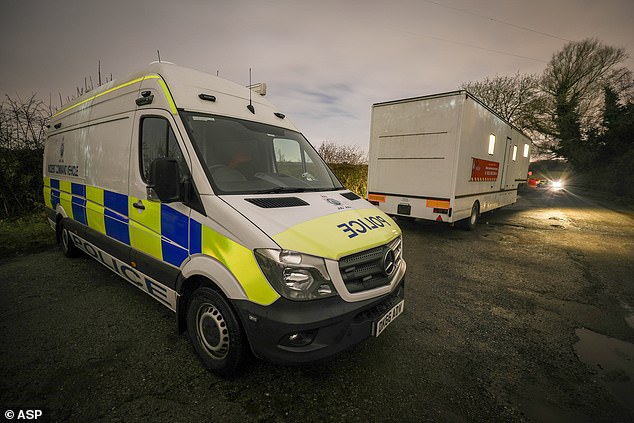 The boy's body was found by a farmer off a country lane in Ashley, Cheshire, on Friday morning

Police had arrested him in Forton, Staffordshire, around four hours after the body was discovered.

Mason, wearing a white shirt and dark trousers, did not speak during the short hearing today and nodded only to confirm he understood the nature of the charges against him.

He was remanded in custody and will appear at Chester Crown Court on Wednesday.