AFL star Jack Riewoldt has broken his silence on the shock retirement of his close friend and former Richmond Tigers teammate Alex Rance.

Rance's decision to call time on his career on December 19 before splitting with his wife Georgia a few days later sparked a string of ugly rumours online.

Social media speculation led Tenisha Crook, the partner of Tigers forward Jack Higgins, to unleash at 'putrid' rumours; while a thread on the AFL fan forum BigFooty discussing the issue was removed on Monday amid threats of legal action.

In an Instagram post almost two weeks after Rance's retirement, Riewoldt said he was glad his teammate was standing by his Jehovah's Witness faith. 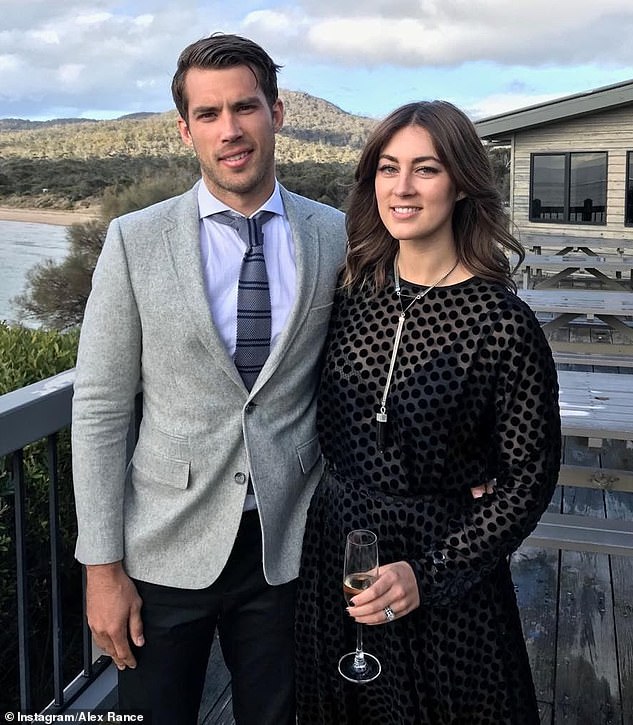 Alex and Georgia Rance in happier times last year. She split with the Tiger champion just days after he announced his retirement 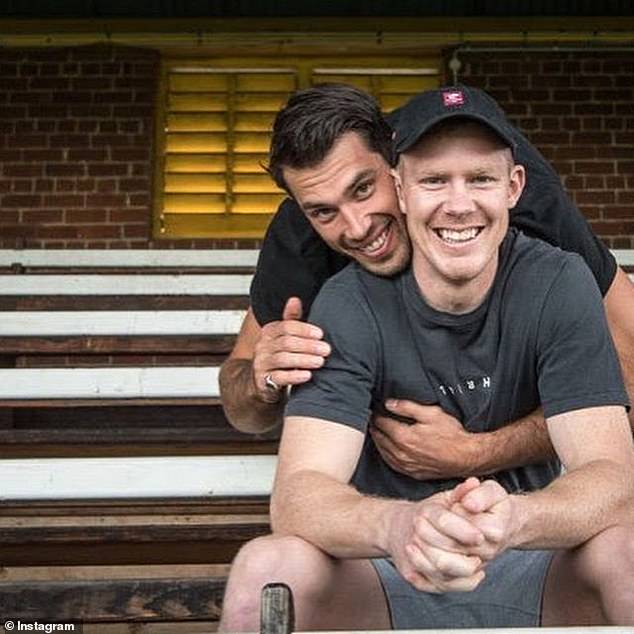 '2019 was certainly one of the busiest years in my life,' Riewoldt wrote.

'A new addition to our family, an injury riddled year that ultimately finished in success, but the most surprising has been the retirement of one of my best friends.'

Riewoldt said not having Rance around the club would be a 'void' both on and off the field.

'Thank you for everything... brother! #champion.' 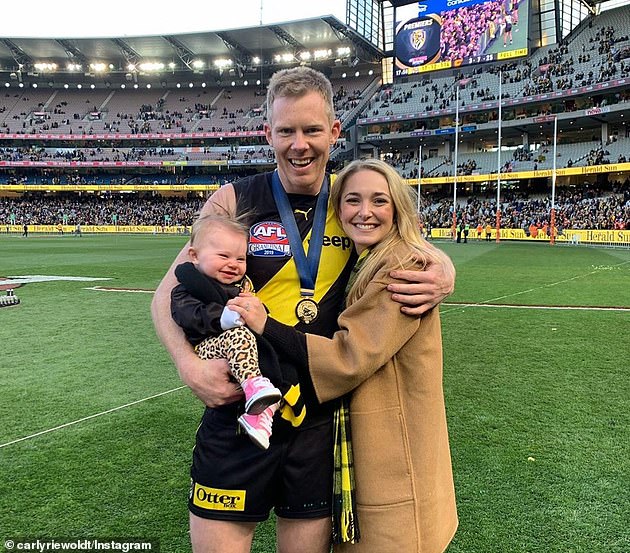 Jack and Carly Riewoldt with their baby Poppy. Riewoldt had previously publicly supported Alex Rance saying their were 'like brothers' 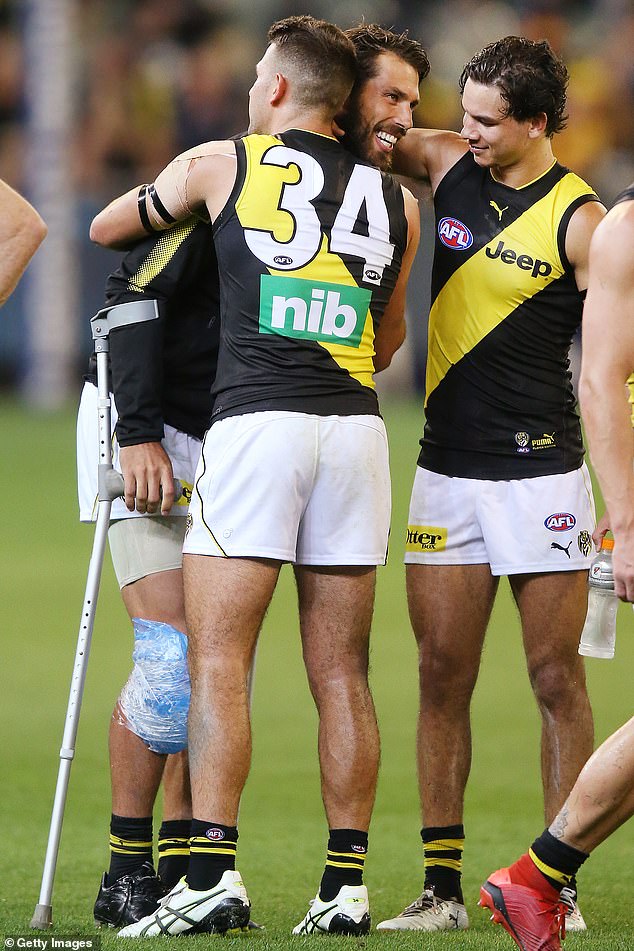 Another former teammate Daniel Rioli paid tribute to Alex Rance on Tuesday, just as questions were being raised about how quiet the Tiger players had been about his exit.

While captain Trent Cotchin made a statement on the day of Rance's retirement, most of the Tigers stayed conspicuously tight-lipped considering one of their most highly acclaimed teammates had just retired.

Former St Kilda coach and media commentator Grant Thomas drew attention to the situation when he tweeted: 'Curious … where is the heartfelt outpouring of support and accolades from Tiger teammates since Rance retired?'

Rioli went some way to addressing it by making an online tribute to Rance - whose  No.18 locker was next to Rioli's No.17 in the club's Punt Road training centre.

'Just wanted to congratulate this guy on an incredible career,' he wrote on Instagram. 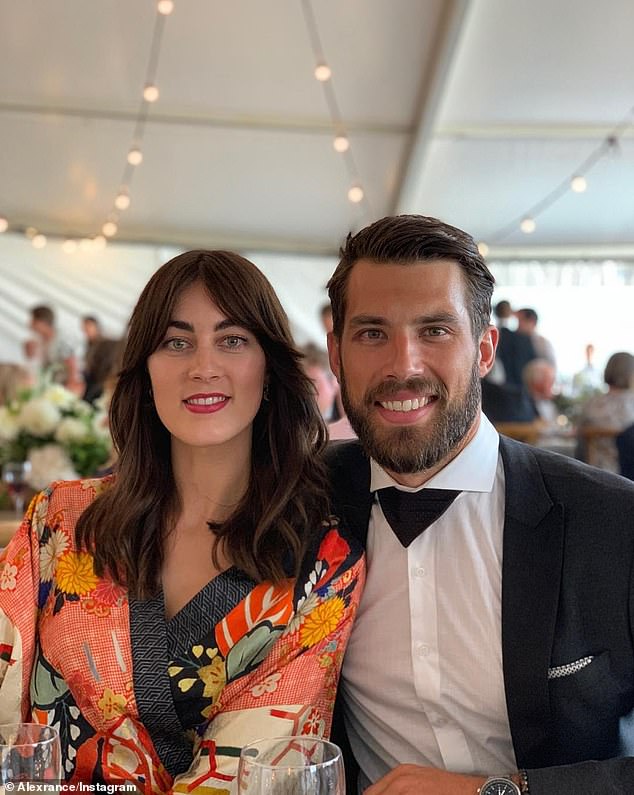 December 27 - Rance's split from his wife Georgia is revealed

Tenisha Crook, the partner of Tigers midfielder Jack Higgins, unleashes on 'putrid' allegations made about her online

'Thank you for being such a good teammate and leader for us. Gonna miss you as my locker buddy love ya bro.'

The emotional post came after Tigers captain Trent Cotchin said the team would 'always be there' for their departing co-captain.

'He's been building now for 12 months for the season to start, so I think he's going to be in terrific condition. Seeing him move around the track, he's moving better than he was before the knee, it