Accused firebug, 36, is arrested for 'sparking a blaze' in Victoria's East Gippsland the day after horrific bushfires tore through the area Homeless man charged with starting a blaze in Victoria's East Gippsland area The man, 36, will appear in court on Thursday charged with starting a bushfire Thousands have been forced to flee the area after 500,000 hectares burned

A homeless man has been charged with sparking a bushfire in Victoria's devastated East Gippsland region.

The 36-year-old man was arrested on Punt Road at Johnsonville in the state's east before 7pm on Wednesday.

He has been charged with recklessly cause a bushfire along with drug-related offences and he will appear at Bairnsdale Magistrates Court on Thursday.

The fire is understood to have been small and was one of 325 fires started in just 24 hours. 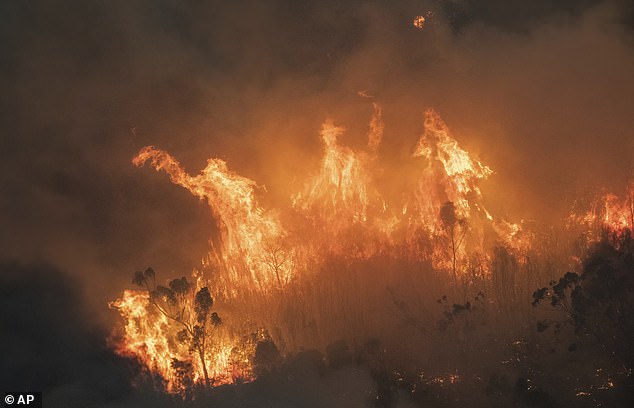 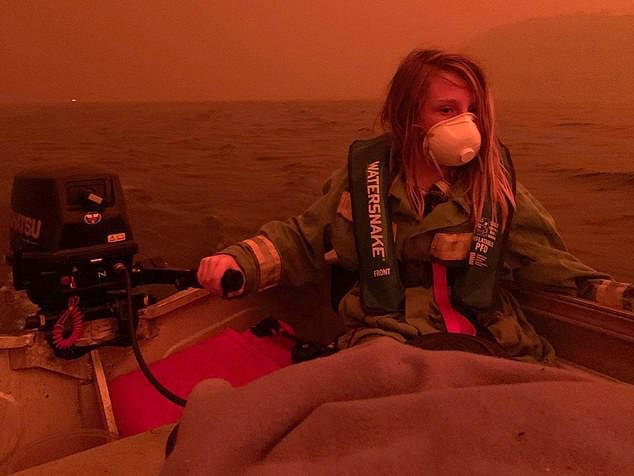 Victorian mother Allison Marion took a picture of her son Finn, 11, (pictured) as they tried to flee the East Gippsland fires by taking a boat on the Mallacoota lake 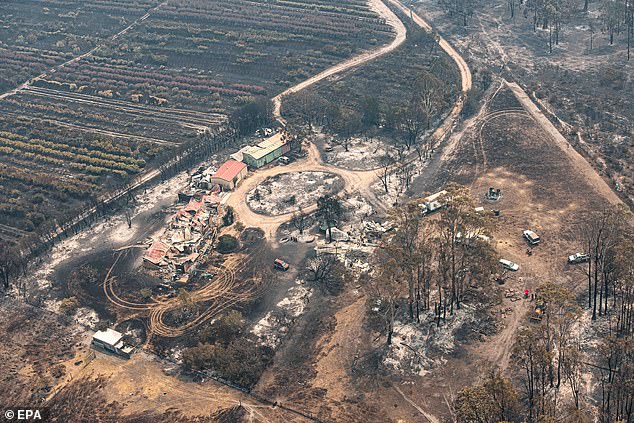 It comes as an effort to rescue thousands of people stuck in isolated towns in Victoria's fire-ravaged east gets under way.

The military arrived in East Gippsland on Wednesday and Black Hawk helicopters are helping to get 4,000 evacuees to safety after they were stranded on Mallacoota beach.