Calls are growing for home insurance taxes to be lowered as hundreds of bushfire victims get no compensation because they could not afford cover.

Experts say thousands of New South Wales residents do not insure their homes because state government taxes make it too expensive.

New South Wales and Tasmania are the only jurisdictions in the country where emergency services are funded by a tax on insurance companies.

The emergency services levy in NSW is expected to raise $895million this financial year, covering 85 per cent of funding for the sector.

The tax effectively forces insurers to raise policy prices by around 25 per cent. 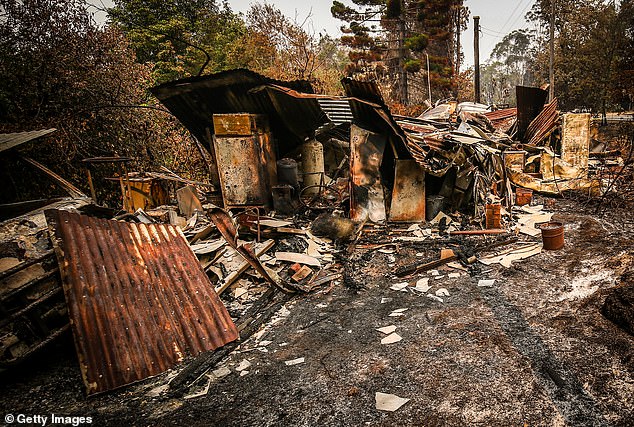 Razed: A home recently destroyed by bushfires near the town of Bilpin on December 29 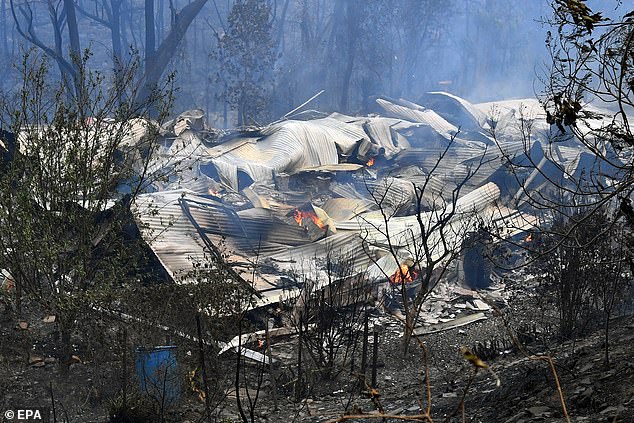 A destroyed home is seen after a bushfire in Buxton, New South Wales on December 19

When stamp duty and GST are added, NSW residents pay 45 to 50 per cent tax on their insurance.

The Insurance Council of Australia says this puts people off getting insured at a time when bushfires are destroying thousands of homes.

Latest figures from 2015 showed only 82 per cent of NSW homes were insured compared with 89 per cent in Victoria.

ICA spokesman Campbell Fuller told the AFR: 'The ICA believes there is a direct link between the extra amount of tax paid by NSW households and businesses on insurance and the high level of non-insurance and underinsurance in the state compared with other jurisdictions.

In 2016 the NSW government passed a law to scrap the ESL and replace it with a broader tax on business and properties, as in other states.

But the law was never implemented as Premier Gladys Berejiklian said it would cost commercial and industrial property owners too much.

The ICA says the new law should be brought in as soon as possible. 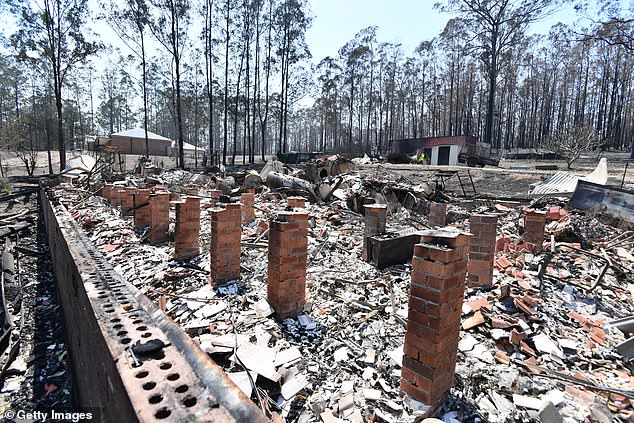 PREV Boy, 12, and a 46-year-old woman are seriously injured after being mauled by a ...
NEXT Hawaii crash update: Tour copter hit ridge, then fell

Tour Down Under boosts morale in bushfire-ravaged Adelaide Hills