Read between the crimes: Prisoners are photographed enjoying their favourite books in jail as their most popular titles are revealed Criminals in NSW jails have access to more than 136,000 titles, but staff get a lot of requests for true crime The RMS Road Users' Handbook, the Macquarie Dictionary and a Bill Bryson novel were top non-fiction picks Vampire novels are extremely popular, and a book about a heroin addict who escaped prison and fled to India

Prisoners are spending their time behind bars reading vampire novels and the state road rules handbook, but consistent requests for true crime books have been denied.

Criminals in New South Wales jails have access to more than 136,000 titles on library shelves.

The RMS Road Users' Handbook and the Macquarie Dictionary were the top non-fiction picks for 2019, but library services manager Toni Kennedy reveled most book requests are denied. 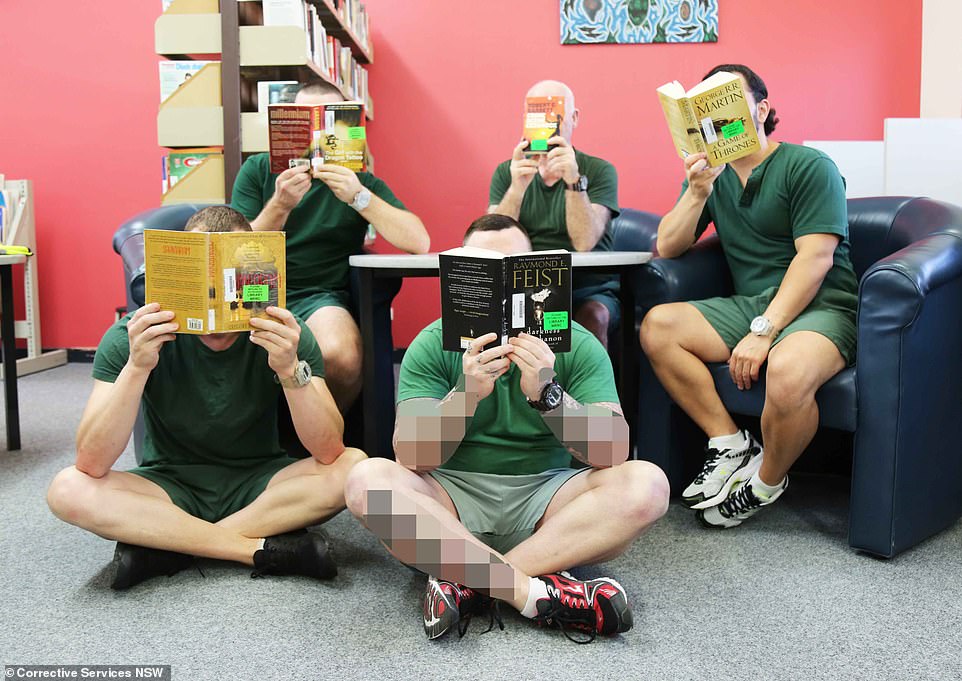 'True crime tops the list of inmate books requested, and rejected, but it should go without saying that those books are banned,' Ms Kennedy said.