A warehouse manager who scooped a £1m EuroMillions win on Christmas Eve today said it was gift from her late mother whose purse she kept the ticket in.

Lizbet Ramus, 55, who lost her 83-year-old mother Lavender this year to an aneurisym in April last year, described how much she missed her as she was handed the cheque at Sussex Yacht Club in Shoreham by Sea.

'We lost mum earlier this year and not a day goes by when I don't miss her,' Ms Ramus said. 'She was such a thoughtful person and an amazing mum so I can't help thinking this is her spreading a little Christmas magic at a time when I really needed it.' 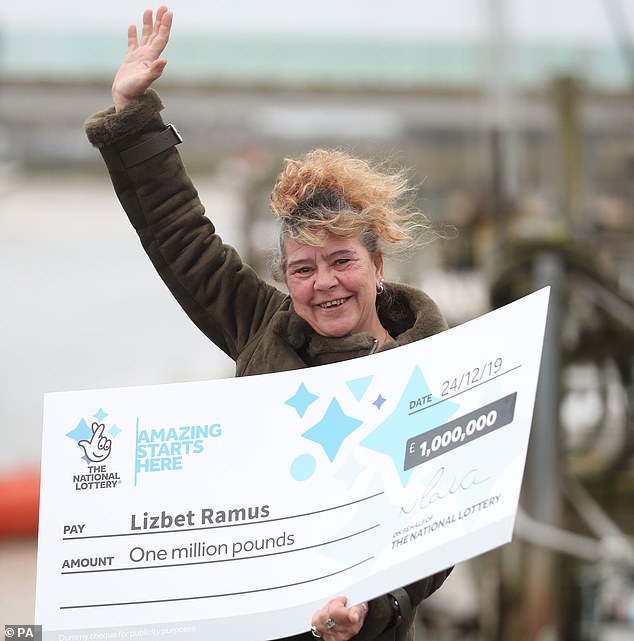 Lizbet Ramus, 55, won £1m on EuroMillions on Christmas Eve after buying a ticket at a corner shop 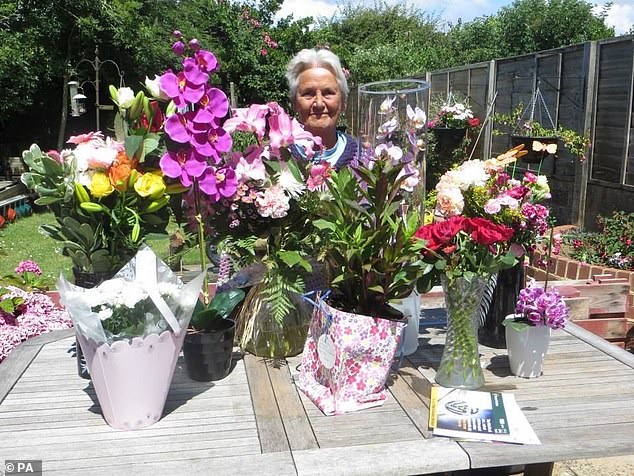 Lavender Ramus died last year from a brain aneurisym. Her daughter said 'not a day goes by' when she doesn't miss her

Ms Ramus had bought a few lottery tickets for the Christmas week draws as a festive treat to herself.

She put them into her purse – one her mother always used – and didn't think much about them until Boxing Day morning.

'While it was our first Christmas without mum, we did our best and had a lovely big family feast at my brothers, she would have been so happy for us all,' she said.

'The following morning, Boxing Day, I was sitting in the kitchen with my coffee, and I'll admit I was feeling a bit down. Remembering my lottery tickets, I thought maybe I'd had some luck there, not for a second expecting £1,000,000 worth of luck!'

After realising she had won the astonishing sum, Ms Ramus quickly called her brother and pretended she needed a favour.

'I'd left my van at dad's the night before so when I called saying I needed a favour, my brother assumed I wanted him to give me a lift to pick up the van. I said, 'that's right but I also need you to check these numbers and tell me I'm a millionaire!'

'He was on my doorstep five minutes later, and then we were both laughing and dancing around the kitchen in celebration that I really had just become a millionaire!'