Model who raised more than $500,000 for bushfire victims after sending fans nudes in return for donations has her Instagram account deactivated Kaylen Ward offered to send a nude photo of herself to any person who donated  She has already raised more than AUD$500,000 for the current bushfire appeal  American model said her family disowned her but she doesn't regret decision

An American Instagram model raised more than $500,000 for Australian bushfire victims by sending nude images of herself in exchange for donations to charities.

The influencer, from Los Angeles, said she wanted to help after seeing the devastation the bushfires had caused and thought her x-rated images would be the best way to raise funds. 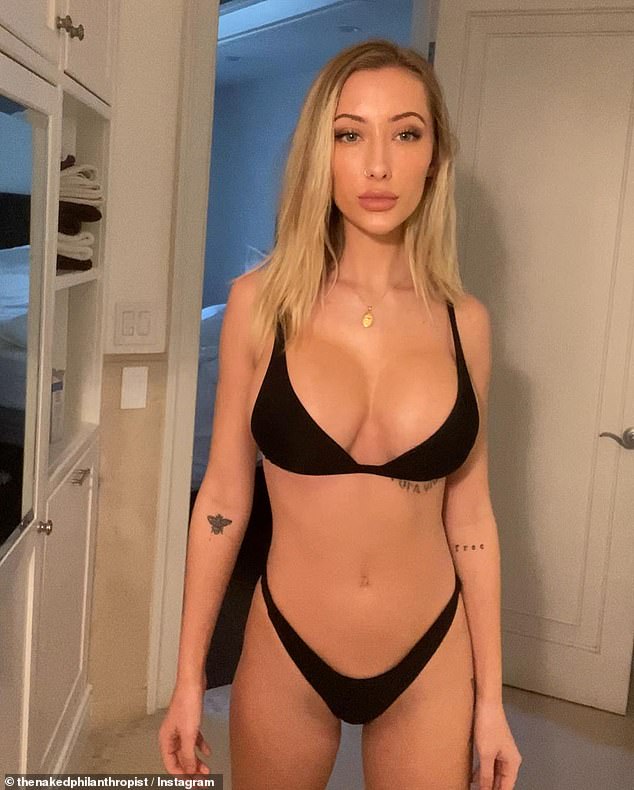 Within minutes of posting her offer on social media, her private messages on Instagram and Twitter were bombarded by hundreds of people sending in their receipts to prove they had donated.

On Monday she shared that both accounts had been deactivated.

'My IG got deactivated, my family disowned me, and the guy I like won't talk to all because of that tweet but f*** it, save the koalas,' she said.

Despite her accounts being deleted, Ms Ward claims she still managed to raise half a million dollars.

To receive a 'personalised' nude image, people had to provide proof of a donation of more than $10 being pledged to an Australian charity.

#Coronvirus may be ‘Disease X’ World Health Organisation warned about