Flooded with love: Flood-hit spa reopens after Boris Johnson PERSONALLY helped deal with insurance companies after owner was faced when when underwriter changed small print Pam Webb's Truffle Lodge spa, in Yorkshire, needed money for water damage  Her insurer had removed flood protection in pages of small print for her property She rang No 10 and then Association of British Insurers who offered new cover Boris Johnson called to offer his support a week before the general election A therapist's husband moved in and two cleaning firms offered their services

By Chris Brooke for the Daily Mail

When Pam Webb’s luxury spa flooded, she was horrified to find her insurer had changed her policy – leaving her high and dry.

A resident of badly-hit Fishlake in South Yorkshire, Miss Webb needed thousands of pounds to fix major water damage and feared she would go bust. But the mother-of-two refused to give up – and took her fight to the top by calling 10 Downing Street.

Now, thanks to the help of staff, friends and locals – and the Prime Minister himself – Truffle Lodge spa reopened yesterday. 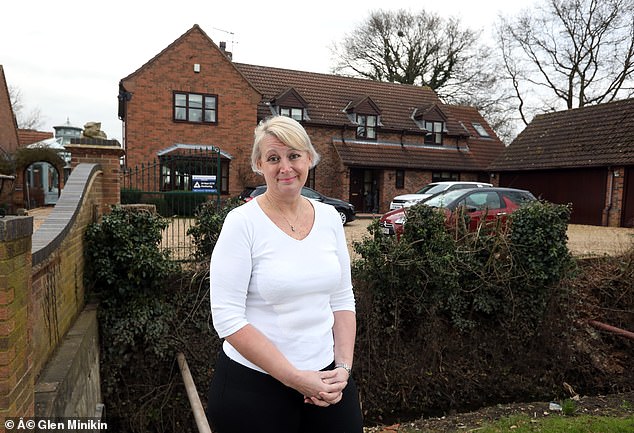 Pam Webb received a call from Boris Johnson a week before the general election, regarding her flooded spa in Fishlake, Yorkshire. He called her 'persistent Pam' and she then rang No 10 to explain her dilemma, leading to a call with the chairman of the Association of British Insurers

Miss Webb, 49, said: ‘I got a phone call from Boris Johnson a week before the election to ask how I was getting on. He calls me “persistent

PREV Family is forced to remove wet marsupial from their pool after jumped in ...
NEXT Despite shake-up, Putin rejects idea of Soviet-style leaders for life