Did Dominic Cummings, 48, forget his skateboard? Number 10 advisor sports a pair of low-slung skater jeans on the way into Number 10 Downing Street The chief adviser to Number 10 arrived on Monday in an unusual get-up Cummings wore a loose red jumper, low-slung jeans and trainers for the meeting He is an unlikely style icon after sporting an array of unconventional looks

Dominic Cummings showcased his inimitable style as he strode into Downing Street wearing low-slung jeans and trainers on Monday.

Boris Johnson's chief strategist has become something of an unlikely fashion icon, having previously been spotted wearing unusual ensembles of hats, hoodies, gilets and unbuttoned shirts.

And the guru, 48, who recently appealed for 'weirdos and misfits' to join him in Downing Street, certainly stood apart from the cavalcade of suits normally seen outside Number 10. 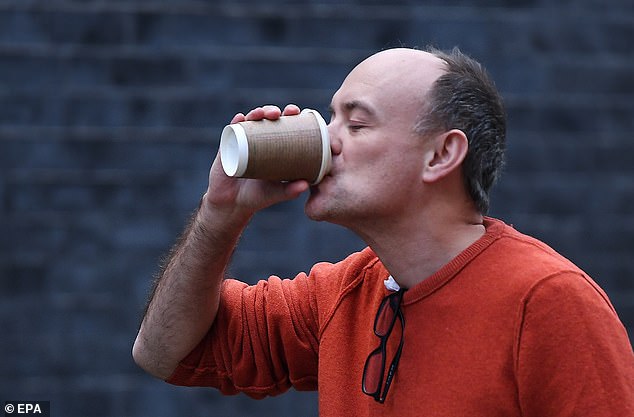 The former Vote Leave supremo, 48, took a swig of coffee before entering Number 10 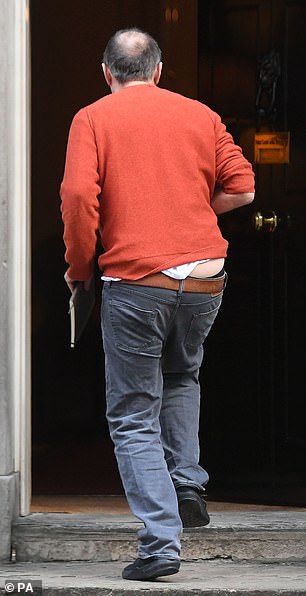 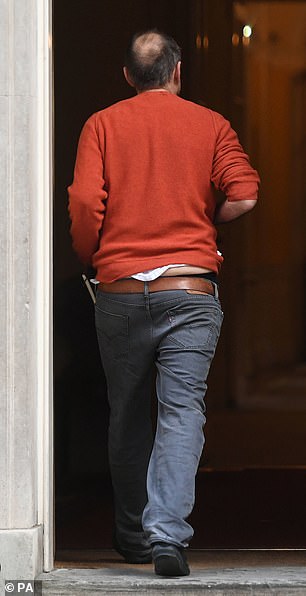 Carrying a disposable coffee cup in one hand and a notebook in the other, the Brexit mastermind tucked his framed glasses into the top of a loose red sweatshirt as he walked through the big black door.

PREV Having a whale of a time: Swimmer gets synchonised with ocean beast off the ...
NEXT Hawaii crash update: Tour copter hit ridge, then fell