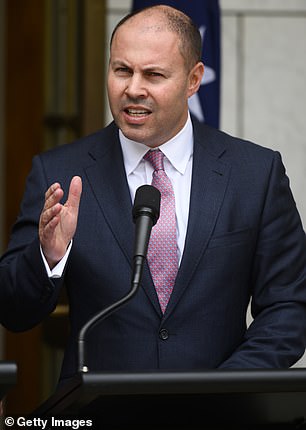 Insurers have promised to act quickly on claims made by bushfire victims, with companies told to prioritise local tradespeople when they start paying out for rebuilds.

'We recognise the insurance companies are a major part of the rebuild process,' Mr Frydenberg told reporters.

Insurance claims from Australia's worsening bushfire crisis have climbed to $700 million, with more than 8500 claims made since September.

About 20 per cent of the claims have been assessed, with half of those already settled.

Mr Frydenberg said insurers were already getting builders lined up but the government wanted them to focus on using local tradies.

'These communities need to rebuild and the more jobs that can be provided locally the better,' he said.

'And the companies gave their guarantee that they will do that.'