Weather presenter Laura Tobin hit back at an Australian MP who branded her an 'ignorant pommy' following a debate about climate change by revealing her glittering academic career saying 'it could not be further from the truth.'

The trained meteorologist with a degree in physics became embroiled in a row with Craig Kelly yesterday after she interrupted and corrected the climate change sceptic during a discussion on the Australian bushfires.

In the wake of the debate, Mr Kelly called Ms Tobin 'an ignorant pommy weather girl', but the former RAF aviation forecaster put him in his place with her own withering comeback.

She then addressed the minor diplomatic row this morning, reading out a definition of ignorant and then listing her academic achievements, including her degree in meteorology and physicist and four years spent in the RAF.

Ms Tobin said: 'Ignorant could not further form the truth - I have no agenda I was just telling the facts and I was so infuriated his lack of understanding.'

She added: 'Lots of people from Australia have been sending me love and support. I spoke to Australian TV.'

Mr Kelly said there was 'simply no' evidence to suggest a long-term trend towards a warming climate and also said it was 'nonsense' that lower carbon dioxide emissions could reduce bushfires.

Morgan said he needed to 'wake up' before Miss Tobin said he was burying his 'head in the sand and called him a 'climate denier'.

On Tuesday morning, the federal MP for Hughes in Sydney's south hit back, before later apologising.

On Tuesday morning, the federal MP for Hughes in Sydney's south hit back with this post 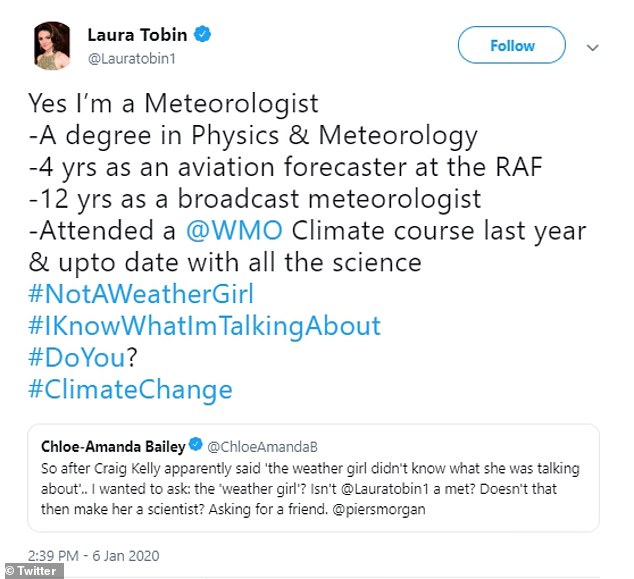 He shared Daily Mail's article about the interview on Facebook and wrote sarcastically: 'Oh no! Ignorant Pommy weather girl calls me a 'climate change denier'.'

Miss Tobin responded in a scathing Twitter post saying she was a qualified meteorologist with a degree in physics.

'I know what I'm talking about, do you?' she wrote.

Mr Kelly is on the right wing of the Liberal Party and heavily criticised former prime minister Malcolm Turnbull's controversial plan for a national energy and emissions policy.

During the interview on Monday, he said that the fires were caused by poor forest management rather than climate change.

Mr Kelly said: 'You have to look at the science, but one of the factors contributing are the fuel loads. Every commission post bushfire says we need to reduce them, but we always fail to do so.

'Our lifestyle depends on fossil fuels, it can't be done without it. Some politicians have hijacked the debate to push their ideological barrow but what causes fires? Drought and build-up of fuel loads.' 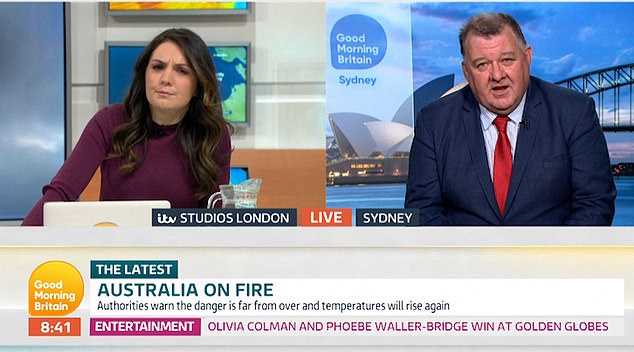 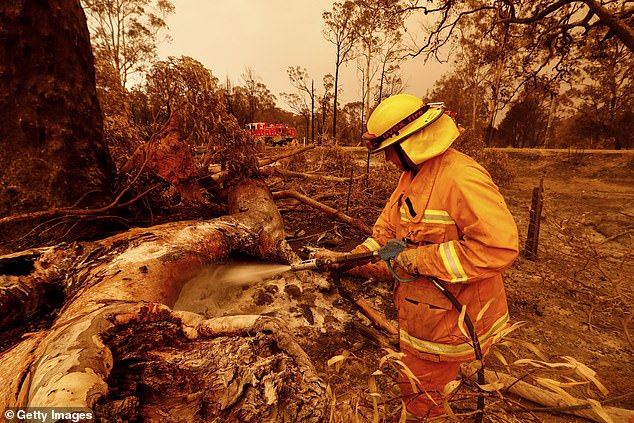 Meteorologist Miss Tobin hit back, telling Mr Kelly that Australia had experienced its hottest and driest year ever on record 'with forecasts records that go back more than 100 years'.

She said: 'We want everyone in the world to lower the global temperature rise by 1.5C, you [Australia] can't even commit to 2C.

PREV British teenager, 19, arrives at Cyprus court to learn whether she will be ...
NEXT Hawaii crash update: Tour copter hit ridge, then fell