Rebecca Long Bailey set out her stall as the 'continuity Corbyn' candidate for Labour leader today - saying she will keep pushing 'our socialist agenda'.

The shadow business secretary stressed her hard-Left credentials as she formally entered the contest to succeed Jeremy Corbyn.

In a thinly-veiled swipe at rival Keir Starmer, she insisted she had not been happy with the party's Brexit stance in the election campaign, saying it had eroded 'trust in our communities'. She also admitted Labour should have been 'tougher' in addressing a wave of vile anti-Semitism among activists.

But Ms Long Bailey gave a staunch defence of Mr Corbyn, complaining that he had been subjected to 'unprecedented levels of criticism and attack against his own personal character' and she felt he was the 'right man' with the 'right ideas'.

The announcement came amid signs that the hard-Left is uniting behind Ms Long Bailey, amid fears Sir Keir could romp home in the contest. Party chairman Ian Lavery, another Corbyn loyalist, has revealed he will not stand. 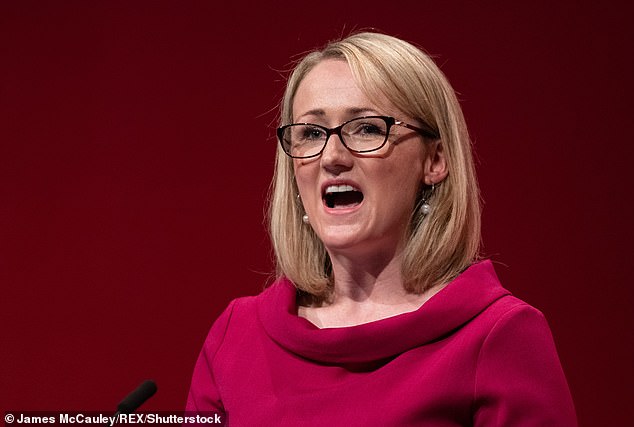 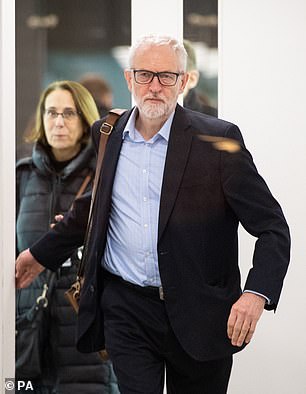 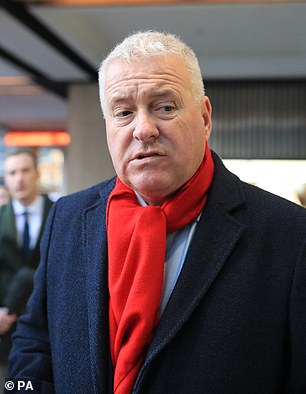 Jeremy Corbyn (pictured at an NEC meeting in central London yesterday) is due to be replaced in April. Party chairman Ian Lavery (right yesterday) has endorsed Ms Long Bailey

'We weren't trusted as a party to tackle the crisis of anti-Semitism.

'We weren't trusted on our policies, no matter how radical or detailed they were. 'They simply didn't hit the ground running.'

Pressed on Mr Corbyn's performance in the campaign, Ms Long Bailey said: 'I supported Jeremy. I still support Jeremy, because I felt that he was the right man with the right moral integrity to lead the party, and the right ideas.

'Any leader who leads us into a general election defeat needs to take ultimate responsibility.

'But he also set out a radical platform for policy development that involved the grass roots and our trade unions, and developed some of the most exciting and innovative policies that we have seen in a generation.

'I think he will go down in history as being remembered as the leader that has done that.'

Writing in Tribune magazine today, Ms Long Bailey said: 'Many candidates in the leadership election say they will not return to the triangulation and Tory-lite policies that held our party back before Jeremy.

'But we need a leader that can be trusted with our socialist agenda. A leader who is totally committed to the