Travellers set up camp in Lidl car park sparking stand-off with supermarket bosses and leaving customers fuming Five caravans moved onto a Lidl car park in Yardley, Birmingham on Sunday  The supermarket has said it has instructed bailiffs to remove the encampment  The budget store, which is on Coventry Road in Birmingham, remains open  One shopper said they had been accosted for change by one of the group

A group of travellers are locked in a stand-off with supermarket bosses after setting up camp in a Lidl car park.

Shoppers and staff were left shocked after a convoy of five caravans moved onto the site in Yardley, Birmingham on Sunday.

The budget supermarket giant said it had called in bailiffs to evict the group but they still remain at the Coventry Road location today. 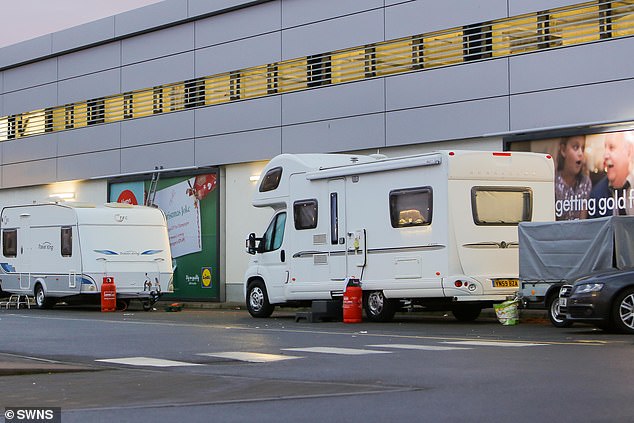 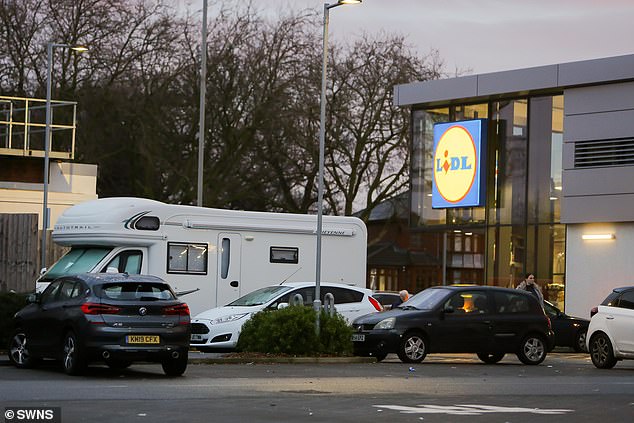 Shopper Mark Flaherty, 43, of Sheldon, Birmingham, said: 'I came along to do our family shop for the week. I can't believe they have come to