Seaside caravans are sitting perilously on the edge of a cliff after a dramatic landslide the size of two football pitches hit the coast yesterday.

Aerial images show the properties at Trimingham House Caravan Park, in North Norfolk, that have been left facing  danger after a section of the cliffside came crashing onto the beach in the early hours of January 6.

As police continue to urge residents to stay away the beach, the coastguard confirmed that only one of the caravans at the park, which lies about five miles east of Cromer, was being used and the woman and her child were led to safety following landslide.

Tony Garbutt, coastguard sector commander in north Norfolk, said: 'There was only one person who was occupying a caravan who was in danger and she was removed safely with her child. 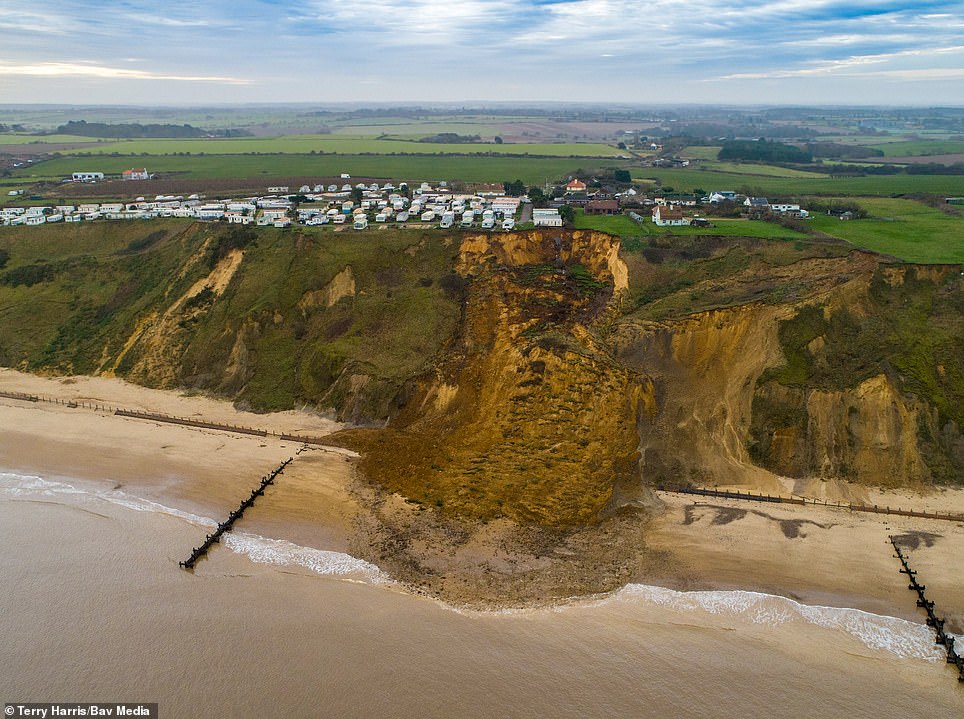 Seaside caravans (left before collapse and right before) have been balancing on the edge of a cliff at Trimingham House Caravan Park, in North Norfolk, after the coast was hit by a large landslide 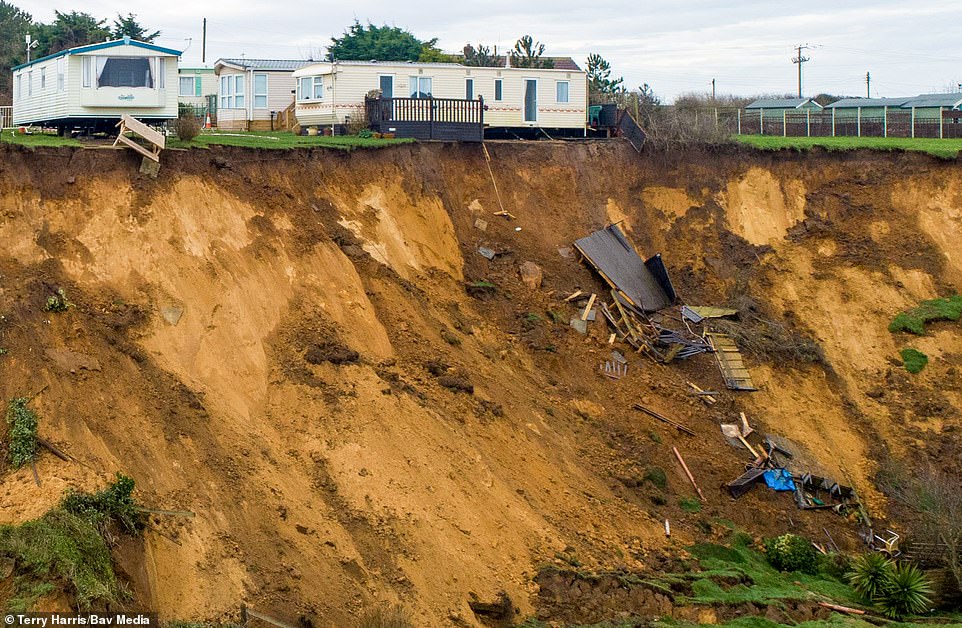 The landslide, which hit the Norfolk coast in the early hours of January 6, has left the properties on the very brink of the cliff 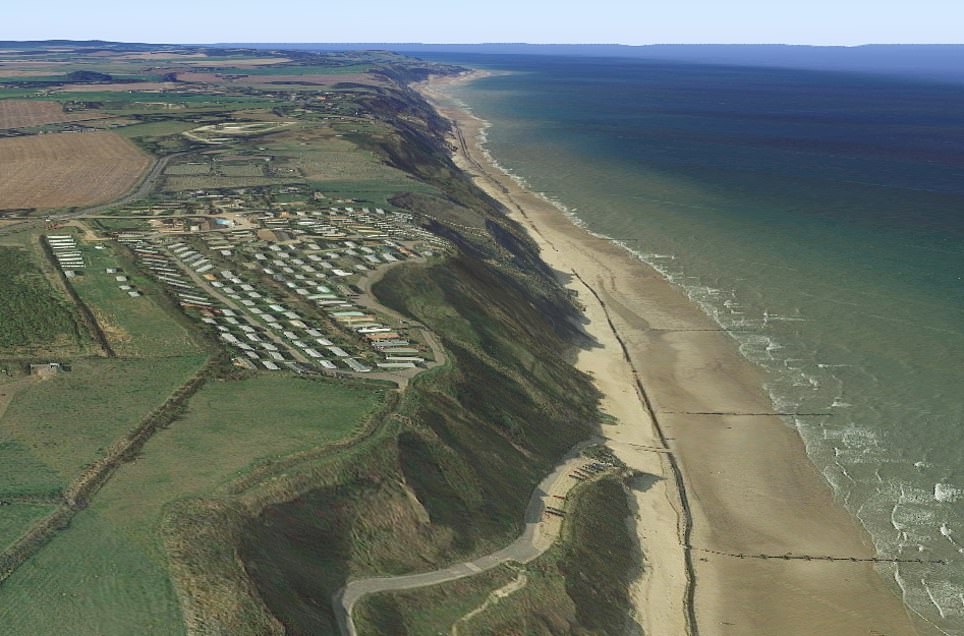 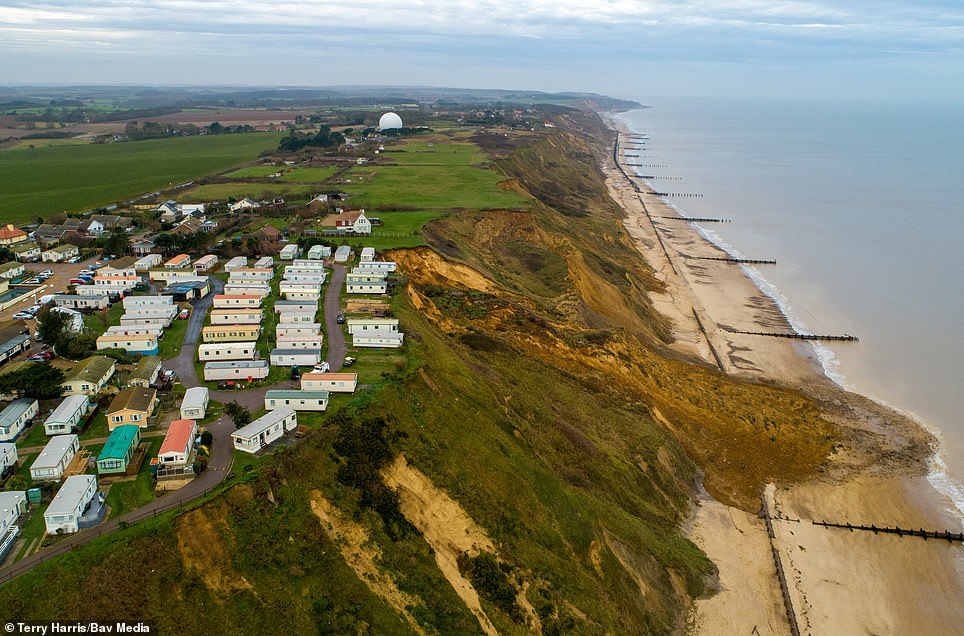 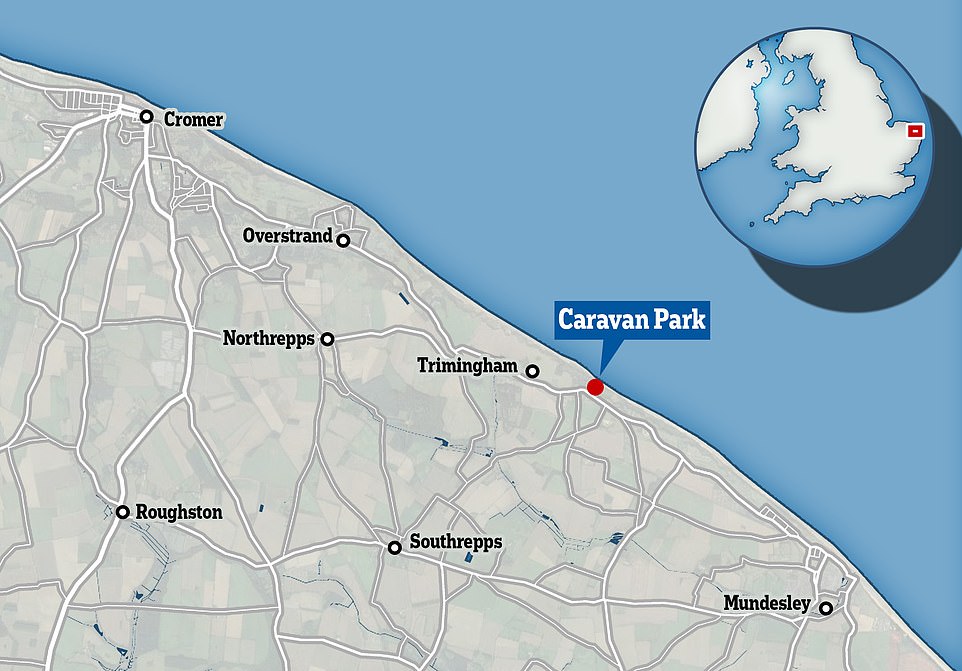 'We then removed all her belongings to render that safe and then we went about making the site safe so we disconnected utilities and there are about six caravans that really need to be pulled back from the cliff over the next two to three days.'

Coastguards said the landslip was not caused by coastal erosion, but instead by a build up of water in the cliff following heavy rain in December.

As the water seeps down through the sandy earth it makes the cliff unstable and gravity takes over.

The authorities and emergency services are now warning people to stay clear of the beach in case there are further falls in the next few weeks.

Following the dramatic landslide yesterday, a message on HM Coastguard Bacton's Facebook page read: 'The Team was called out this morning at 08.15 to Trimmingham Caravan Park where a large cliff fall had happened in the night, this left some of the caravans on the edge of the cliff.

'Once at the location it was discovered the a massive part of the cliff had fallen and some of the caravans was in danger of falling onto the beach below, one