A TUI customer was left furious after his children had to sleep outside in the freezing cold for seven hours when their flight home to Manchester was cancelled due to bad weather.

Ben Denton says he and his family spent 13 hours at Chambery Airport, in the French Alps, on Saturday.

The father-of-three, from Whitford, Clwyd, says seven hours were spent outside the airport building as temperatures dropped to -2C. 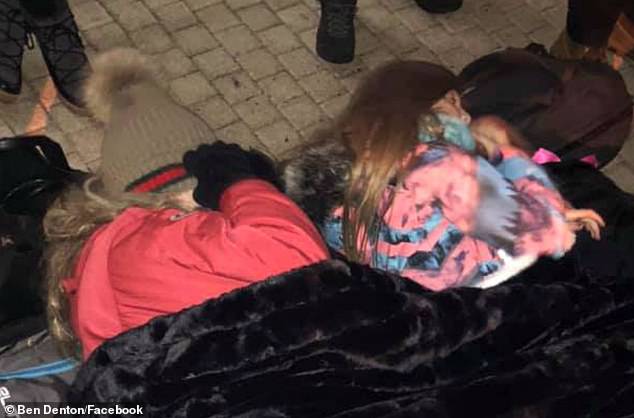 Ben Denton shared pictures of his children, saying they were forced to sleep outside in -2C temperatures on a makeshift bed, made from ski equipment bags 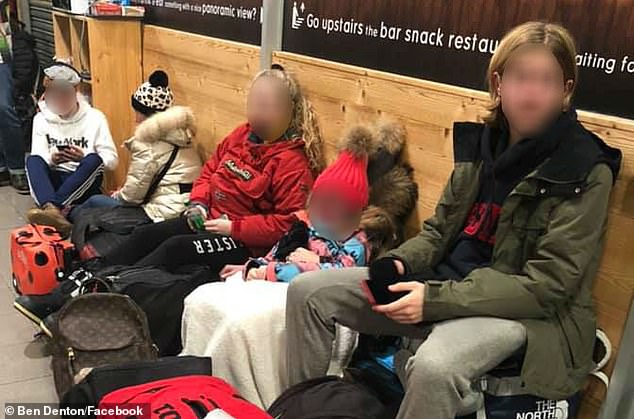 Mr Denton said his family, including his children Arabella, Jazz and Beau, spent 13 hours at the airport in the French Alps on Saturday. He added that seven hours were spent outside

The family should have been flying back to Manchester Airport after their week-long ski holiday.

Mr Denton posted photos of his children lying on a makeshift bed, made from ski equipment bags, while being covered by a £60 fur blanket he bought.

Hours later, the family were told to go to a sports hall where the Red Cross provided camp beds, blankets and food for hundreds of stranded passengers.

On Saturday Mr Denton complained to Crystal Ski Holidays, which is owned by TUI, writing on Facebook: 'So been at Chambery Airport for 13 hours, our fight cancelled. Standing outside for seven hours.'

Referring to one of his children, he added: 'Arabella bloody freezing!

'Nobody has a clue what's going on where we are staying. Staff look like rabbits in headlights and half of them have disappeared. 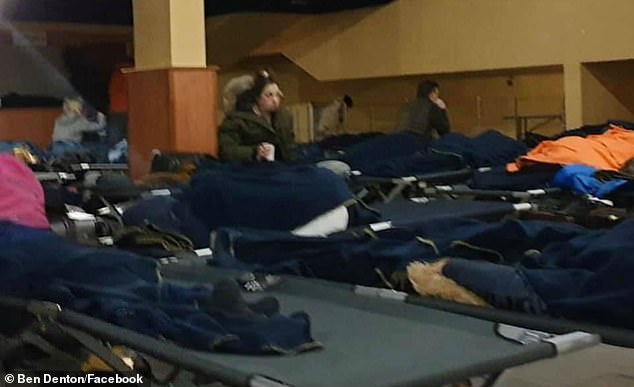 Hundreds of other passengers were also left stranded. The family were told to go to a sports hall where the Red Cross provided camp beds, blankets and food 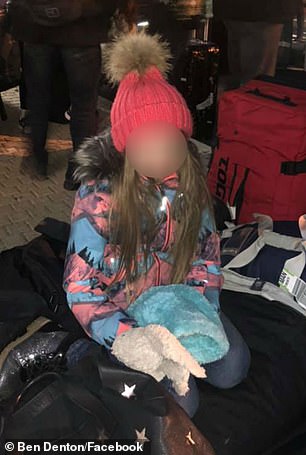 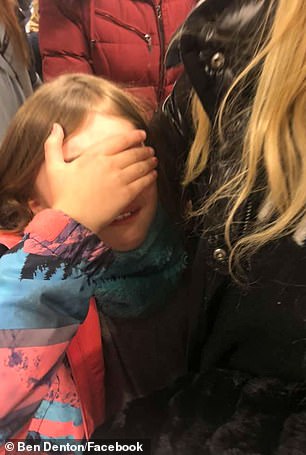 Mr Denton posted pictures of his daughter waiting outside in the freezing cold. On Saturday he complained to Crystal Ski Holidays, who are owned by TUI

'It is a complete shambles. Everybody kicking off and l been told to stop filming. Ha what a laugh.

'Just had to buy Arabella a blanket for £60. Dire situation. come on Crystal (Ski Holidays) sort it out. Lots of very small children outside cold.'

Hours later he wrote: 'So now we are all going to a gym emergency accommodation why the f*** didn't they tell me at 1pm so we could of got a taxi ourselves and go to a decent hotel.' 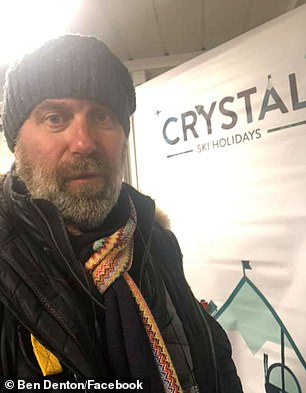 Mr Denton (pictured) posted on Facebook, writing it was a 'complete shambles'