An author who spent a year researching at the college where the Duke and Duchess of Cambridge's nanny of choice trained has revealed the types of tips and skills students are taught there.

Maria Borrallo, who was hired by Kate Middleton and Prince William, both 37,  to help look after Prince George, six, when he was eight-months-old, now cares for Princess Charlotte, four, and Prince Louis, one, too.

The 'Spanish supernanny' trained at the prestigious Norland College which has been producing childminders for the rich and famous since 1892.

Now, Louise Heren, author of Nanny in a Book, has told of the rules she is likely to have learned - including spotting signs of tantrums before they unfold and why they must never use the word 'kids.'

'I've spoken to nannies who have worked with other royal families and life is pretty normal,' Louise explained, speaking to Mirror Online. 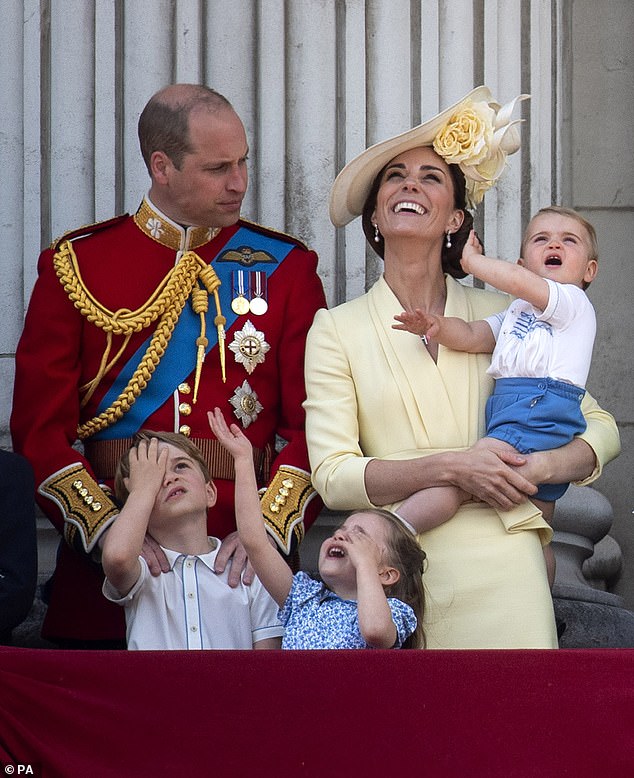 Author Louise Heren spent a year at the college where Maria Borrallo trained and has revealed the skills she is likely to have learned. Pictured, the Duke and Duchess of Cambridge with Prince Louis, Prince George, Princess Charlotte, Duchess of Cornwall, on the balcony of Buckingham Place watching the flypast after the Trooping the Colour ceremony. 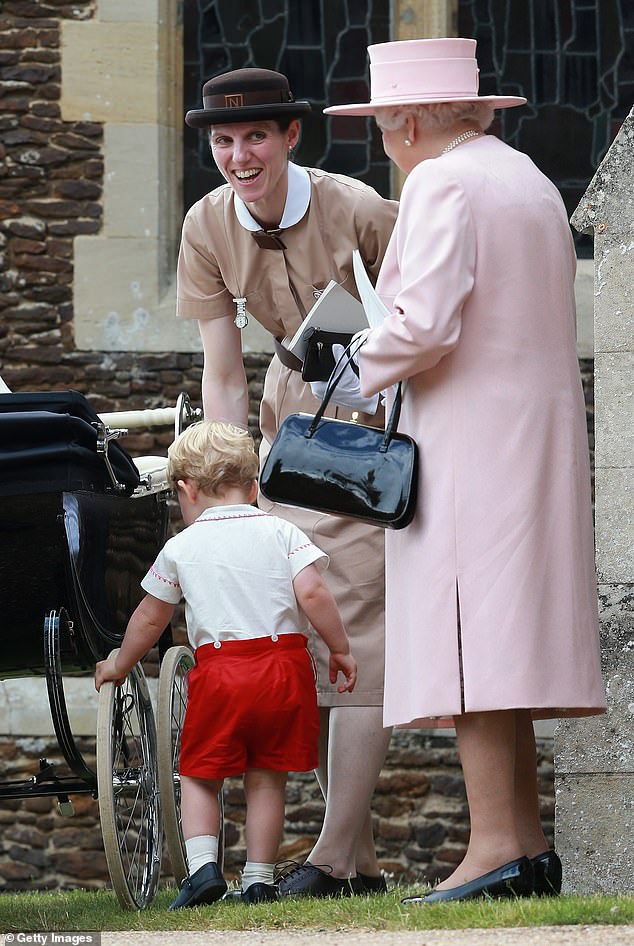 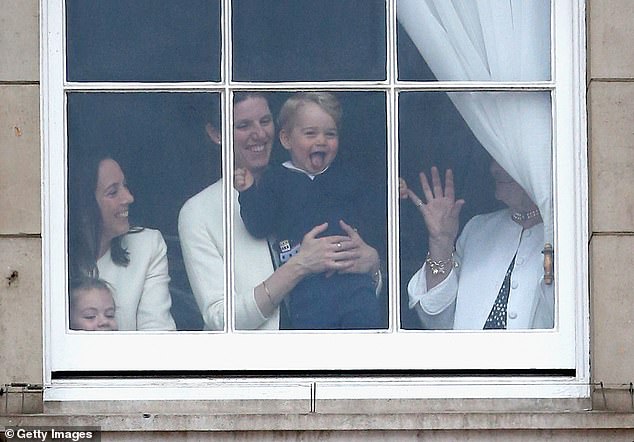 Prince George of Cambridge is held by his nanny Maria Teresa Turrion Borrallo as he waves from the window of Buckingham Palace as he watches the Trooping Tthe Colour on June 13, 2015 in London

'You get up, have breakfast, you go to school and you wear your school uniform whether you like it or not. It would be quite like the average British school children.'

When the children reach a certain age, Norland Nannies encourage them to play a part in organising each day.

If they're allowed an option to pick what's on the agenda, they're more likely to get on board with the activity.

'It means that the nanny has got some control but the child has chosen what to do and is happy that they got the choice,' Louise told the publication.

GIVE A RUN DOWN OF THE DAY AHEAD BEFORE STEPPING OUT

Unlike day-to-day nannies, Maria has the added pressure of raising a future king and preparing the children for royal outings.

Louise believes the Duchess of Cambridge helps to prepare the young royals ahead of any tours or events by giving them a breakdown of the day and what they can expect.

This includes anyone they may encounter and how they should respond with their actions - such as waving back.

Louise added: 'Her job is to keep them happy, safe and well but equally they need to be presentable and well behaved when they are on parade.' 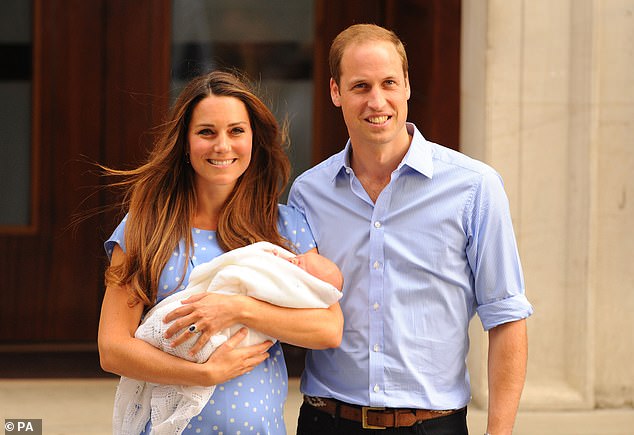 The Duke and Duchess of Cambridge hired Maria in 2014, when Prince George was eight-months-old. Pictured, leaving the Lindo Wing of St Mary's Hospital in London, with newborn Prince George 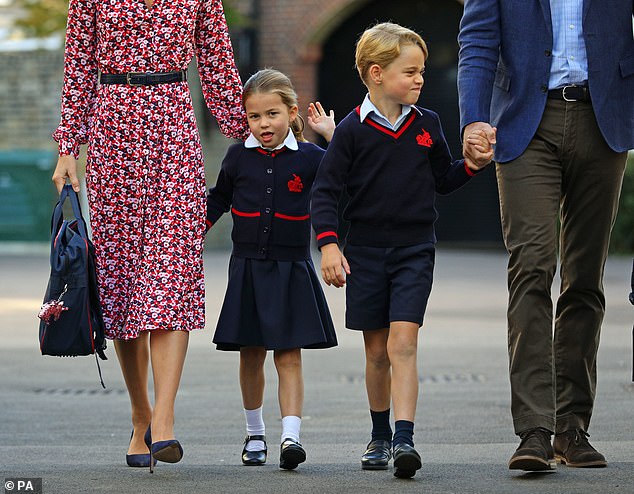 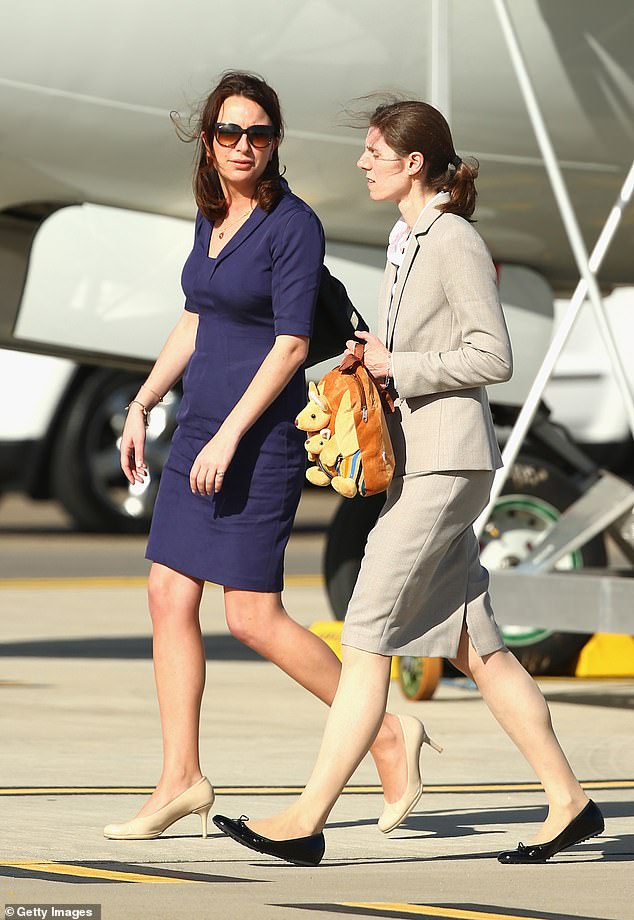 Former Private Secretary to the Duchess of Cambridge Rebecca Deacon, and Nanny Maria Borrallo arrive at Sydney Airport on on April 16, 2014 in Sydney