A powerful storm whipping up winds of nearly 70mph raged across parts of Britain today, raising fears of power cuts and a week of transport chaos – with more strong gusts on the way later this week.

Strong gusts hit North East England and western Scotland today as ferries remained tied up in port due to the giant waves around the coasts, meaning some island communities could be cut off until the end of the week.

Buses and high-sided vehicles faced restrictions on road bridges, with a top gust of 67mph recorded on South Uist in the Outer Hebrides - and 59mph being the highest mainland reading at Aultbea in the Highlands.

The Met Office said a second storm later this week will bring gusts of up to 70mph to parts of England and Wales, with a spell of very strong winds spreading from the South West across the country through Thursday morning.

In the first storm of 2020, buses and high-sided vehicles faced restrictions on road bridges, Edinburgh Castle was shut due to the winds - and the A1 trunk road was closed between Haddington and Thistly Cross in East Lothian. 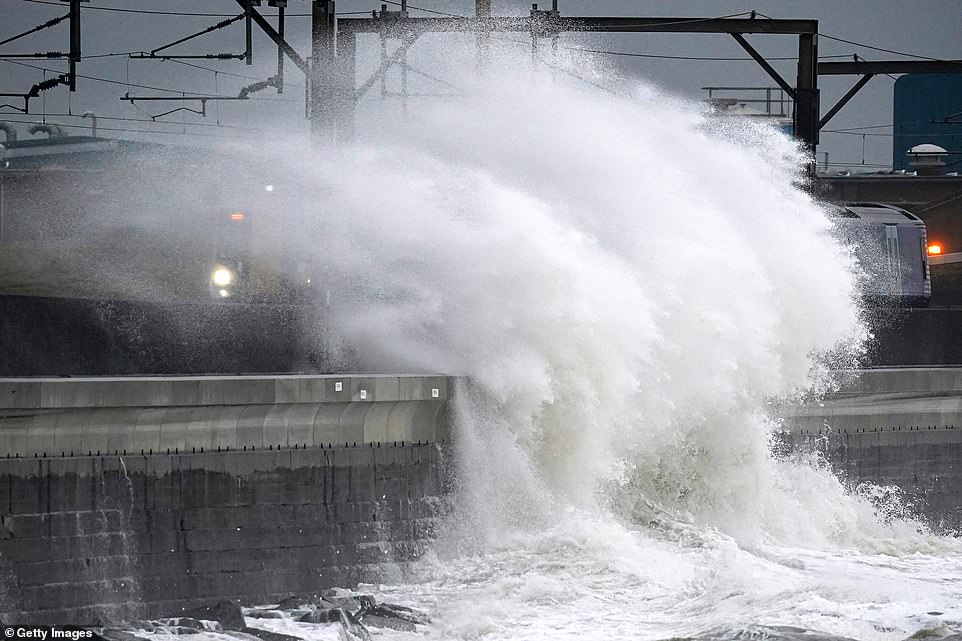 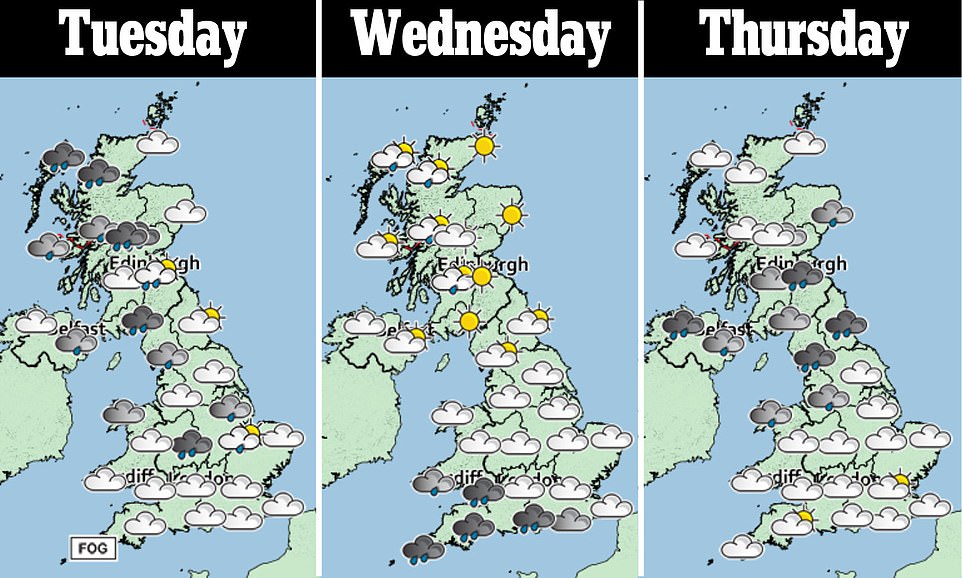 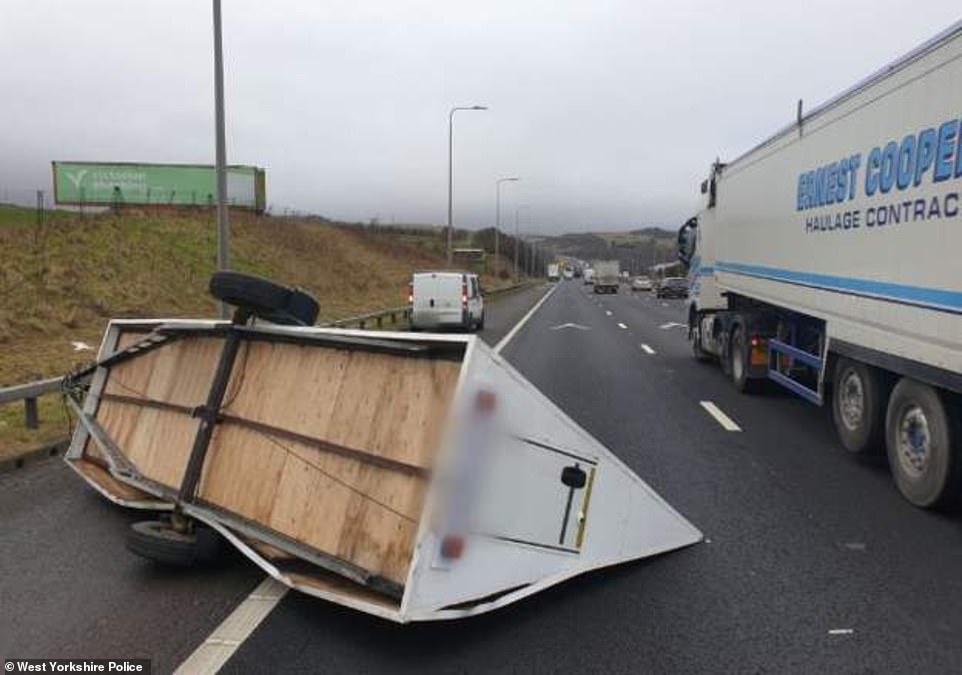 Strong winds saw this trailer fall on its side on a road in West Yorkshire today. Top gusts reached 67mph in parts of the UK 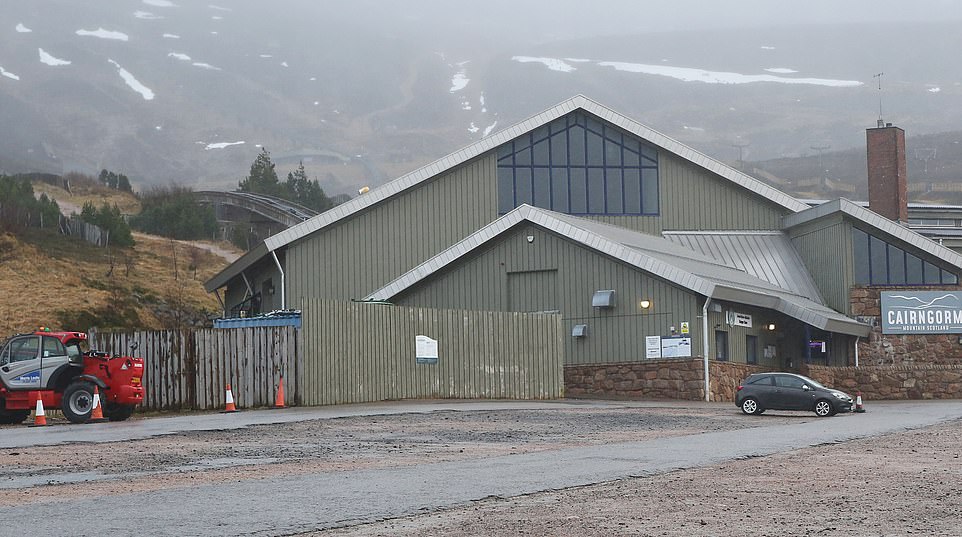 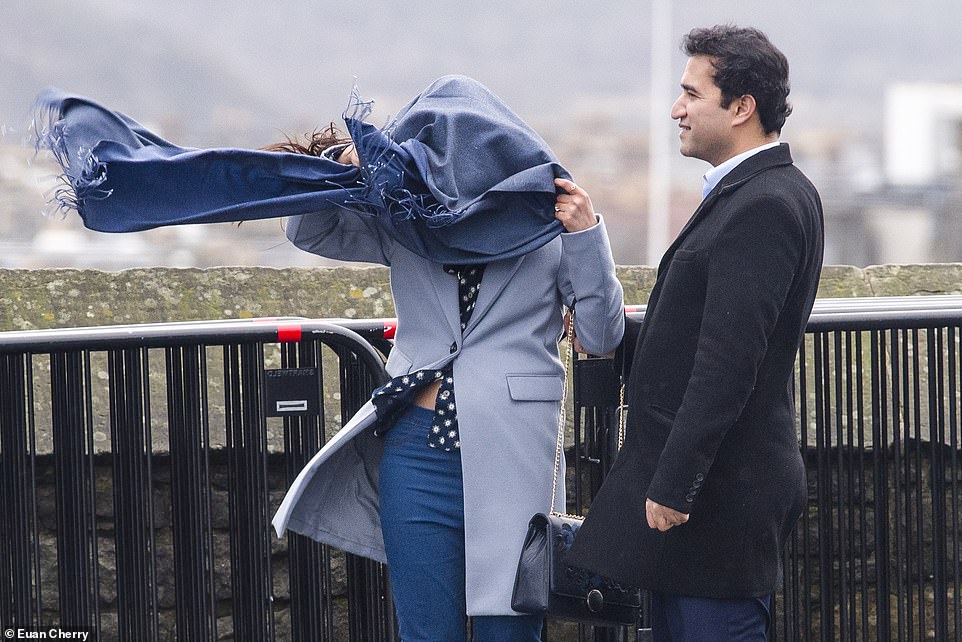 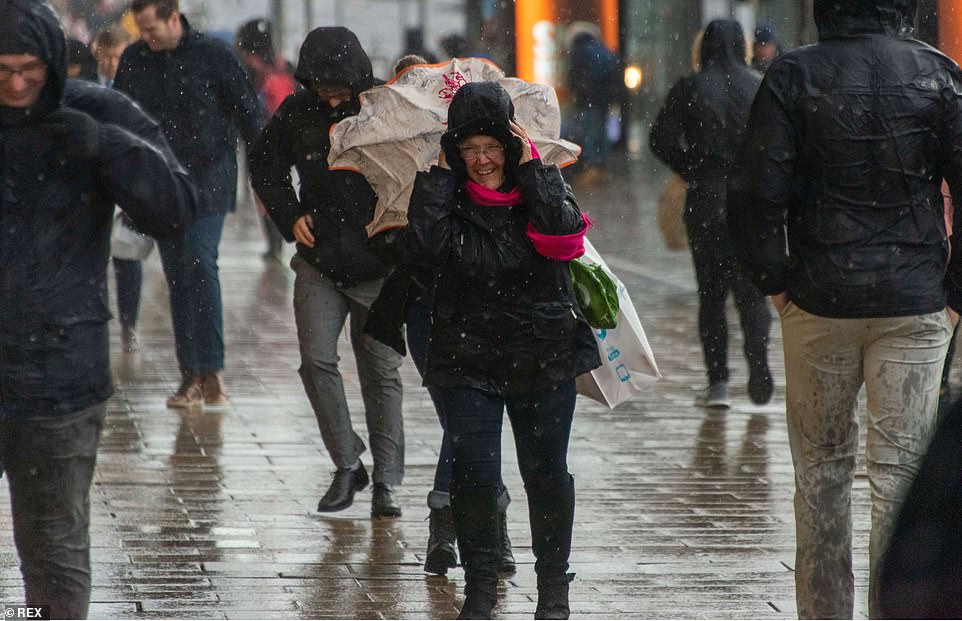 edestrians on Edinburgh's Princes Street battle high winds. Scotland was hit with strong winds with gusts up to 75mph 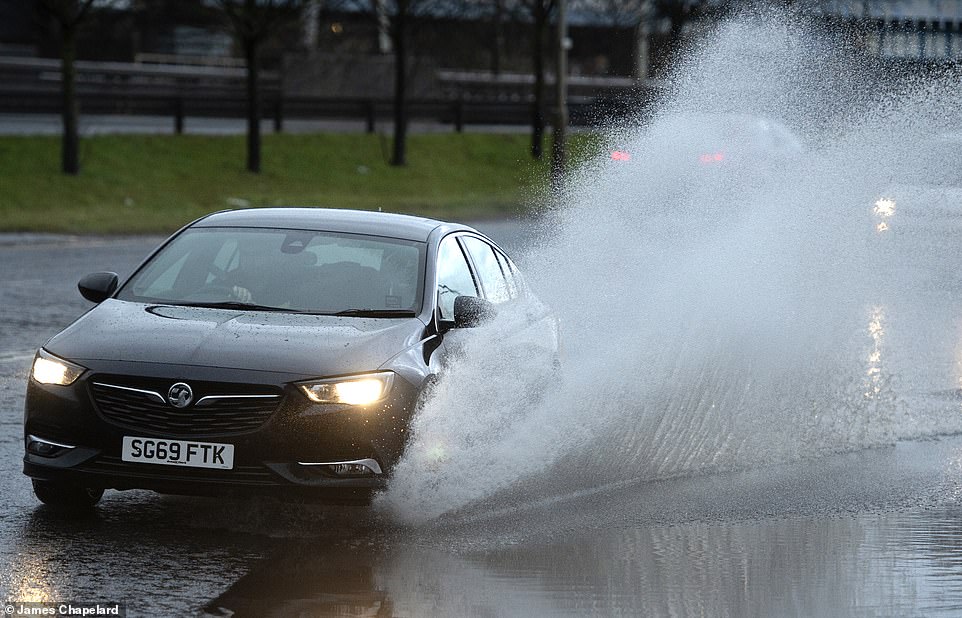 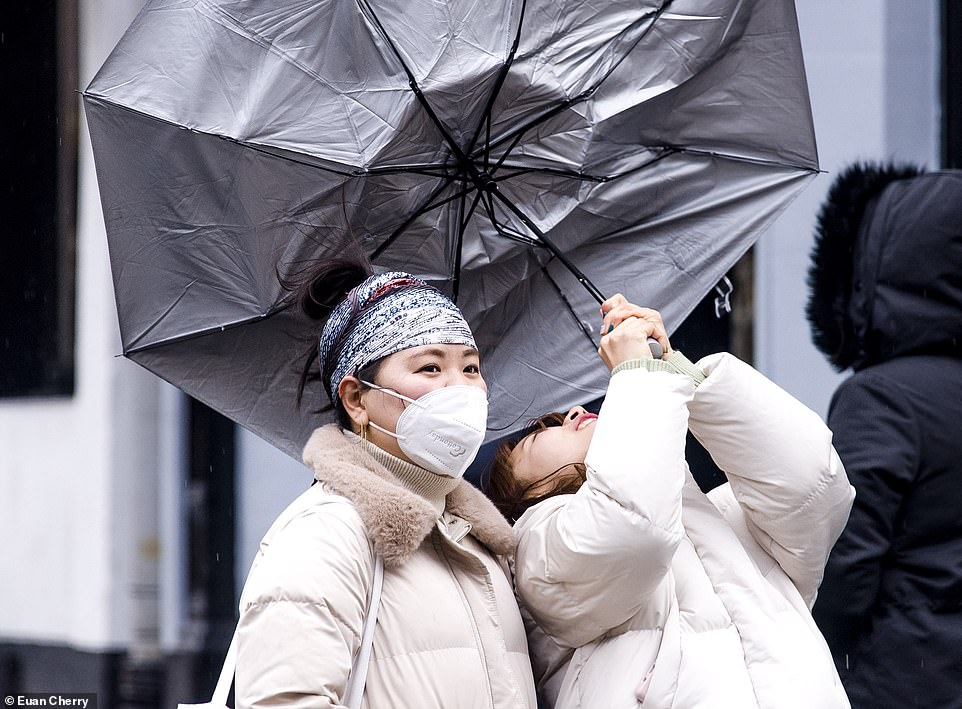 A Met Office yellow 'be aware' warning is in place today until 9pm tonight, with the zone covering the far West of Scotland as well as an eastern coastal area from Edinburgh down to Scarborough and inland to Leeds.

A second warning will run from 3am to 6pm on Thursday, alerting people across England to 'very strong winds potentially bringing some disruption' and a 'small chance of injuries and danger to life from flying debris'.

The Met Office added that there was a chance of some damage to buildings, such as tiles blown from roofs, and the possibility of longer journey times or cancellations as road, rail, air and ferry services are affected.

There is also a chance that some roads and bridges could close, and power cuts may occur, with the potential to affect other services, such as mobile phone coverage

Forecasters said gusts of 50mph to 60mph are possible for many areas, with gusts of 70mph in places. Winds