A thief has been jailed after she was caught burgling her own grandparents' home on a secret camera set up by police, having previously been caught taking money from her best friend.

Melissa Collier, 28, would wait until she knew her grandma, 83, was out before letting herself into their home and 'creeping' past her 92-year-old war-hero grandad who was confined to a chair after suffering a stroke.

After the couple noticed money was going missing, their concerns were reported to police who set up 'surveillance' inside their sheltered housing complex in Analby, Kingston upon Hull, Yorkshire.

Hull Crown Court heard it was their carers who 'came under suspicion', but the thief turned out to be their granddaughter, who they had an 'excellent' relationship with.

Collier's grandfather was said to be 'devastated' when he was told it was his daughter's daughter who had been stealing from them.

He has since died without an apology and before her conviction.

Previously, footage from a hidden camera at Samantha Wood's house showed the moment Collier, her friend of 14 years, nabbed money from her handbag and stuffed it in her bra. 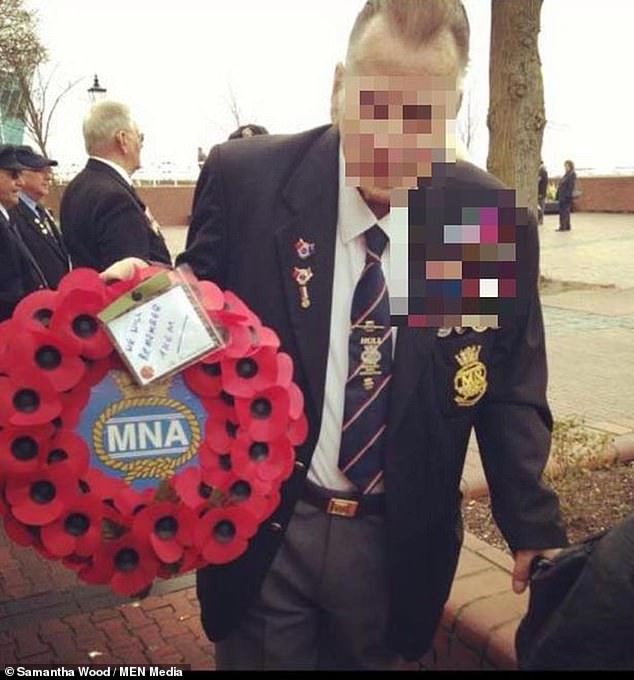 Melissa Collier, 28, would 'creep' past her 92-year-old war-hero grandad who was confined to a chair after suffering a stroke

Stephen Welch, prosecuting, told the court that Collier had used information only known to the family before 'planning' how to take advantage.

He said: 'For some time they had noticed money had been going missing, never in very large amounts. The suspicion had fallen on the carer.

'The matter was reported to the police and was under surveillance.

'Her grandfather had suffered a stroke and was confined to a chair. It was only when police set up surveillance that she was caught going into a drawer in her grandfather's bedroom and taking the money from a drawer.'

Mr Welch said the aggregating features in the case include the fact her grandfather was in his home at the time of the burglaries.

He said: 'The complainant was in the home at the time that the burglary occurred and the premises were deliberately targeted due to the vulnerability of the complainant.

'There's a degree of planning, she has attended when her grandmother is out and her grandfather is on her own.'

Unemployed Collier arrived at court on Tuesday to learn her fate, having previously pleaded guilty to five counts of burglary from a dwelling and one count of theft from a person. 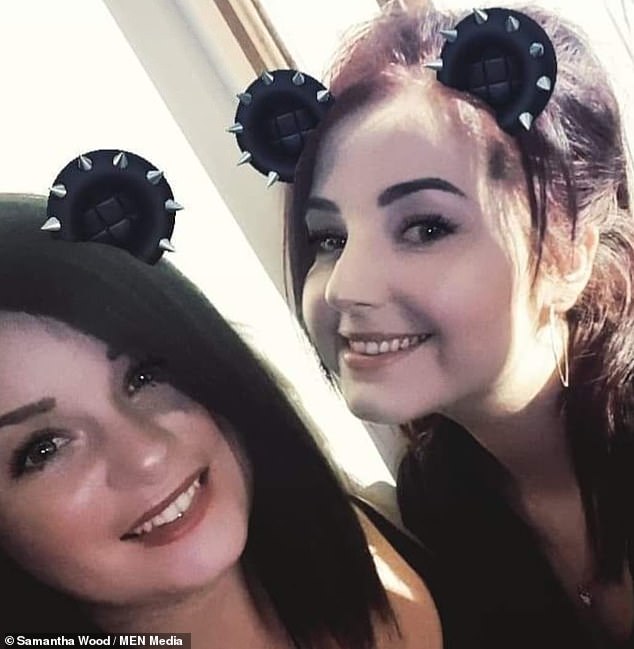 Collier (left. pictured with Ms Wood, right) of Hull, admitted one count of theft which was caught on camera

She was convicted of theft after being caught on a secret camera by her best friend Samanatha Wood who also noticed money going missing.