The two lawyers set to go head to head in Harvey Weinstein's New York sexual assault trial have already seen themselves thrown into the spotlight ahead of the disgraced movie mogul's landmark trial.

Defense attorney Donna Rotunno, 44, and prosecutor Joan Illuzzi-Orbon, 57, clashed on day one of the trial proceedings on Monday, forcing Judge James M. Burke to issue a stark warning to 'leave the witnesses alone'.

Their battle saw Illuzzi immediately set a combative tone by referring to Weinstein, 67, as a 'predator,' drawing an objection from the defense table.

The lawyers also sparred after prosecutors asked the judge to bar all attorneys in the trial from speaking about the evidence outside court. 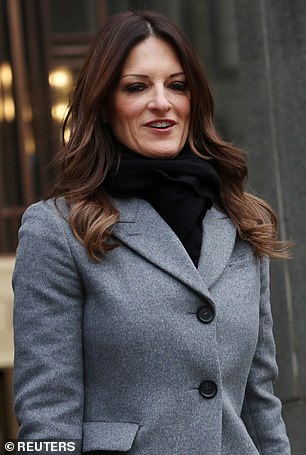 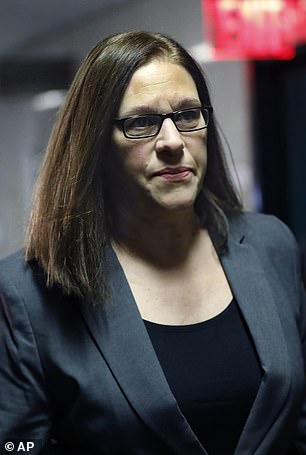 Lawyer Donna Rotunno, 44, left, has said Weinstein calls her the 'Harvey whisperer'. Illuzzi-Orbon, right, has been described as 'one of the finest trial lawyers in the nation' 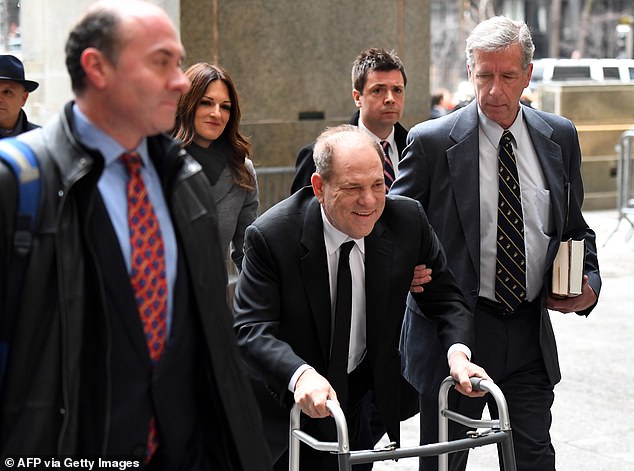 The New York case against Weinstein involves allegations that he raped one woman in a Manhattan hotel room in 2013 and performed a forcible sex act on a different woman in 2006. Weinstein has pleaded not guilty and maintains any sexual activity was consensual.

In Los Angeles prosecutors also charged Weinstein Monday with sexually assaulting two women there on successive nights during Oscar week in 2013. Lawyers for Weinstein had no immediate comment on the new charges, though he has repeatedly denied any wrongdoing.

And with potential jurors expected to fill a New York courtroom Tuesday all eyes will be on the two women who are set to shape the outcome of what has been dubbed 'the trial of the decade'.

Dubbed the 'Harvey whisperer' by the man himself Rotunno, 44, is known in Chicago as the 'anti-Gloria Allred' for defending men accused of sexual assault and rape.

Rotunno, who comes from a large Italian-American family and has 14 godchildren,  says her line of work 'just happened', adding: 'Being a woman [defense attorney] I get a lot of those phone calls. I think men realize that could be an asset to them.

After meeting with Weinstein for the job she told Vanity Fair: 'I was surprised by what he valued. He said to me, "It seems like you're a really good person," and it surprised me that that mattered to him.' 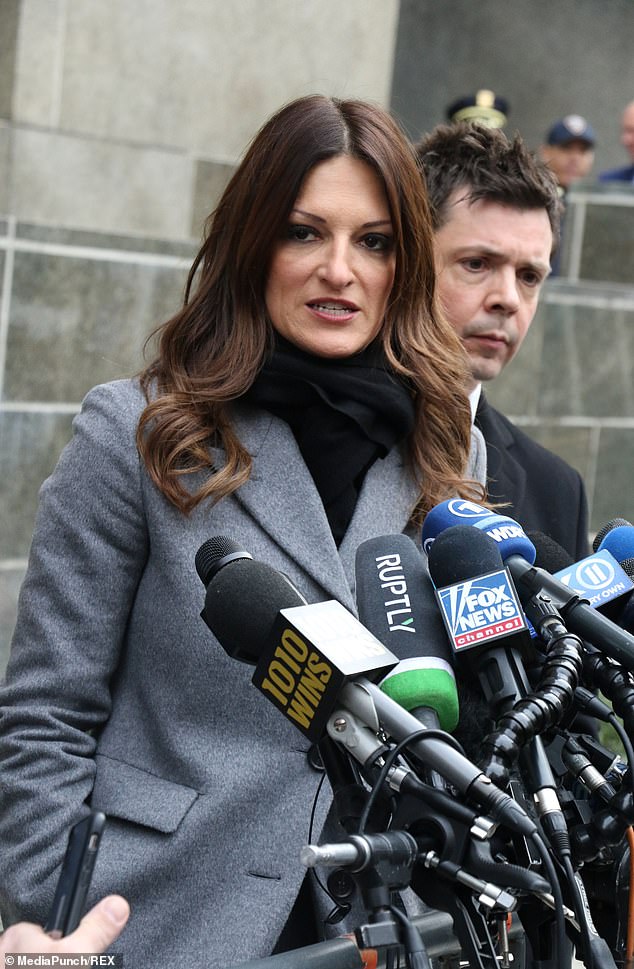 Rotunno, pictured, is known in Chicago for defending men accused of sexual assault and rape 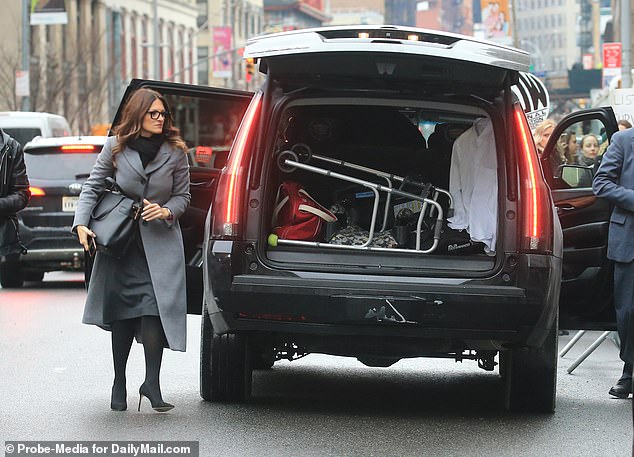 Harvey Weinstein and his legal team arrive to court for the first day of trial. Weinstein's walker is pictured in the back of the car along with a spare white shirt and a child's car seat

'My father always taught me, 'Never let your emotions cloud your intellect,' and I really live with that principle in the back of my mind', Rotunno says, adding: 'If women want equal rights and equal pay and equal opportunity, then you have to also take equal responsibility.

'I think it's easy to look back and say, "Oh, you know, maybe I didn't love that experience". Well, okay. Regret sex is not rape.'

Having said Weinstein calls her the 'Harvey whisperer' she later backtracked, telling Vanity Fair: 'We, um, we get along. Harvey called me that at the beginning.'

But she has already made it further than Weinstein's two previous legal teams who were out before he reached trial.

In April his trial was delayed until September 9 to allow defense more time to gather evidence.

But by July last year Weinstein was forced to hire his third legal team after the second team of defense attorneys exited the case.

Rotunno said: 'You have to remember, this is really all Harvey has to focus on right now. I think he looks at this as an opportunity to be involved in a project.' 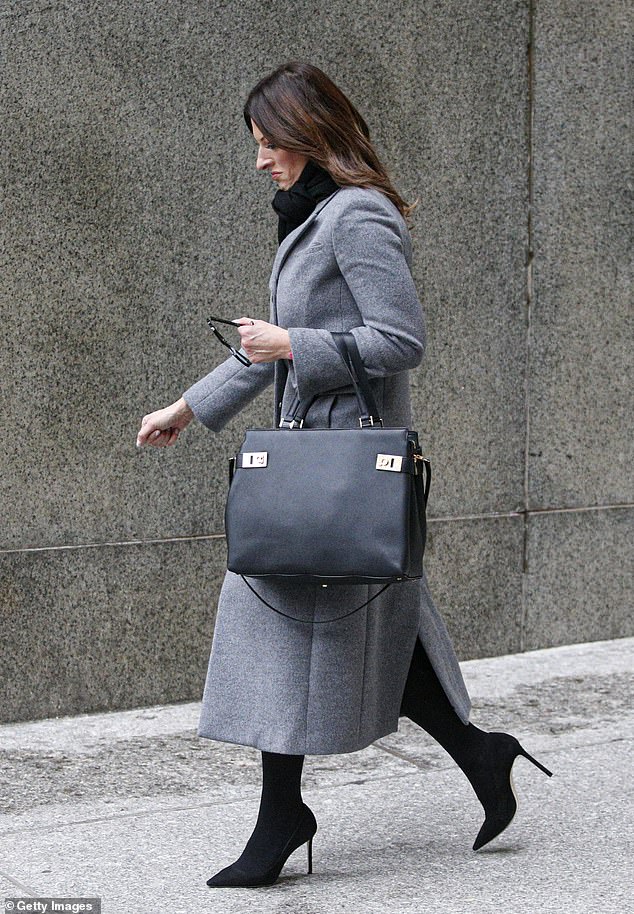 Dubbed the 'anti-Gloria Allred' Rotunno, pictured, says her line of work 'just happened'. She sparred with prosecutor Joan Illuzzi-Orbon as the trial kicked off Monday 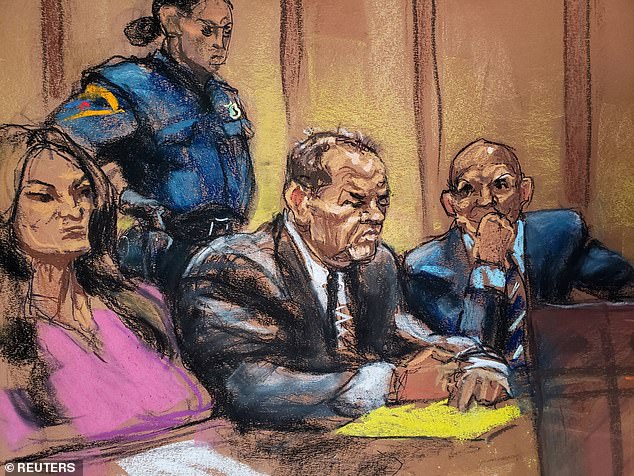 She has already argued the case is weak and said she plans to aggressively cross-examine the accusers.

'Just because a woman makes a claim doesn't mean it's true,' lawyer Donna Rotunno said after a pretrial hearing last month. 'Just because Mr. Weinstein has been accused of a crime, that does not mean he's guilty.'

She added: 'The prosecutors are going to say Harvey Weinstein was this powerful guy that could get anything he wanted, and went to any measure to get whatever he wanted.

'In this great country, you are innocent until proven guilty,' she said outside the courthouse Monday.

Joan Illuzzi-Orbon, 57, secured a conviction for the 1979 murder of six-year-old Etan Patz  nearly 40 years after he was kidnapped from a Soho bus stop in Manhattan.

She also prosecuted Lil Wayne and Ja Rule in 2007 on weapons charges and the duo ended up taking plea deals.

Manhattan defense attorney Stacey Richman who represented the two artists said: 'She calls herself a soldier in the army of the District Attorney's Office.

'She is a true believer and seeks to serve what she perceives is just.'

Illuzzi-Orbon will put her cold case skills to use as Weinstein is standing trial for crimes committed between 2006 and 2013. 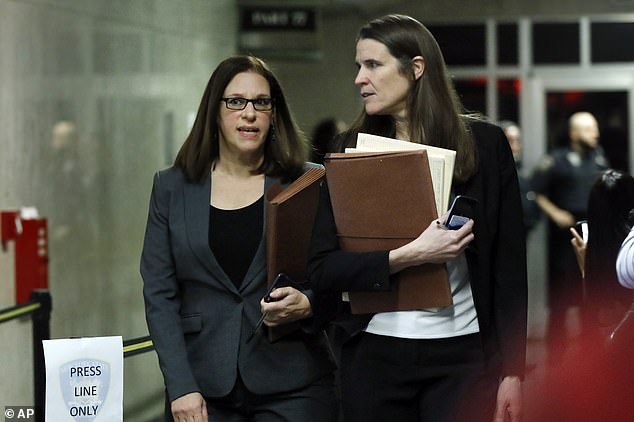 Assistant District Attorney Joan Illuzzi, left, leaves State Supreme Court after the Harvey Weinstein trial on Monday. She immediately set a combative tone to the morning's proceedings Monday by referring to Weinstein as a 'predator'

DA Office spokesman Danny Frost has previously described Illuzzi-Orbon as 'one of the finest trial lawyers in the nation, with unparalleled expertise in high-profile cold cases'.

After graduating from St. John’s University School of Law in 1988 Illuzzi-Orbon has worked in the DA’s office ever since bar a brief break five years ago.

PREV Facebook executive claims Cambridge Analytica scandal was a 'non-event'
NEXT Qassem Soleimani laid to rest as thousands line the streets after Iranian ...