Leave now! Bushfire victims told to evacuate AGAIN ahead of horror conditions tomorrow as firefighters brace for temperatures of 40C Entire community on Kangaroo Island ordered to immediately evacuate  Vegetation in popular tourist area of Vivonne Bay is a dangerous fire risk A third of the island was burned to the ground in horrific fires over the weekend

Bushfire victims recovering from the horrific blazes on Kangaroo Island are being told to evacuate immediately.

Dangerous conditions are set to return to the area on Thursday, with firefighters bracing for 40C temperatures.

Around 140 people in Vivonne Bay, a popular tourist area on the south coast, are being evacuated.

The island was devastated over the weekend, with more than a third of its entire land burned. 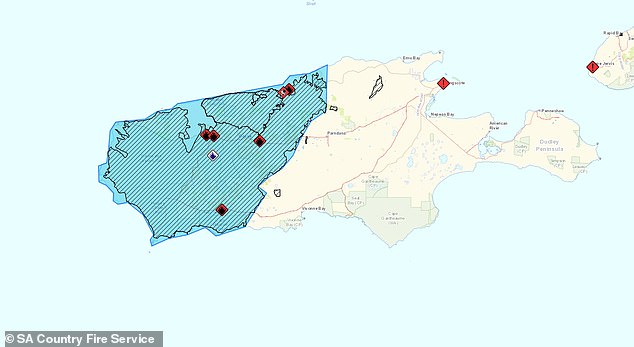 The Kangaroo Island Complex Fire (pictured, in blue) is burning across 164,405 hectares. Around a third of the island has been burned so far this bushfire season 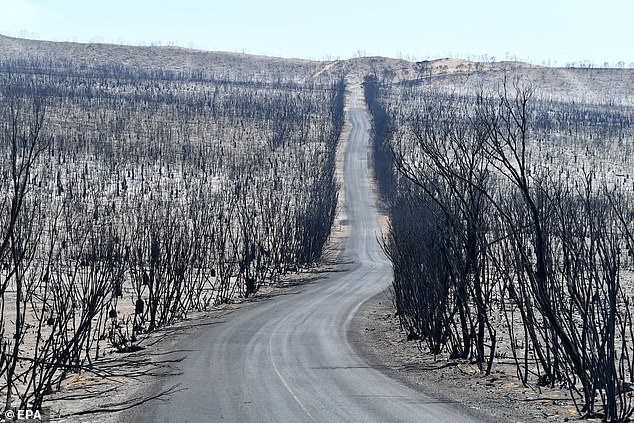 A convoy of army vehicles, transporting up to 100 reservists and supplies, is currently on Kangaroo Island as part of Operation Bushfire Assist at the request of the South Australian Government.

The residents will be moved to Penneshaw or Kingscote on the island's east.