Britain must NOT 'tie its hands' by accepting EU rules on the City of London after Brexit, warns outgoing Bank of England governor Mark Carney Mark Carney to step down as Bank of England governor on March 16 this year  Uses valedictory interview to warn against alignment of financial rules with EU He said it is 'not desirable' for the City of London to be a rule-taker post-Brexit

Mark Carney has warned the City of London must not be forced to accept financial rules from the European Union after Brexit.

The outgoing governor of the Bank of England said Britain must not 'outsource regulation' of its financial sector once it splits from Brussels.

He argued it would not be 'desirable' to give the EU a say in how the City operates and that alignment with the bloc's financial regulations would 'tie our hands'. 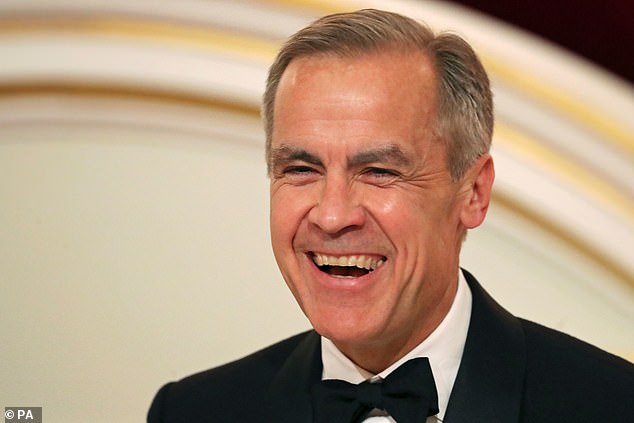 Mark Carney, pictured in June last year, is due to step down as the governor of the Bank of England on March 16

Mr Carney is due to step down as governor on March 16 when his replacement, Andrew Bailey, will take over. Mr Carney has been in the role since July 2013.

The current bank chief has faced fierce criticism from Brexiteers in the past over comments which were viewed as being pessimistic about what leaving the EU could mean for UK prosperity.