Shocking photos reveal police officer's injuries after hit-and-run horror - as his wife appeals for help catching driver of Mini Cooper dumped near scene Police Constable Jon Casey was taken to hospital after collision early on Sunday A Mini was found abandoned near scene in Woodford Green, north east London Police yet to make arrest as detectives have launched a manhunt for the driver

The wife of a police officer seriously hurt in a hit-and-run has released a photo showing his dramatic injuries - as a manhunt for the person responsible continues.

Police Constable Jon Casey is in a serious but stable condition in hospital after the collision in Woodford Green, north-east London, in the early hours of Monday.

His wife, Donna Casey, has posted a picture of his bloodied face on social media in a bid to get witnesses to come forward. 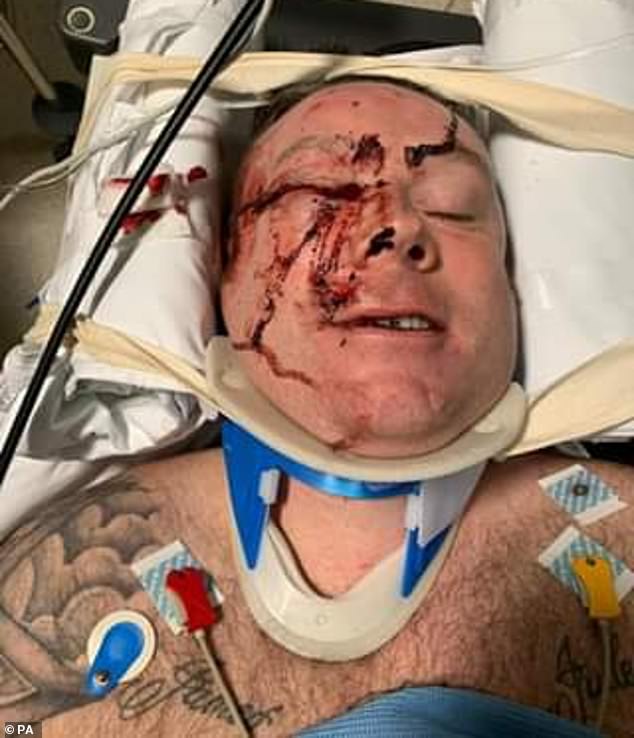 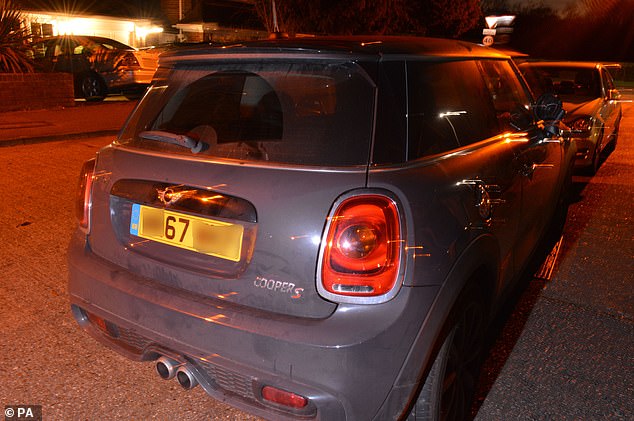 Mrs Casey wrote on Facebook: 'He is a father of three boys, a son, a brother and my best friend.

'We want the public to see what these people will do to get away from justice so please share this picture!

'Please if anyone has any information call 101 for the #metpolice.'

At about 10 minutes past midnight, officers indicated for a grey Mini Cooper to stop near Saint Barnabas Road.

It failed to do so and a pursuit was authorised.

Officers positioned themselves on Chigwell Road, near Gaynes Hill Road and the M11 overpass, to wait for the vehicle. 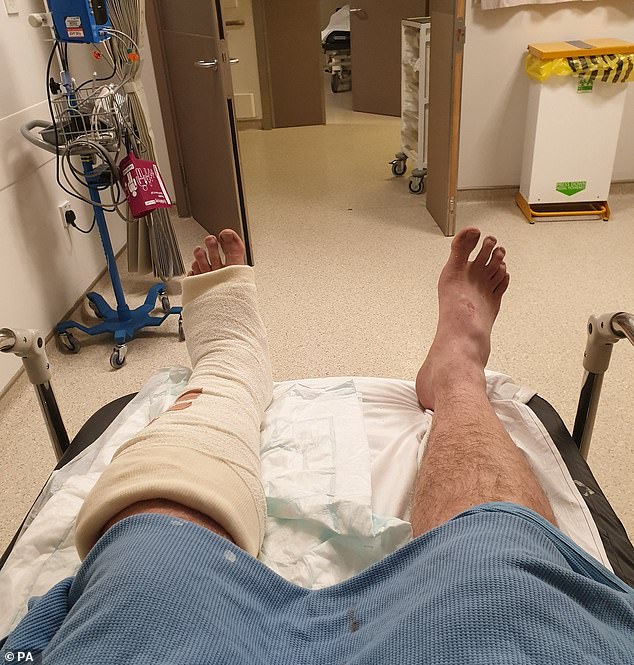 Police also released a photo showing PC Casey's leg in a cast. The officer was taken to hospital where he is in a serious but stable condition, but his injuries are not life-threatening 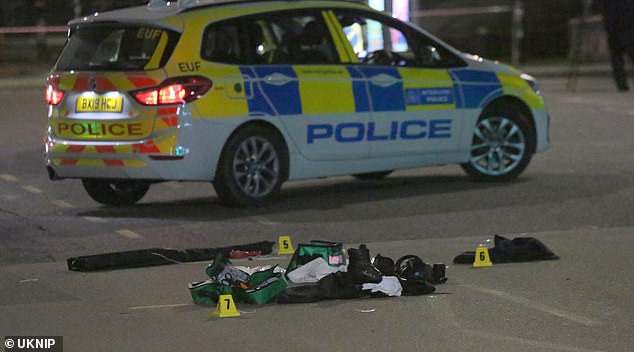 A police manhunt has