Greggs staff will each get £300 extra pay this month as bakery chain hands out £7m in bonuses after 'phenomenal' 9.2% sales rise boosted by new vegan range Greggs, which hires around 25,000, will pay the full bonus to 19,000 employees Workers will be paid around £300 on top of regular pay at the end of January The bakery chain said its underlying pre-tax profit will be ahead of expectations It comes a year after the anticipated launch of the company's vegan sausage roll

The largest bakery chain in Britain will pay its staff around £300 each in bonuses this year, following a 'phenomenal' sales rise boosted by its new vegan range.

Greggs announced a £7million windfall payment to its employees, saying its underlying pre-tax profit, even with the payout to staff, would be ahead of expectations when it announces the 2019 results in March.

The company, which hires around 25,000 employees, will pay the full bonus to 19,000 staff who joined before April last year, and can expect around £300 each on top of their regular pay at the end of January. Other employees will receive approximately £75 per quarter they have been working at the business. 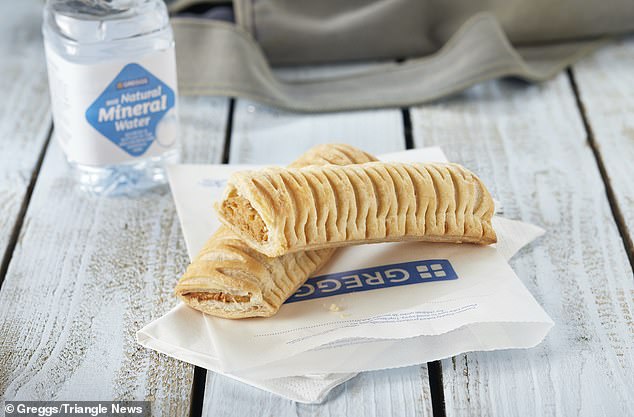 Greggs had a 'phenomenal' 9.2 percent sales rise this year, boosted by its new vegan range. The vegan sausage roll has helped push up sales and extend the chain's appeal (file

PREV us news Fugitive former Nissan exec Carlos Ghosn feared he would 'die in Japan' if he ...
NEXT President Trump will deliver a statement on Iran at 11 a.m. ET, the White House ...