Five Labour members could be charged with hate crimes over anti-Semitism including branding Jews a 'cancer', reveals Met Police chief Cressida Dick Scotland Yard has sent the five most serious cases to prosecutors to consider Dossier of anti-Semitic jokes and threats by Labour members emerged in 2018 Met unit investigating hate crimes has passed on files to CPS in five of six cases

Five Labour members are waiting to hear if they will be charged over alleged anti-Semitic rants including calling Jews a 'cancer' and a sick joke about murdering Jewish people in 'chambers' being too expensive because of gas prices, it was revealed today.

Metropolitan Police Commissioner Dame Cressida Dick told LBC that six people were arrested last year as part of the inquiry - and that five files have been passed to the Crown Prosecution Service by her detectives.

The investigation was prompted by an internal Labour dossier detailing anti-Semitic messages on social media allegedly posted by party members, which was obtained by the radio station in 2018.

Reports at the time suggested the documents included details of 45 incidents involving 21 members, including one who allegedly wrote: 'We shall rid the Jews who are a cancer on us all.' 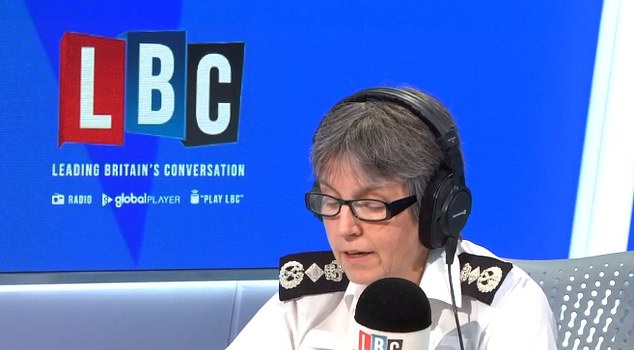 The London-based radio station handed this dossier of evidence to the Met in  2018. It included the names of 21 Labour members now reduced to five at risk of prosecution

A serving Labour councillor is accused of inflicting 'ten years of hell' on a child, calling him a 'Jew Boy.'