Kim Jong-un applauds as North Korean female soldiers sing, dance and play the guitar for him in bizarre performance before posing for pictures with the strongman Uniformed women play an accordion, guitar and a set of drums for Kim Jong-un Kim initially looks unimpressed but later stands up to applaud the performers  One women reacts angrily when her hat is knocked askew while posing with Kim

Armed with an accordion, guitar and a set of drums, the uniformed women sing and dance for the despot as he sits behind a desk.

Kim initially looks unimpressed by the performance, but later stands up to applaud the women and even poses for a picture with them.

However, the team photo turns into acrimony for one woman who was furious when a colleague appeared to knock her hat askew.

It is not clear where or when the footage was taken, but it was shared online yesterday by US-based publication 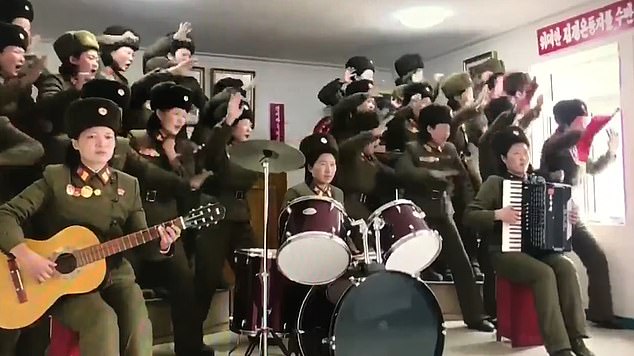 Performance: A troupe of North Korean women in military uniform dances for Kim Jong-un while some of the performers play a guitar, drum kit and accordion 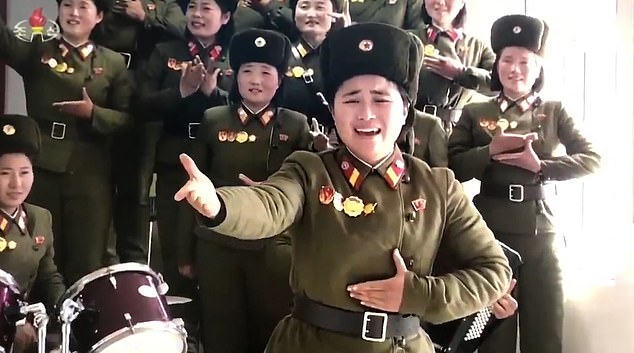 On display: One of the women gives an emotional performance while wearing a military uniform with a hat and medals 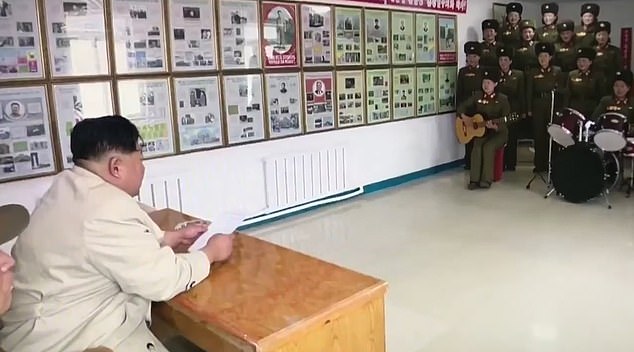 Spectator: North Korean strongman Kim Jong-un sits behind a desk and watches the performance by women in military uniform

In the first of three clips, Kim is sitting with other North Korean officials behind a desk in a small room which looks almost like a school classroom.

The women at the front of the troupe appear emotional,