No more screwing around! Husband has metal nut attached to his penis in his sleep by his wife as a DIY chastity device because she thought he was cheating on her Unnamed Ukrainian man, in his 40s, woke up to find his penis being strangled He tried to take the metal ring off himself but needed urgent medical attention  Rescuers used a circular saw to cut the chastity nut in two places before removal According to the rescue team, they saved the man's penis and its functionality

By Roksana Panashchuk For Mailonline

A husband had to seek medical help after his wife put a metal nut on his penis to punish him for being unfaithful in Ukraine.

The unnamed victim in his 40s was woken up by pain in the morning and saw his organ being 'strangulated' and swollen.

He tried to take the nut off by himself but failed before calling an ambulance and being hospitalised in the city of Zaporizhia, in the south of the country. 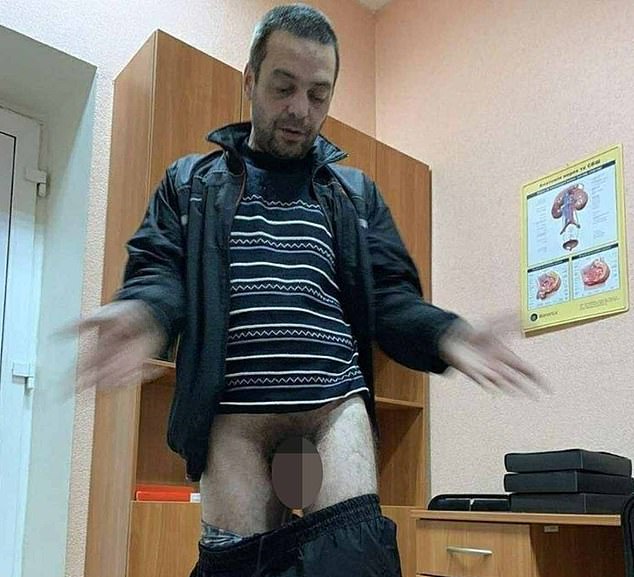 The unnamed man, pictured, said he awoke to find his penis being strangled by a metal ring that his wife had slipped on during the night in Zaporizhia, in the south of Ukraine 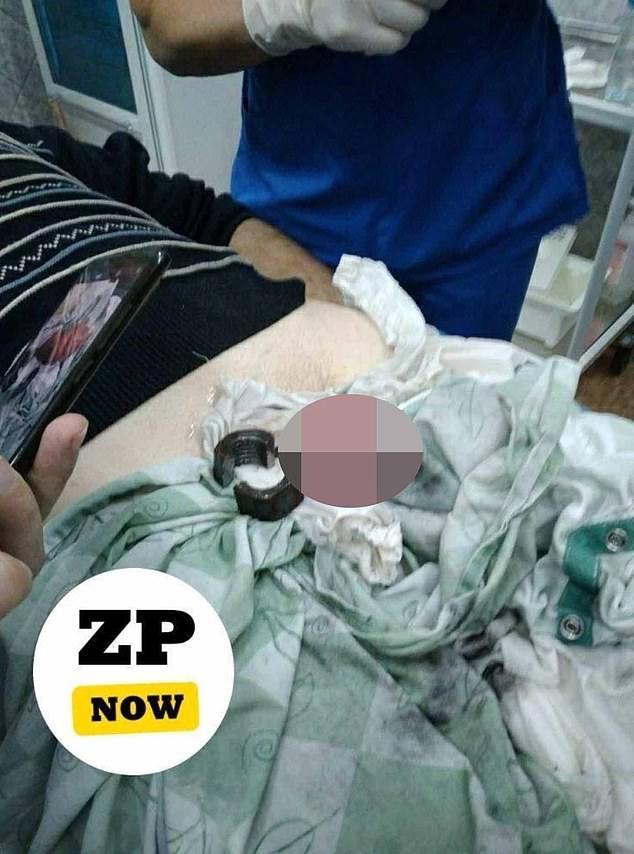 After examining the man, doctors called a 'Kobra' rescuers crew because they did not have the necessary tools to remove the chastity nut.

Rescuers had to use a circular saw to cut the nut in two places before they were able to take it off.