French tourist stalked by a stranger for 20 minutes in a Melbourne park before she was punched in the face relives her ordeal at the hands of 'mad' attacker Lisa, 24, said she almost dodged the punch and ran to a Russian family for help  The French engineer said she doesn't feel safe and avoids Melbourne's parks She considered going home to France but decided to help prevent incidents

French engineer Lisa now avoids Melbourne's parks after she was punched in the face by a stranger who had followed her for 20 minutes.

She tearfully recounted her ordeal on Wednesday as police appealed for witnesses.

Lisa, 24, was standing in Fitzroy Gardens in East Melbourne just before 7pm on January 5 when she says the man hit her and ran off.

'When he saw I was with people he ran away. I remember his eyes, it looked like he was mad, I don't know,' Lisa said. 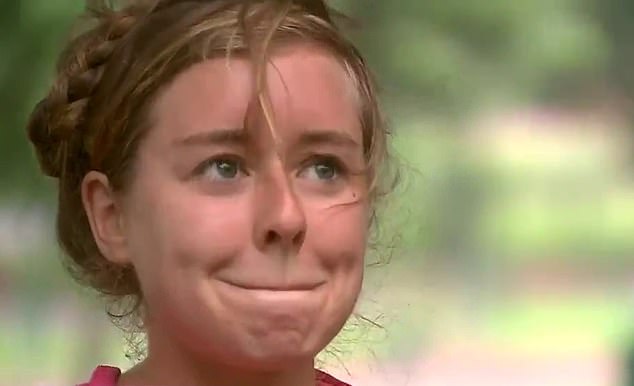 'Now I avoid all the gardens. It's terrible, Fitzroy Gardens was my favourite place and now I just try to walk around it. I just run and I don't feel safe.'