YouTube prankster is thrown into jail for five days in Egypt after climbing a PYRAMID in a bizarre bid to 'help Australia' with bushfire crisis Russian-American Vitaly Zdorovetskiy was jailed after climbing the pyramid The YouTuber was asking his followers for donations to Australian bushfires  Sharing footage of his dangerous stint, Vitaly called on people to help Australia After going down, Vitaly was met with Egyptian authorities and was arrested

A YouTube prankster who climbed one of Egypt's ancient pyramids in an attempt to get donations for the Australian bushfires was thrown into jail after the stunt.

Russian-American Vitaly Zdorovetskiy, who goes by username Kingvitaly, spent five days in jail after being arrested for climbing one of the pyramids in Giza.

In November, the Egyptian parliament enacted a law which prohibited the climbing of the Giza pyramids. 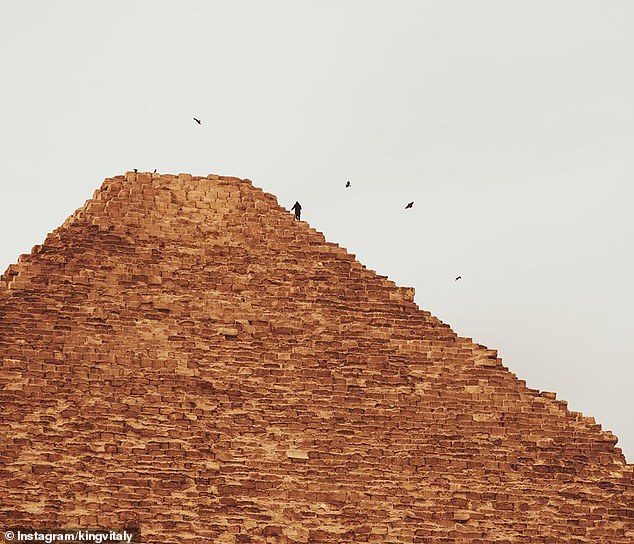 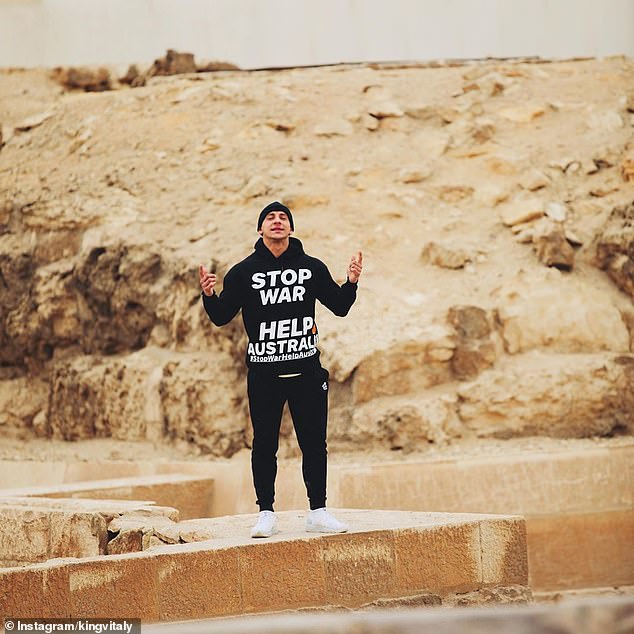 Your browser does not support HTML5 video.

Vitaly shared a video of the dangerous climb and his message to 'stop war' and to donate to Australia to his 3.1million followers on Instagram.

Finally making it to the top, Vitaly recorded himself asking people to

sport news Napoli boss Gennaro Gattuso insists Lionel Messi 'can do things that you only ...