An Australia Post-licensed post office has been forced to delete a job advert in which they vowed not to hire a millennial 'with an inflated sense of entitlement'.

The post office in Warilla, 15km south of Wollongong in New South Wales, uploaded the advertisement to job website Seek on Thursday afternoon.

The listing for a retail trainee gave a list of ten desired characteristics for applicants, with the final bullet point raising eyebrows online. 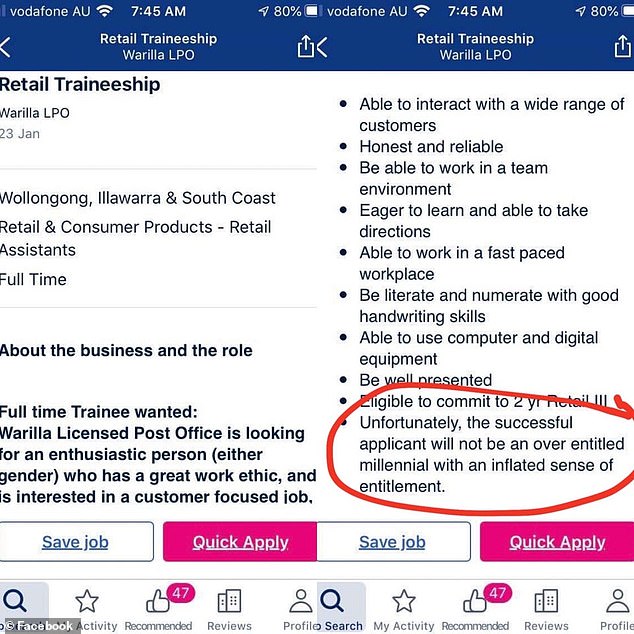 'Unfortunately, the successful applicant will not be an over-entitled millennial with an inflated sense of entitlement,' the bullet point read.

A screenshot of the unusual requirement was shared to Reddit on Friday morning, with one commenter reporting the millennial-related line was still live as of 9am.

The bullet point has since been removed though from the

us news Bloomberg offers to release women from 3 non-disclosure agreements after Warren ...

us news Wells Fargo to pay $3 billion in settling criminal and civil investigations ...