Murder probe as woman's body is found in Melbourne with locals saying they saw a man 'covered in blood' and 'trying to jump into trees' at the scene Emergency services were called to a house in Melbourne about 8pm on Tuesday  A woman's dead body was found inside and homicide squad is investigating  Witnesses said they saw a bloodied man with cuts on his arms leave the house  Do you know more? Email [email protected]

A woman's body has been found inside a Melbourne house after neighbours heard screaming and saw a bloodied man leave the property.

Emergency crews were called to a house in Liberty Parade, Heidelberg West, at about 8pm on Tuesday over reports of an alleged aggravated burglary.

When police arrived they found the 61-year-old woman's body.

Another resident was restraining the alleged intruder, 28,

A man talking to police has charged at a @9NewsAUS cameraman at the scene of a Melbourne woman's murder. #9Today pic.twitter.com/A6wyJEJMD4 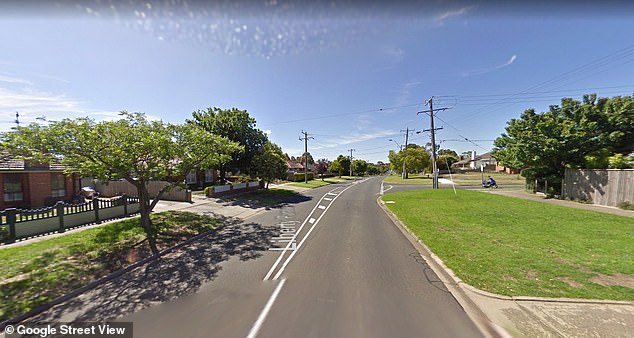 Emergency services were called to a house in Liberty