Animal activists have claimed 64 greyhounds have died and more than 1,200 were injured on Queensland tracks alone in 2019.

Data collected by the Coalition for the Protection of Greyhounds released on Wednesday claimed to show every death or injury report over the course of the racing season.

The group's national president, Dennis Anderson, said the public deserved to know the information as millions of taxpayer dollars are spent on the sport.

However, racing bodies say they are doing all they can to reduce deaths and injuries. 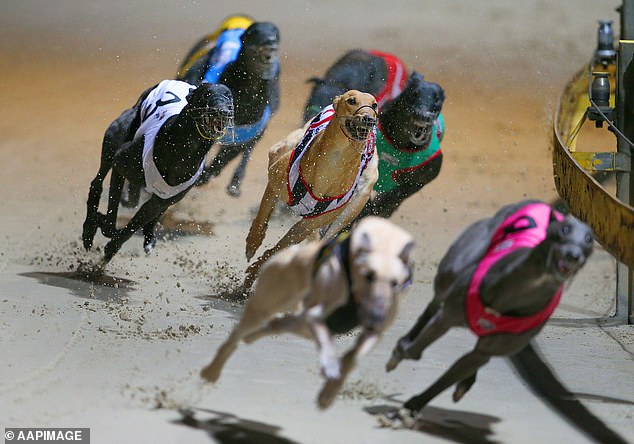 Coalition for the Protection of Greyhounds claimed 64 greyhounds have died and more than 1,200 were injured on Queensland tracks alone in 2019. Racing track in Sydney in 2016 pictured

Coalition for the Protection of Greyhounds president Mr Anderson claimed the statistics came from 'hundreds of stewards' reports'.

'We've compiled these stats from hundreds of stewards' reports. Neither government nor industry release this info in Queensland. This is dishonest when millions of taxpayer dollars are involved, let alone the $39million recently announced for the new Ipswich track,' Mr Anderson said.

He said some of the dogs weren't even two years old when they died - the typical life expectancy for greyhounds is 12.

The group has five key demands they want to push governments across the country to partake in.

These include monitoring greyhounds who race their entire life, the funding of sanctuaries, safer tracks, a reduction in breeding and harsher penalties for