A drug dealer who admitted he's 'never worked a single day' but flaunted his lavish life on social media by kissing wads of cash has been jailed for five years for laundering £45,000.

The 23-year-old used a fake Facebook profile of 'Muyiwa Oluwafemi', to cover up his role as a middle-man in a series of scams. 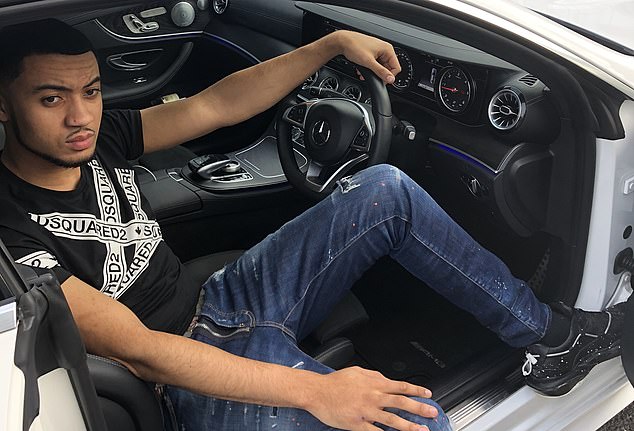 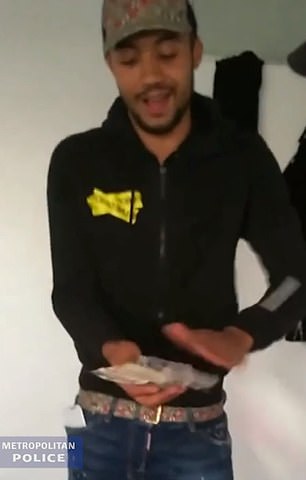 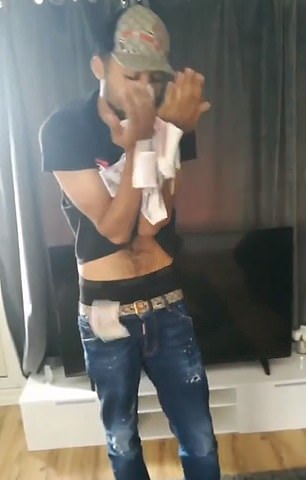 He was cleared last month of involvement in the phishing scam on Wester Ross Fisheries following a trial at Southwark Crown Court.

Aiyegbusi had admitted to never working a day in his life and admitted he was an international money launderer - but not on the scale the prosecution claimed.

Denying involvement in the fisheries scam Aiyegbusi insisted: 'I wouldn't bite off more than I could chew.'

'I'm not gonna sit here and plead guilty and take the wrap for something I didn't do. I understand the totality of loss to Wester Ross Fisheries. I heard they lost something like 50 employees.

'Somebody needs to be punished for that but unfortunately I'm not the person for it and I have no relation to it.' 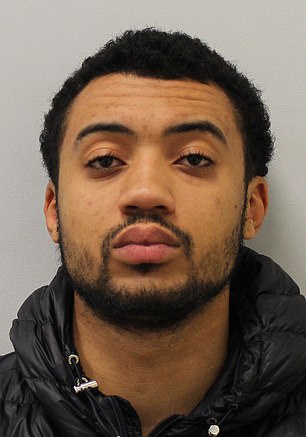 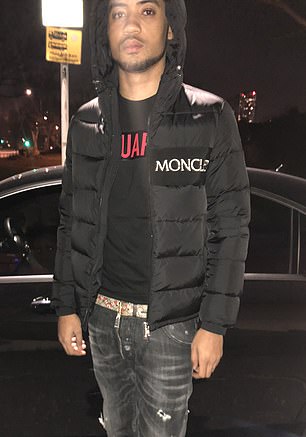 Aiyegbusi (left, after his arrest, and, right, posing on social media) would try and attract people to his scam by presenting himself as affluent on Facebook, using a fake name in an attempt to throw police off despite making no effort to hide his face

Aiyegbusi added: 'My grandfather is actually an elder at a church. I would never lie in the name of God, never.'

Prior to his arrest by the Met's Cyber Crime Unit for money laundering offences, Aiyegbusi had been stopped by officers from Essex Police in Colchester and found to be in possession of 49 rocks of crack cocaine.