'We did it': Brexit Party leader Nigel Farage posts triumphant tweet alongside video footage of moment Britain left the European Union Farage took to Twitter last night to voice his triumph over yesterday's Brexit   'The people have beaten the establishment. The winner tonight is democracy' Arguably made the biggest difference in UK politics since Margaret Thatcher

Proudly writing, 'We did it', Farage posted a picture of himself with his arms raised in the air toward a crowd of Brexiteers cheering and waving Union flags.

He then uploaded a jubilant video of the crowd at Parliament Square last night in the countdown to Britain leaving the EU alongside the caption: 'What an amazing moment!' 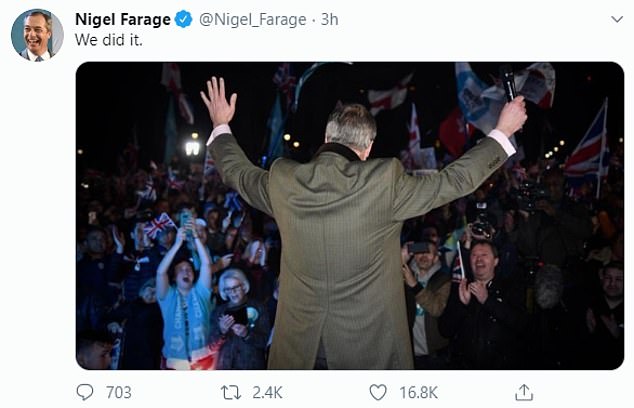 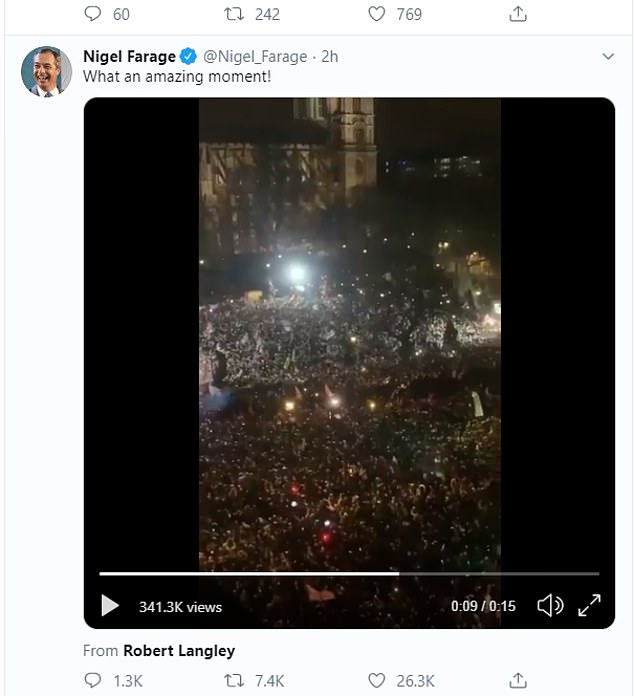 Finally, Mr Farage uploaded another video of a collation of clips from throughout British history.

The footage included speeches from Margaret Thatcher and Tony Blair, as well as England winning the World Cup in football.

He posted the emotional video alongside the comment: 'This is history of the long battle for Brexit.'

Last night, in a rabble-rousing speech to his army of Leave supporters, he said: 'This is something that I fought for - for 27 years and something that many thousands of you gave your time and money for.