'I wasn't worried': Coach driver who was pictured driving British coronavirus evacuees to quarantine without a protective suit or mask says he was told the risk is 'very, very low' Peter Badger, 54, said he did not tell his family before accepting Friday's job He was one of five drivers who took the evacuees to the Wirral after they landed Drivers had been advised to 'self-isolate' at home for two weeks as a precaution

By Liz Hull for the Daily Mail

One of the coach drivers who was pictured without a protective suit or mask as he transported the Britons flown home from China has revealed that he wasn't worried and was simply 'doing his duty'.

Peter Badger, 54, said he did not tell his family before accepting the job of driving them to the Wirral on Friday because he and the other four drivers had been told the risk was 'very, very low'.

And although their coach firm said the drivers had been advised to 'self-isolate' at home for two weeks as a precaution, they were seen mingling with the public in a hotel bar the next day. 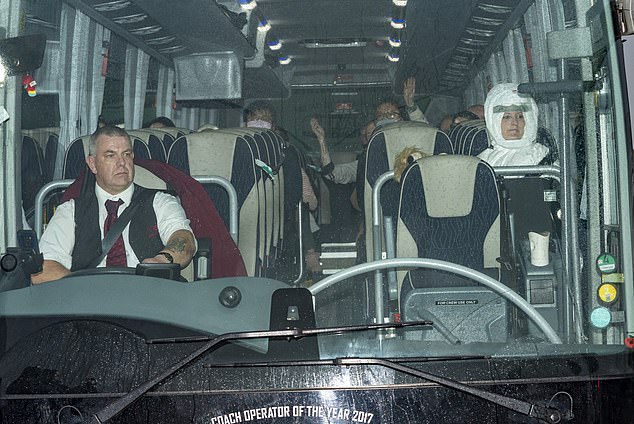 Peter Badger, 54 - one of the coach drivers who was pictured without a protective suit or mask as he

World records coronavirus milestone as WHO warns against a 'paralysing' ... mogaznewsen